The Dutch Design Week is the largest design event of North Europe and I went there in Eindhoven for the second year in a row, thanks to a contact with DDW Press office who helped me in the trip.

This time I understood why I love the Dutch Design Week so much.
It is a design event without all those frills of the various design weeks, starting from the Milan one . In Eindhoven there is nothing fashion and no ages. Just people of all (and say, all) ages enjoying a cultural event , starting from children and ending with elderlies…and a massive admount of nice cafes, cute corners, places where to eat something. Nobody in a rush here.

In the Dutch Design Week design is culture, history, is helping the environment and the society, before then selling products.  It’s research on materials and on fundations, more than on appearance.

That’s why my second article from the DDW focuses on new studies and innovations on materials. Take note! 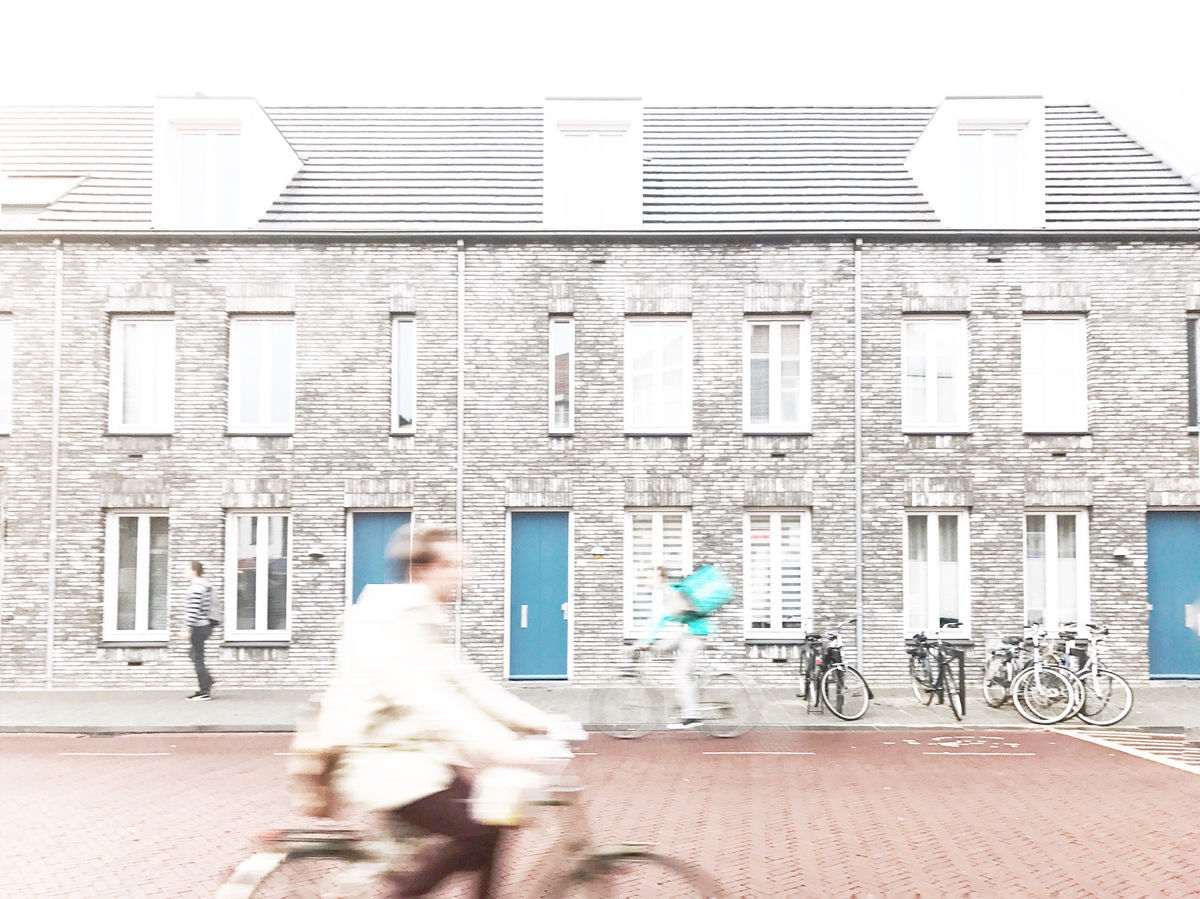 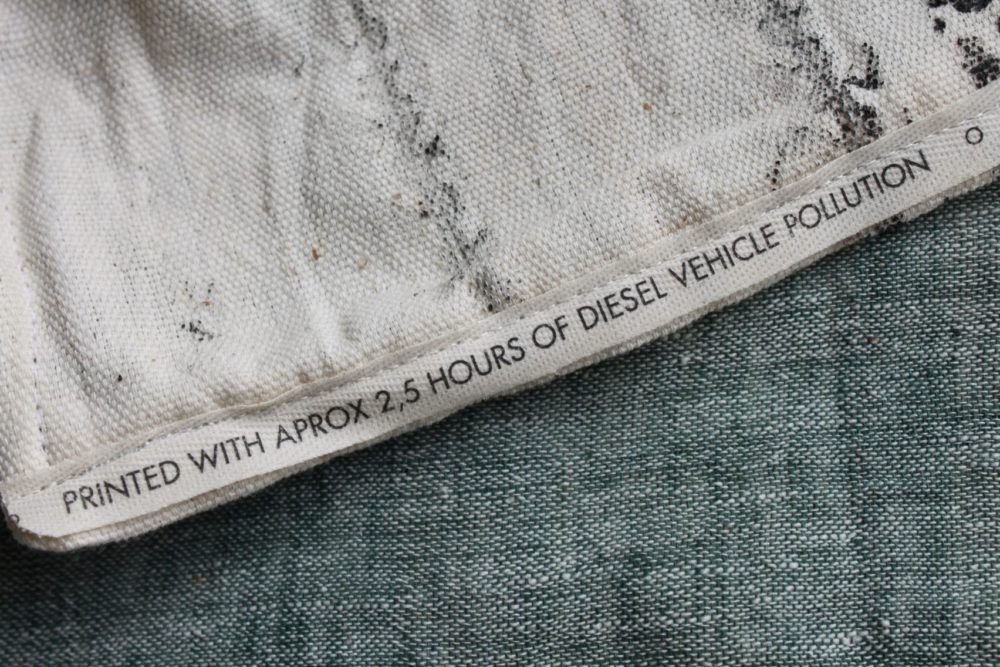 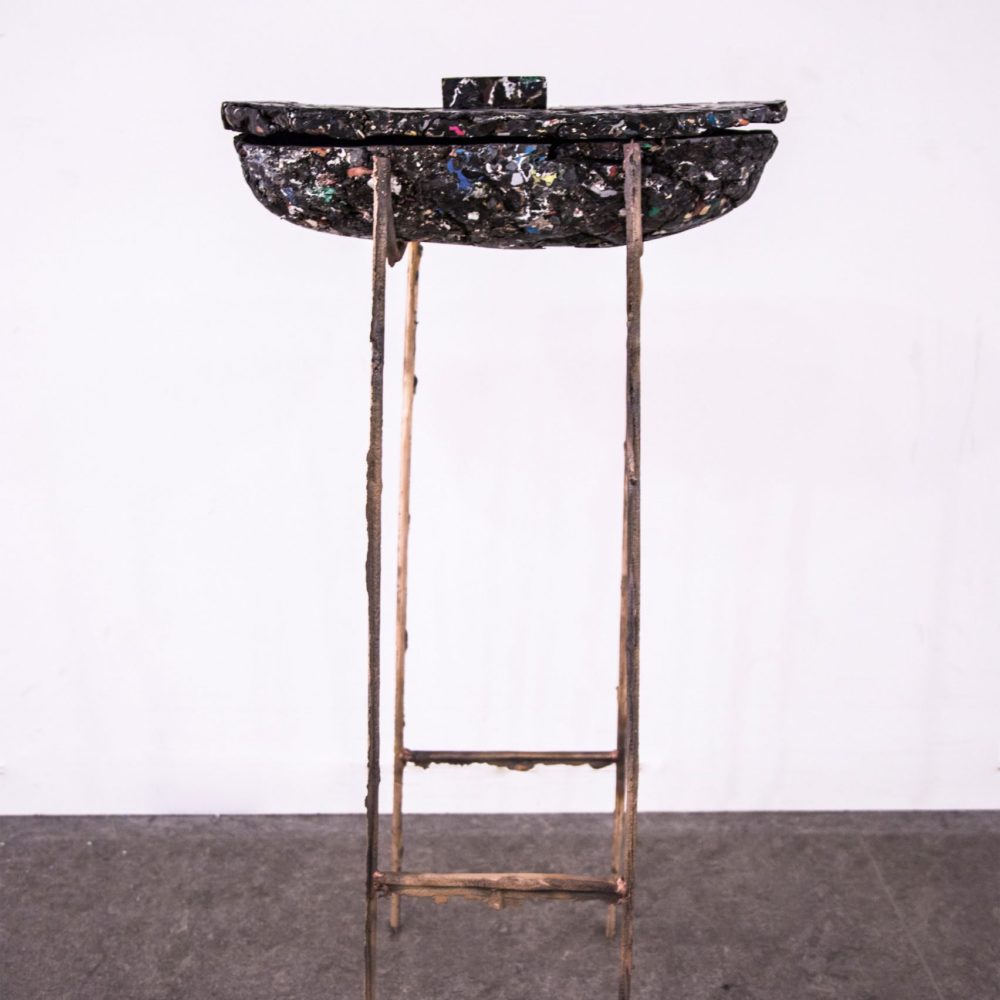 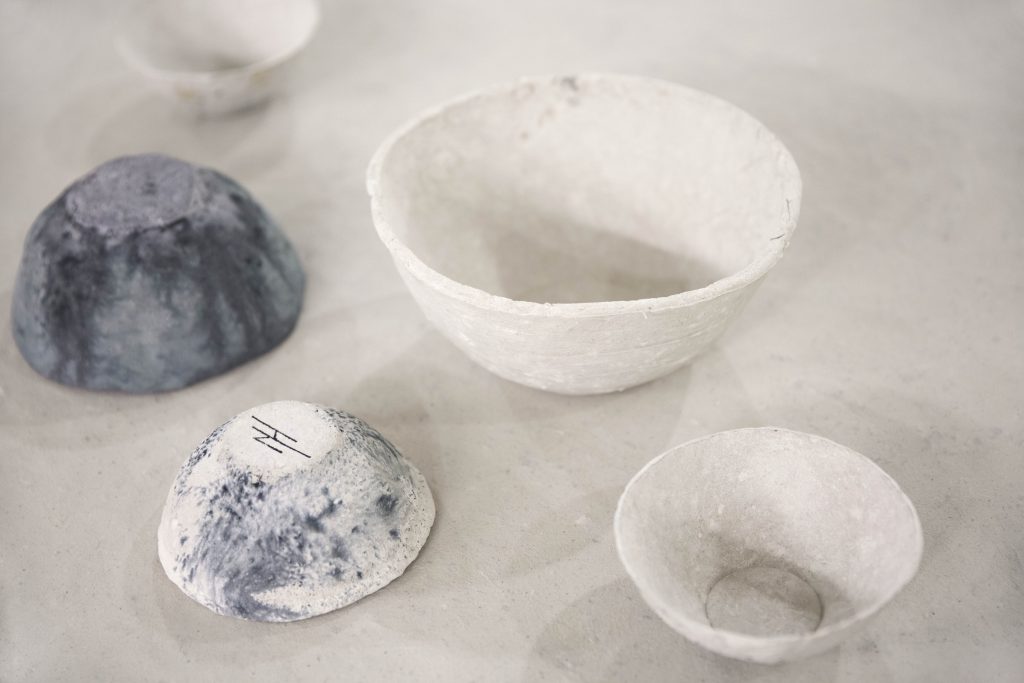 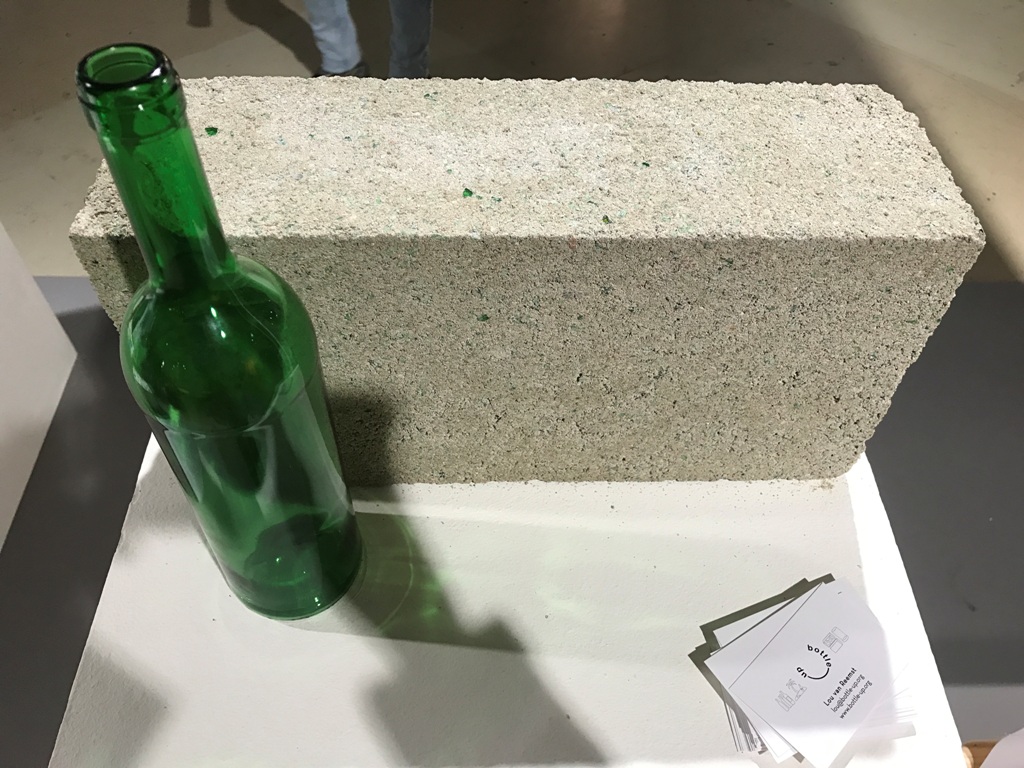 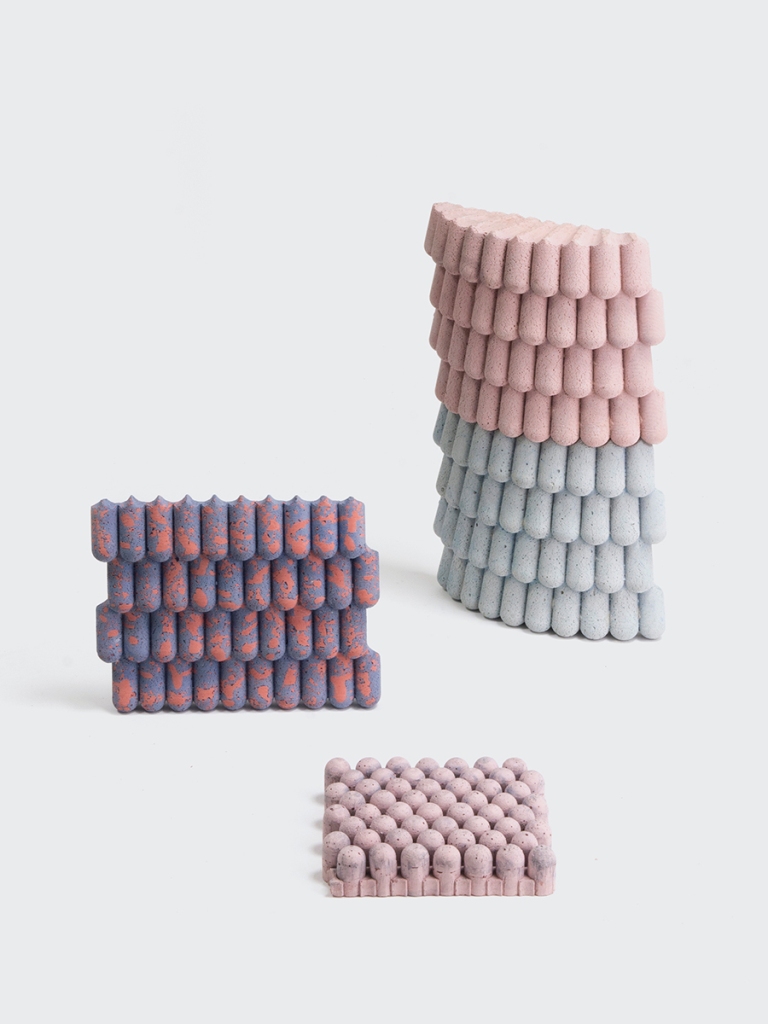 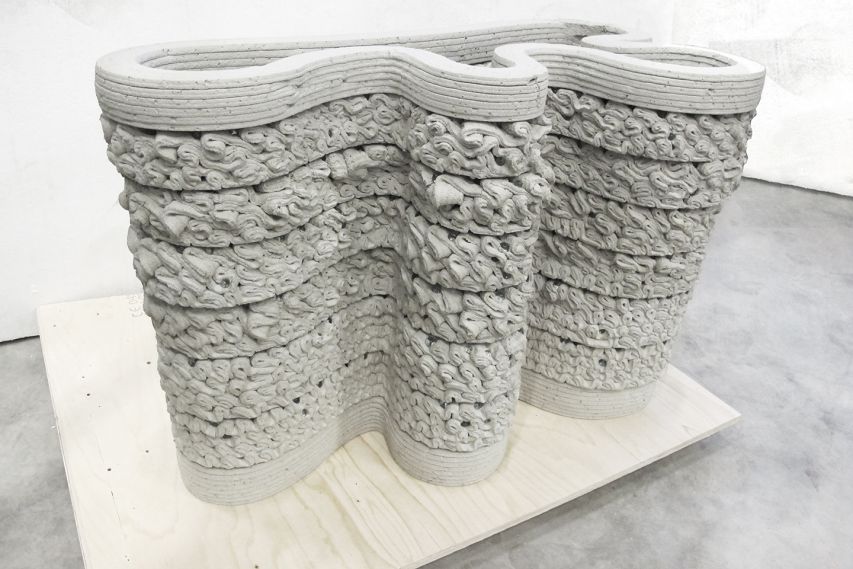 Slipcasting is a technique for the production of ceramics. A liquid clay body slip is poured into plaster moulds and allowed to form a layer, the cast, on the inside walls of the mould. Studio Mieke Meijer constructed moulds from plasterboard, by doing so the object texture appears that reminds of board-formed concrete walls. 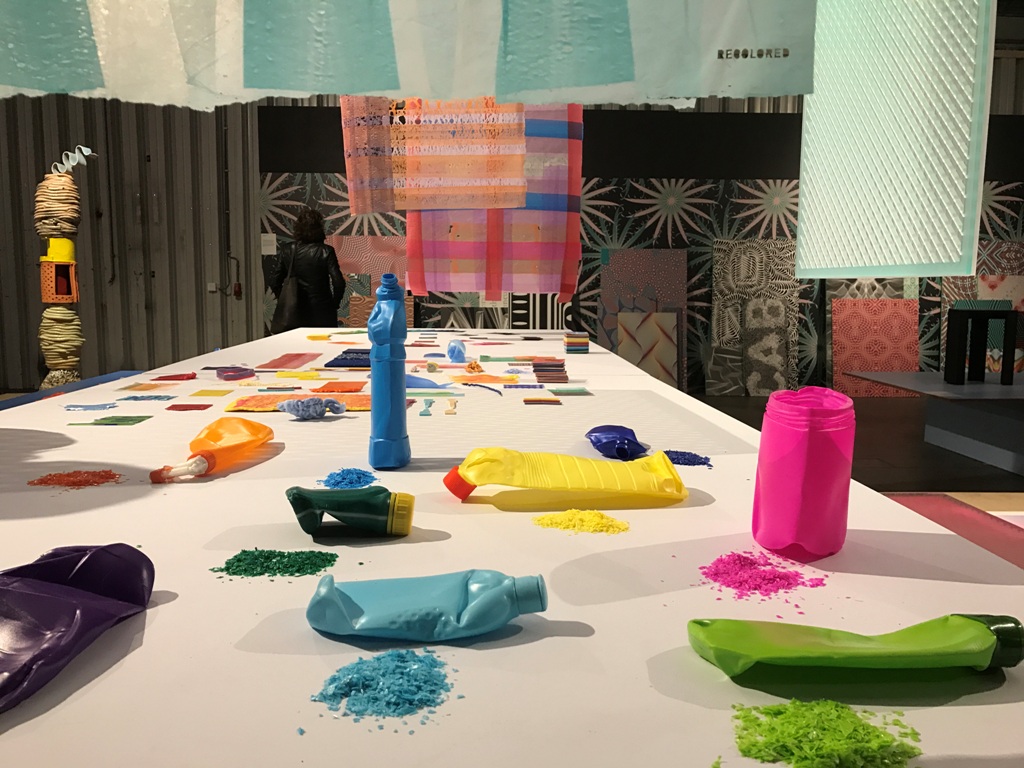 The industry recycles the plastic HDPE to the color gray, a neutral color,and to very limiting color. This work is a study around the possibilities of recycled plastic, originating from experiments with material, color and technique. The research serves as a library of colors and materials in a never ending process to recycle plastic.

‘Firewall’ combines the already known characteristics of concrete with the new possibilities of 3D-concrete printing. The concrete material is naturally strong, has a great freedom and by its mass a large accumulation capacity. With the 3D-concrete printing an even greater freedom of form can be achieved.

Why concrete has to be gray? Pol – as part of the amazing Envisions – experimented with different pigments and various casting techniques, from latex sheets to silicone molds, to create a new look for the concrete.

Currently 2% of the incoming volume of waste glass is used for the creation of the bottle-up products. For the other 98% the bottle | brick could be a great solution. Lou’s results have shown positive results on the creation of an ASR immune building block that withholds 35% aggregate replacement with waste glass cullet. Fragments can also be incorporated in another material, the Trending Terrazzo.

Nienke Hoogvliet developed a series of objects created with reclaimed and recycled toilet paper. The project was developed in partnership with the Dutch Water Authorities, which has been experimenting with recovering energy and raw materials from waste water: used toilet paper can be collected from the water rather than being burned, as it was in the past. They estimates that 180,000 tonnes of toilet paper is flushed down Dutch toilets each year. 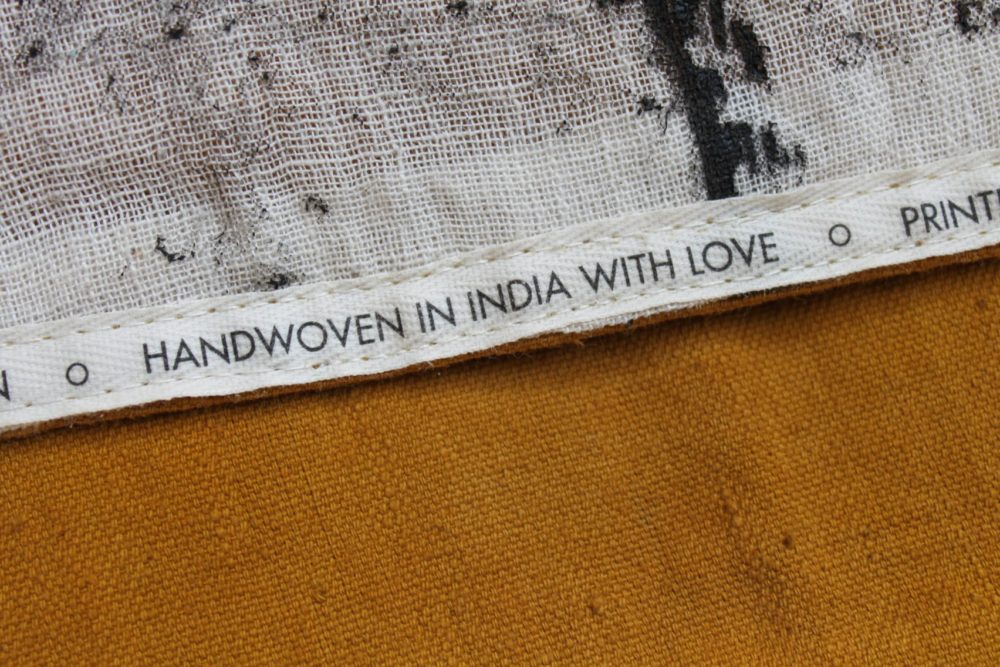 Kelly Gijsen created scarfs printed with a special ink made of air pollution. The Graviky Labs is an Indian startup  made by students which captured pollution to create a new ink they called “Air ink”: AIR-INK is the first ink made entirely out of air pollution. 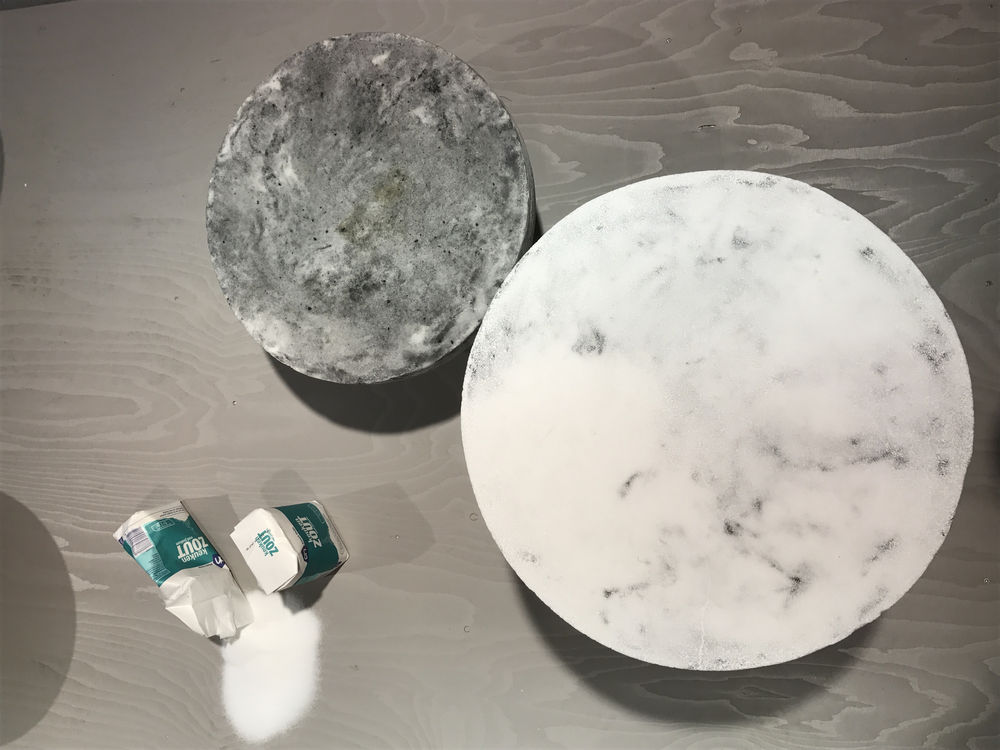 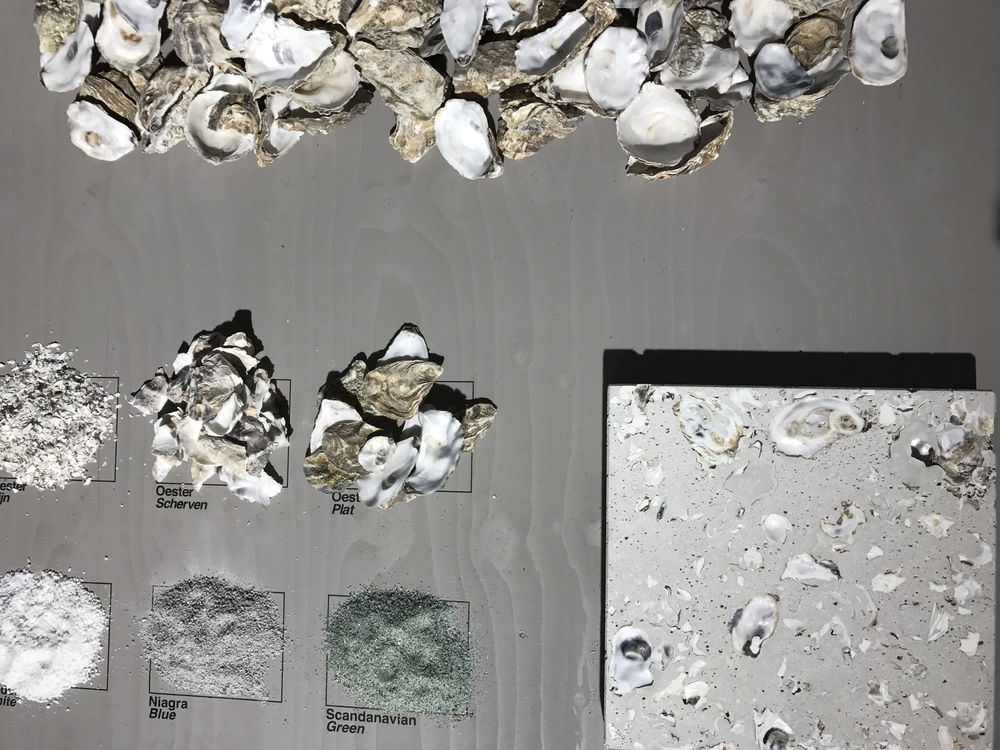 Marjolein Stappers , a DAE graduate, investigated how oysters shells can be reused after thrown away as garbage and she came up with the idea for Oesterplat. The result is an elegant tile collection made of concrete, marble and oyster shells.

Shahar Livne, a DAE graduate, created a clay-like material using discarded plastic: she layered the plastic with minestone and marble dust, two byproducts from the coal mining and stone masonry industries, which are usually discarded.

Best Interior Designs of 2021 according to the...

DESIGN TRENDS | Why curved furniture is the...

10 Inspiring designs in White from the A’Design...

10 Chair Designs for the home from the... DISCOVER THE NEXT TRENDS FROM MILAN DESIGN WEEK 2022

JOIN OUR TREND TALK IN COLLABORATION WITH TRENDSTEFAN.