There’s something for everyone at Fondazione Prada, whether you’re looking for art, architecture, or a café steeped in Italian design. Prada Group has gone the extra mile in opening this cultural institution committed not only to art and culture, but the ideas influencing them.

Fondazione Prada was established in 1993 to explore opportunities and projects ranging from philosophy conferences to research initiatives. The foundation’s home base under the same name opened in May of 2015. Its location in south Milan’s Largo Isarco is set on the large plot of a former gin distillery from 1910, reviving seven existing buildings alongside three new structures supporting the coexistence between preservation and creation.

The project was directed by Dutch architect Rem Koolhaas and developed by OMA based in Rotterdam. Other locations opened by FP include Milan Osservatorio and the group’s HQ in Venice.

“New, old, horizontal, vertical, wide, narrow, white, black, open, enclosed – all these contrasts establish the range of oppositions that define the new Fondazione. By introducing so many spatial variables, the complexity of the architecture will promote an unstable, open programming, where are and architecture will benefit from each other’s challenges.” Rem Koolhaas 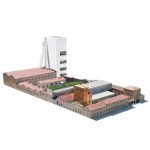 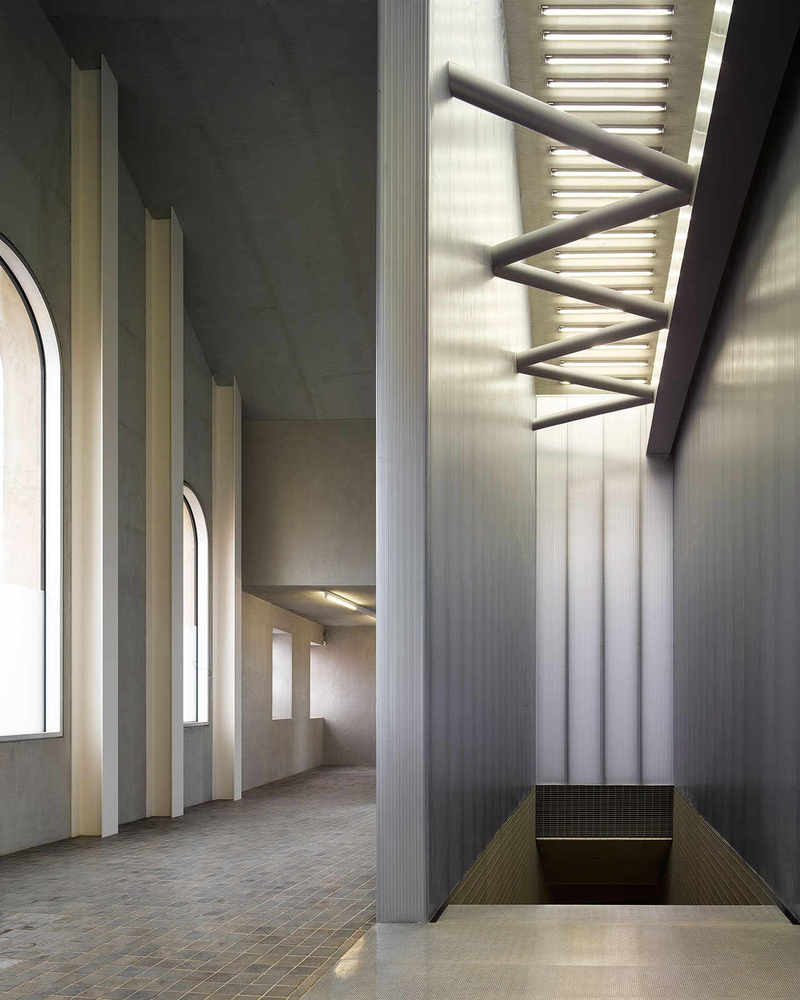 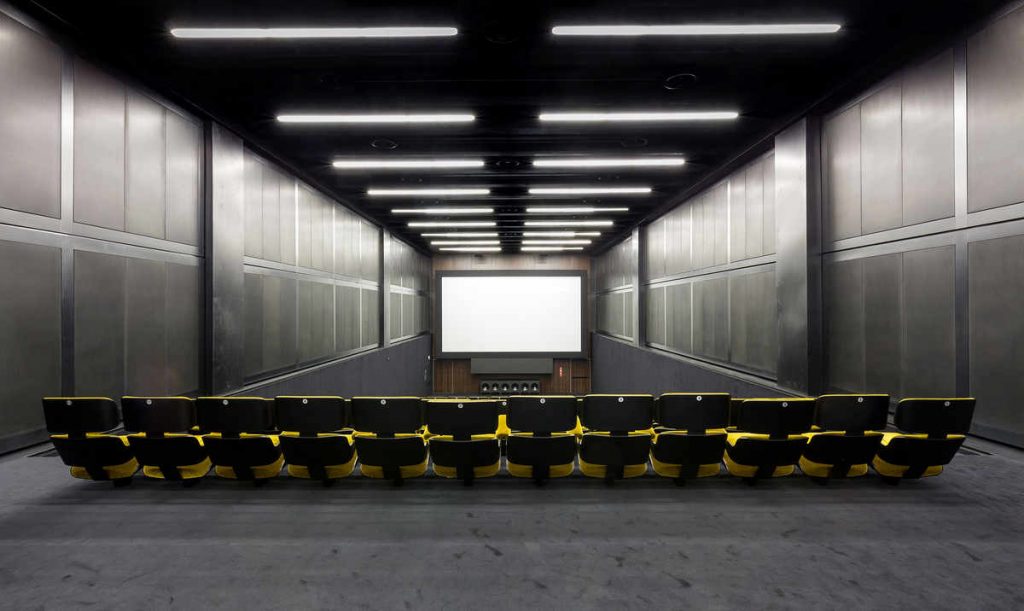 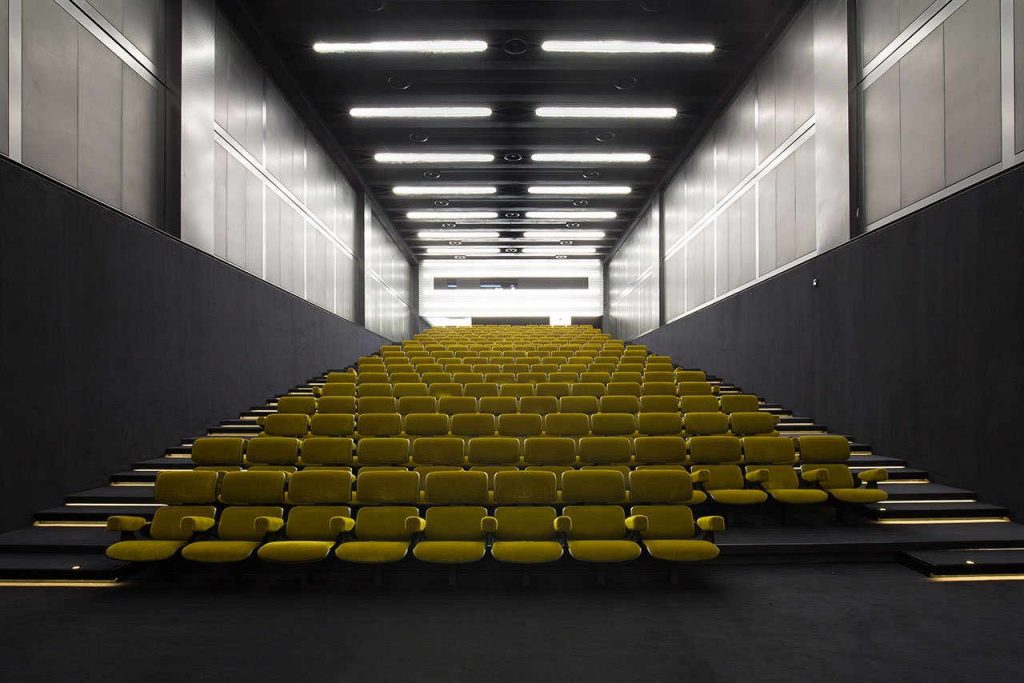 Spaces that were once used as silos, laboratories, and warehouses have been transformed and repurposed while staying within the industrial mood. Open courtyards invite visitors to explore the mix of architecture outdoors after perusing indoor gallery spaces. 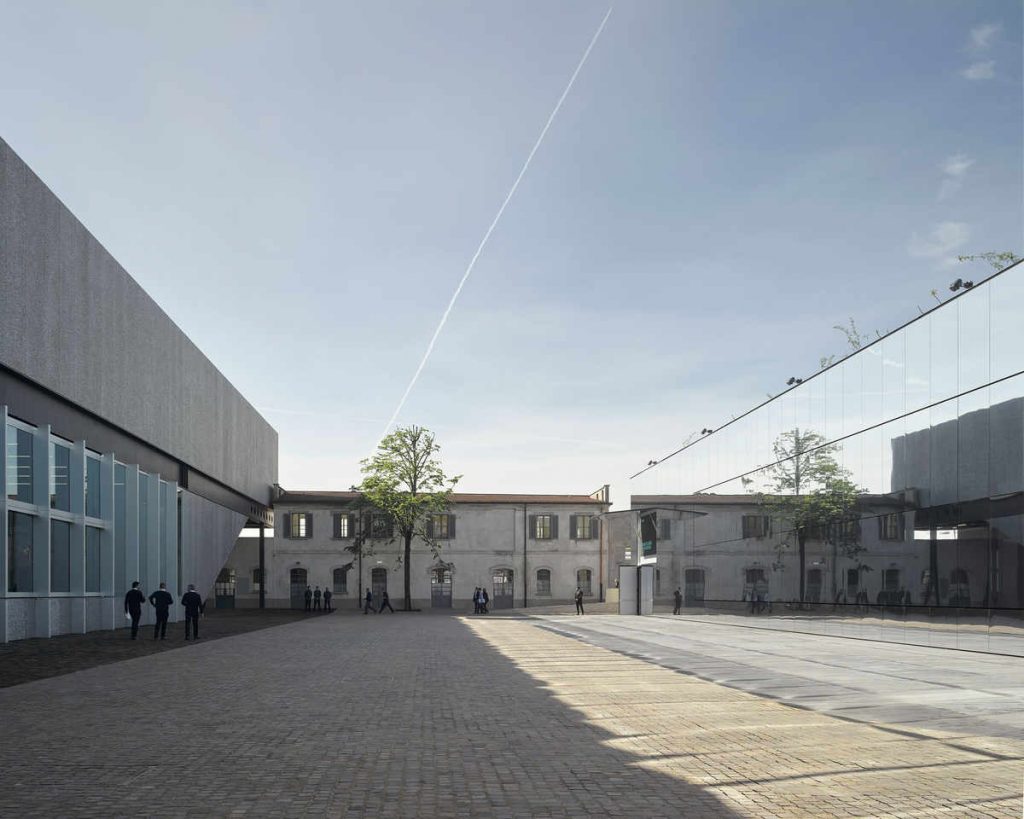 This unique blend of old and new provides spatial diversity inside the buildings to exhibit artistic, cinematic, and philosophical inceptions from Fondazione Prada.

Each building has its own unique details and characteristics, such as the 4-story “Haunted House” building with exteriors covered in 24-carat gold leaf. 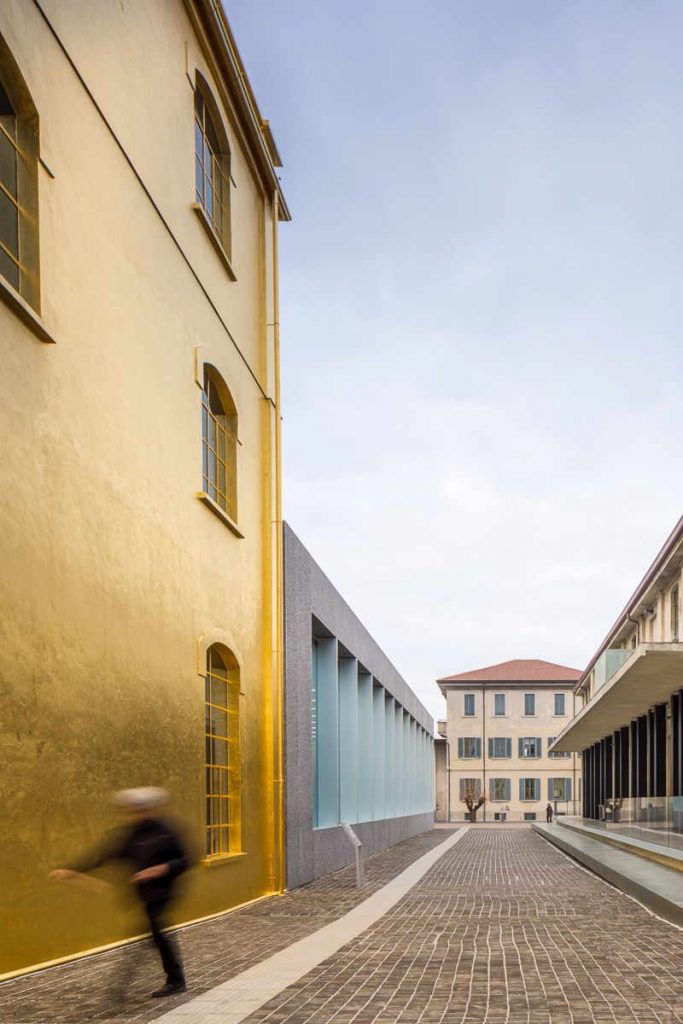 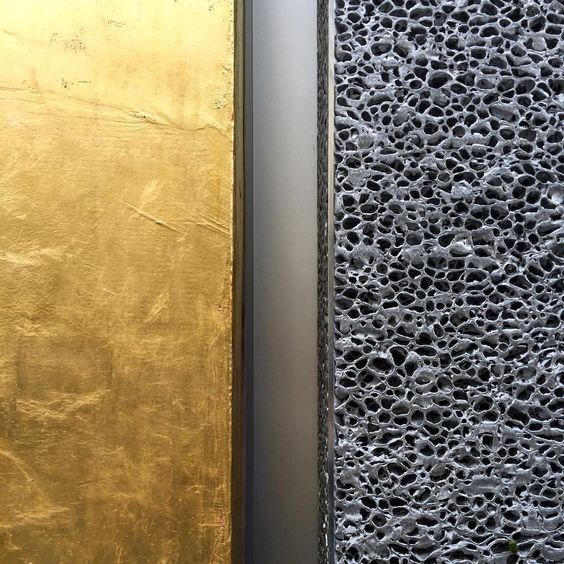 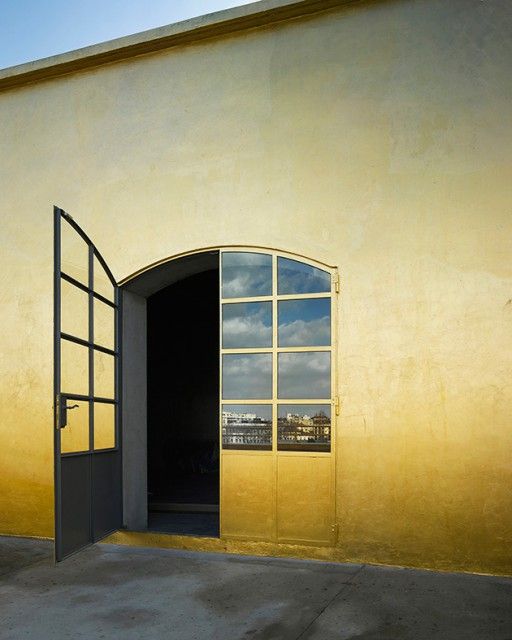 The last element of this expansive project is ‘Torre’, which opened to the public amid Milan Design Week on 20 April 2018. 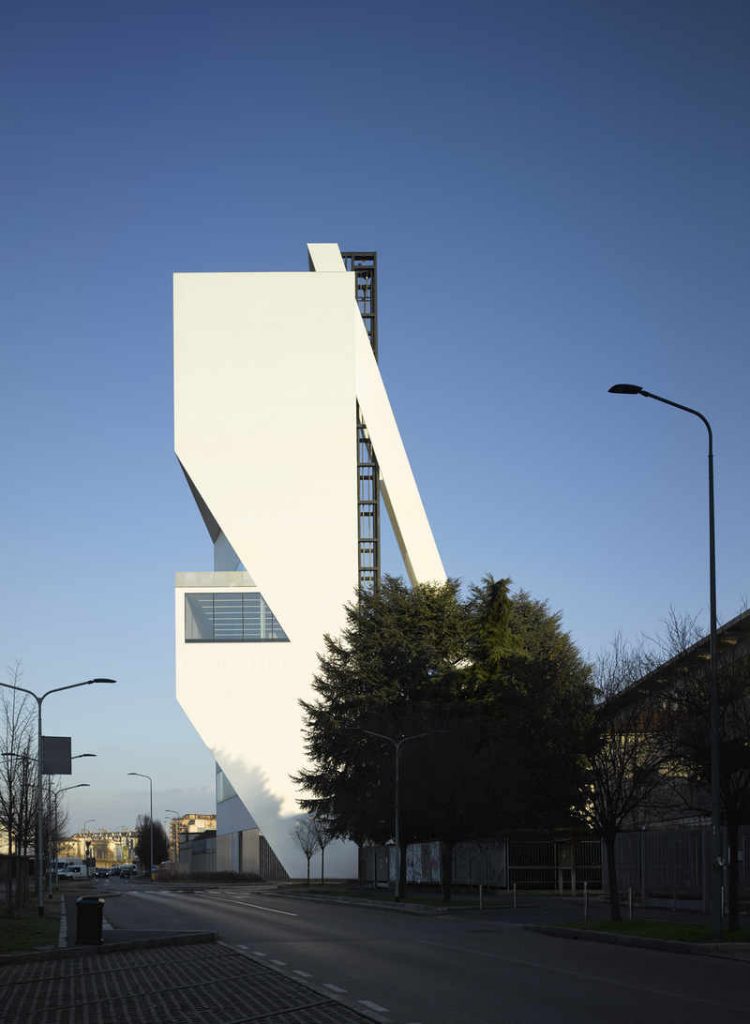 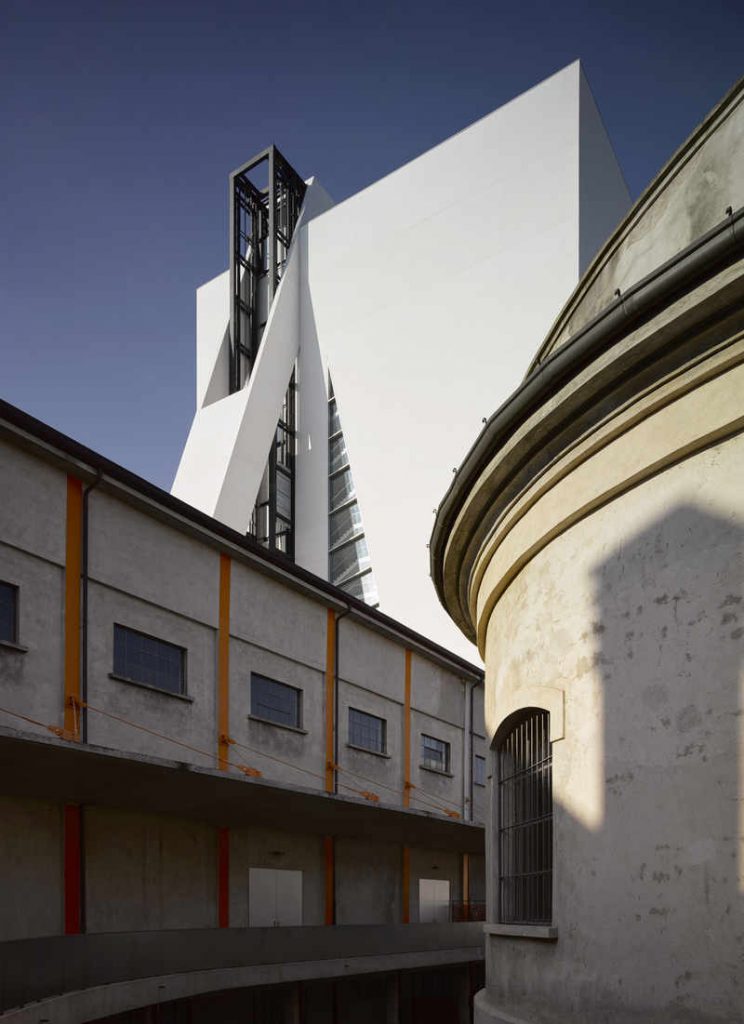 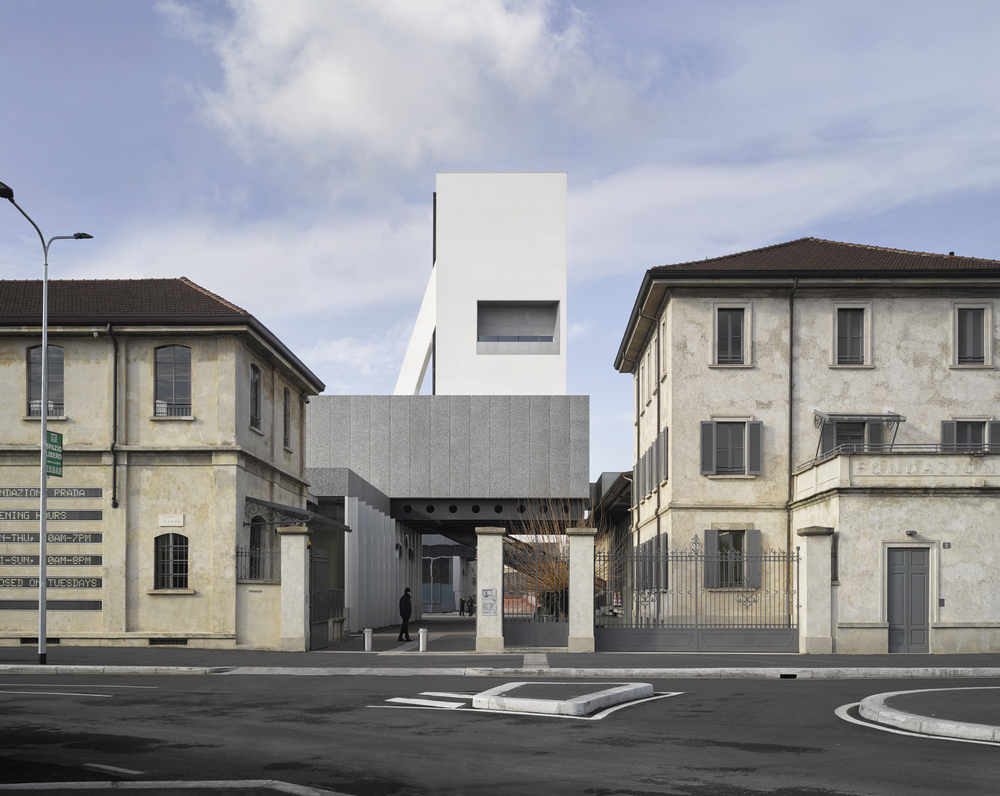 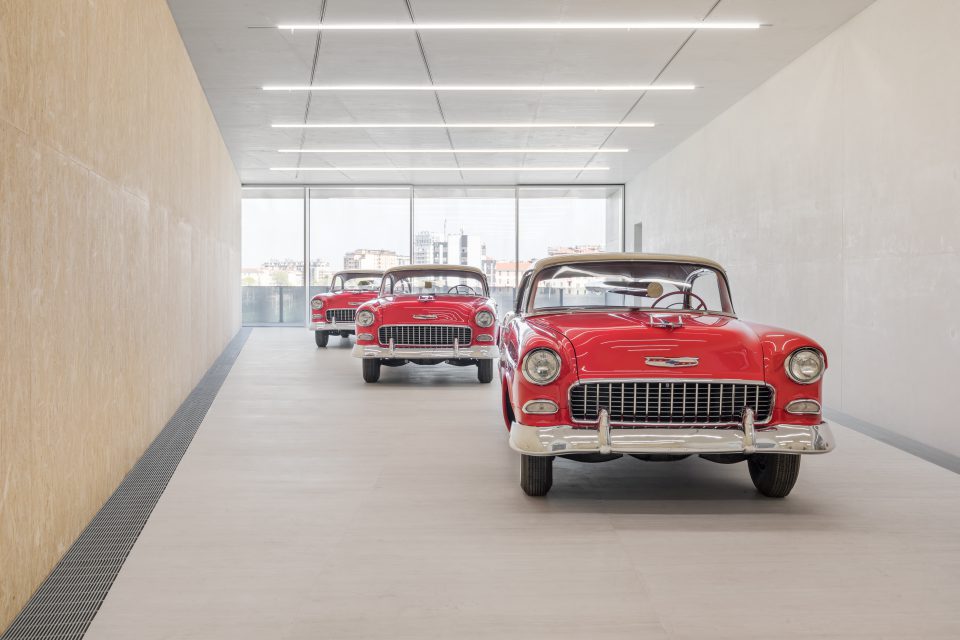 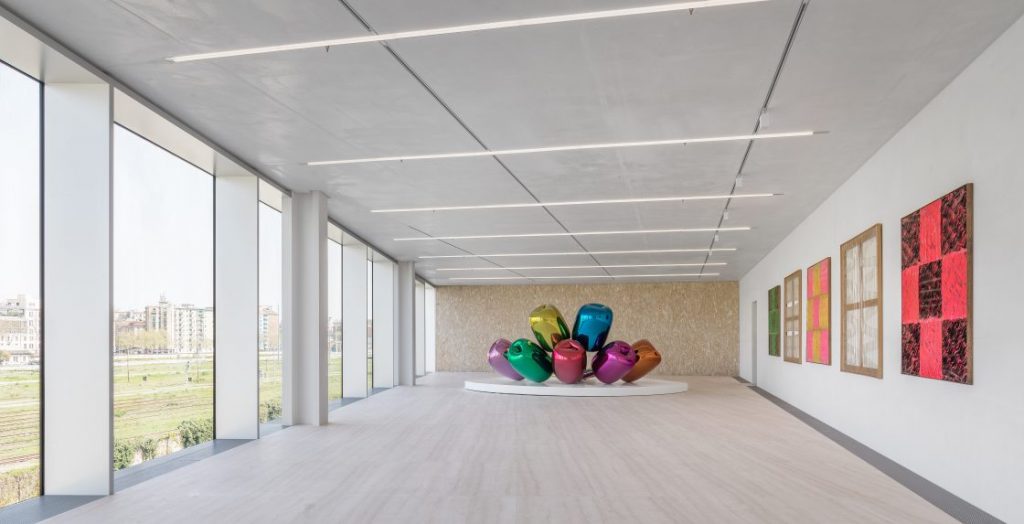 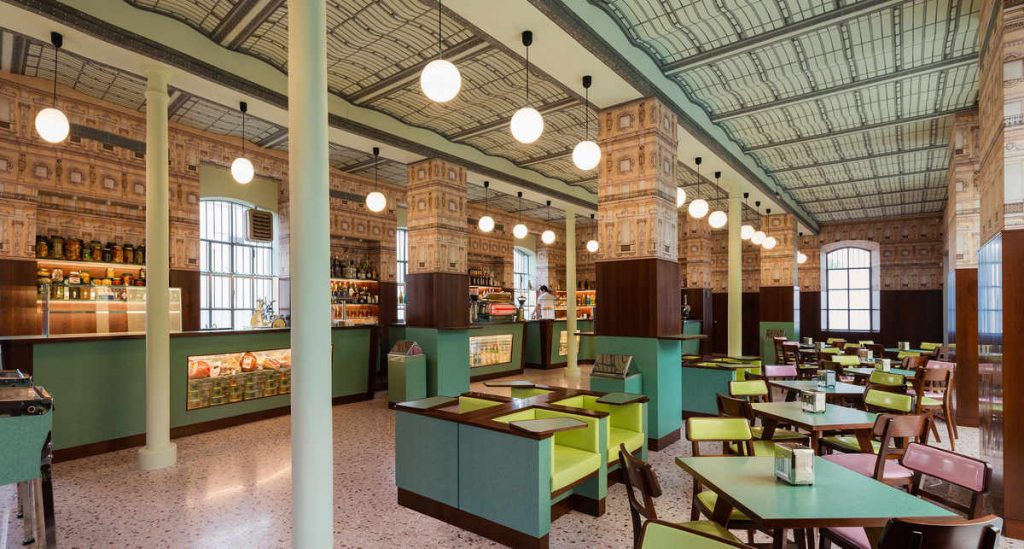 Step into Bar Luce and immerse yourself in an Italian café scene as designed by Wes Anderson.

If you’ve seen Castello Cavalcanti, you know the director has an affinity for recreating Italian design. With help from Roberto Baciocchi of Baciocchi Associati, the same architects of Pasticceria Marchesi, the space lends itself as entertainment for your eyes as well as taste buds, with a full menu of delectable meals and treats including Marchesi cakes and sandwiches. 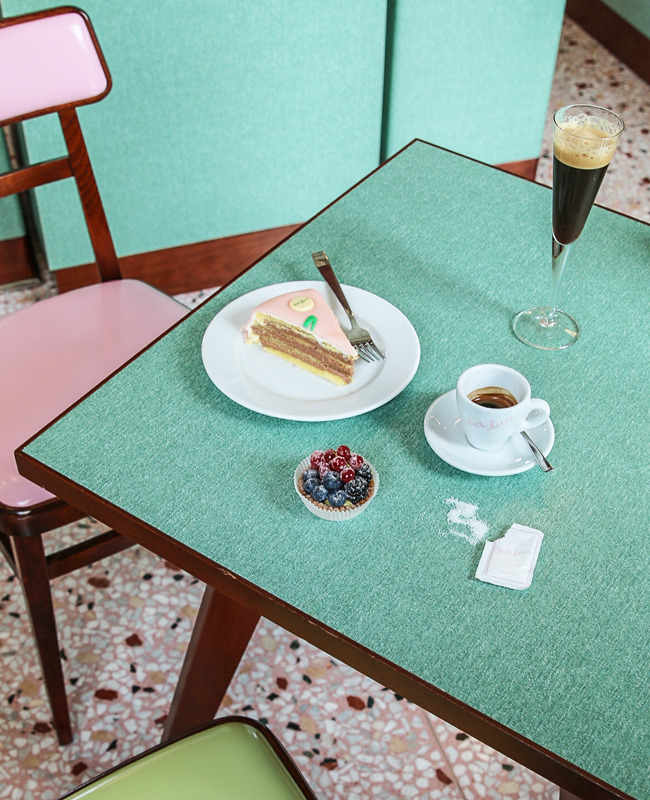 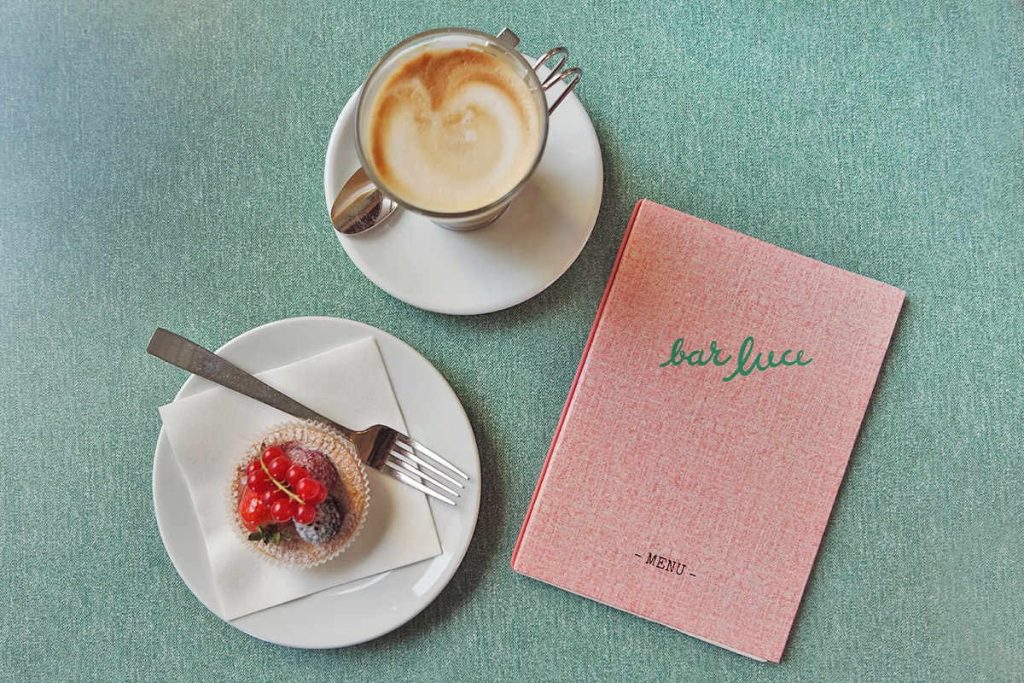 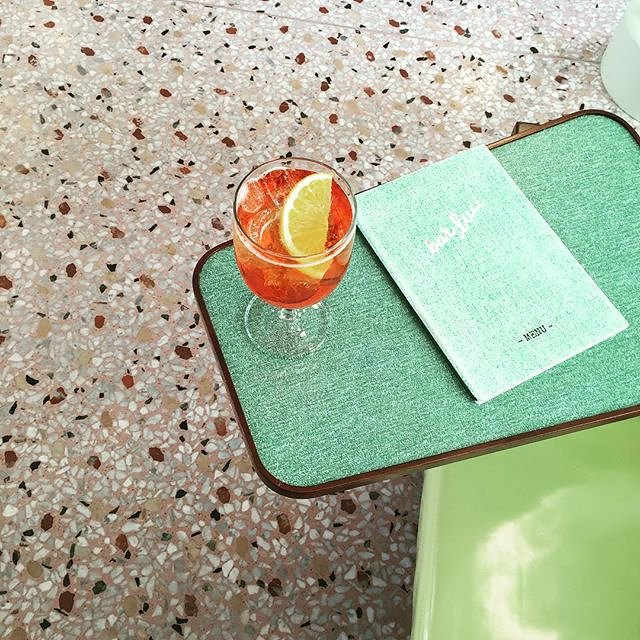 Each element is perfectly posed to spark your creativity, with wallpaper on the walls and ceiling mimicking architectural features of Galleria Vittorio Emanuele II.

Whether you’re working on a screenplay or just taking a coffee break, the formica furniture, juke box & cinematic arcade games, and dashing wait staff will transport you to a 1950’s/60’s Milanese café. 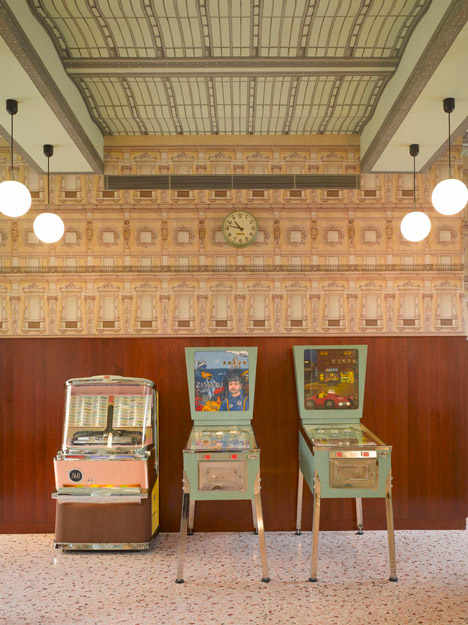 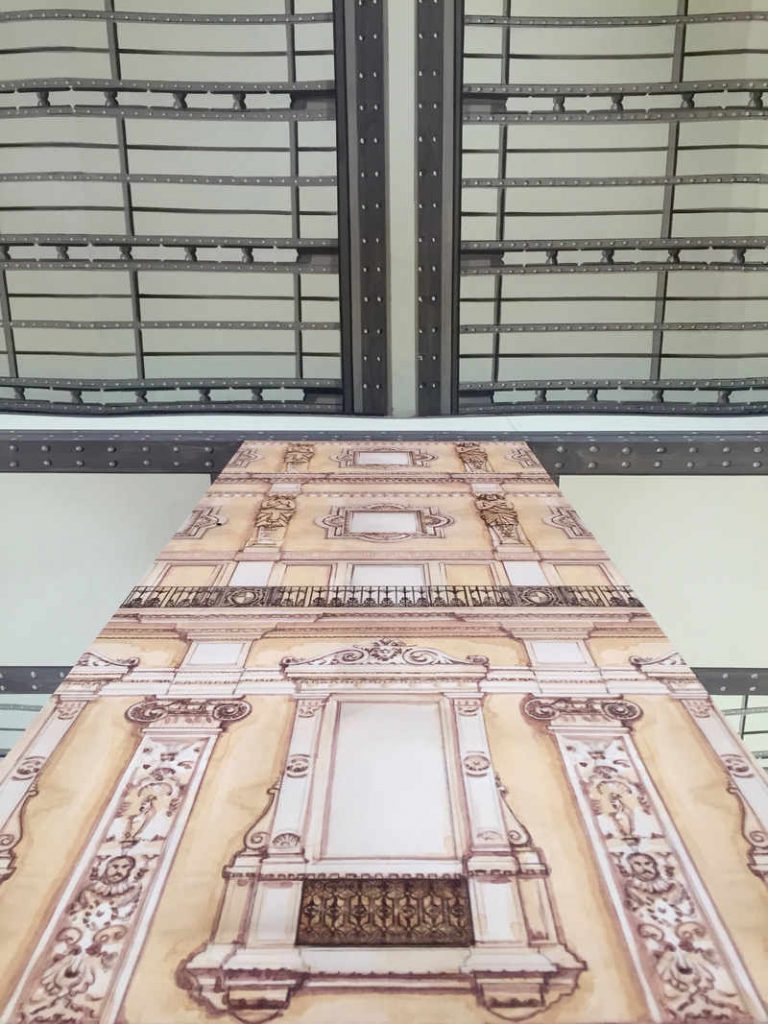 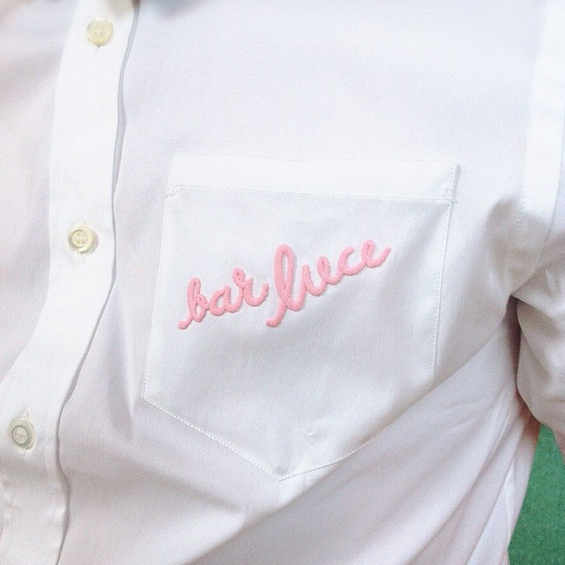 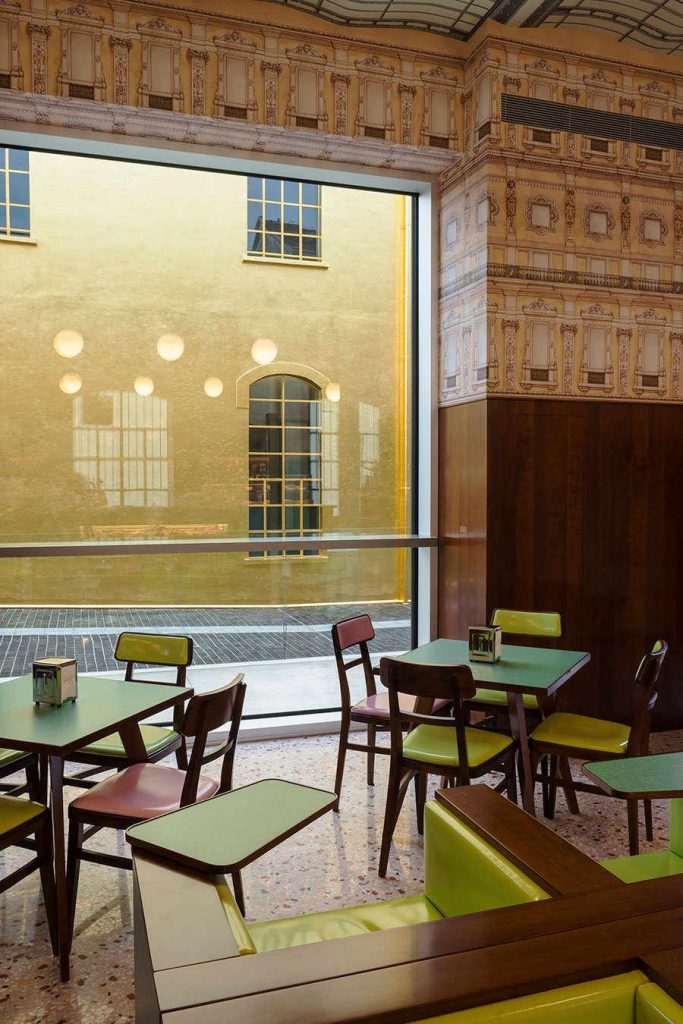 If you find these interiors inspiring, you’ll love Elisabetta’s article on The Budapest Café  in Chengdu, China – designed by Studio Biasol (also inspired by Wes Anderson!).

PS: Use our Milan Design Guide to find more gems around Milan!