7 emerging designers to watch out from Milan Design Week 2018

You may know that this year Elisabetta decided to create an independent e-book about MDW18.

–Here you can find the post where she announced it–

The goal is to tell you all the most interesting news spotted at the MDW and the latest trends in interiors and design as seen in Milan. Me and Grace were enthusiast to take part so we all approached the design week looking for new materials and innovation. Therefore emerging designers were a must-see. We went scouting them in different design districts, such as DoUtDesign (Sant’Ambrogio Design District), Ventura Future and Salone Satellite.

Among all, I was so lucky to interview Christian Andersen, head of design for Republic of Fritz Hansen, and his opinion about young designers was quite interesting:

“Young designers nowadays approach brands and they are all so talented. They are interested and they try to understand the brand values, it’s just another wave of conscious designers coming up and I think it’s globally spreading. There’s a very little hole you need to pinch yourself through because the big designers control a big part of the market but I think it’s an interesting trend” – Christian Andersen

–You can read the full interview in the e-book –

Let’s have a look together at some cool emerging designers to watch out from MDW18!

This product was part of a bigger project called “Illuminazioni”, which is meant to help young designers to go beyond traditional lighting design.

Pomo by Virginia Alluzzi and Caterina Capelli is a pendant light which is made of soft silicone rubber and invites you to grab it. People can hold it (the bulb is in fact the only grabbing point) and then they can move it at their preferred height. It inspires a relaxed relationship with the light source. 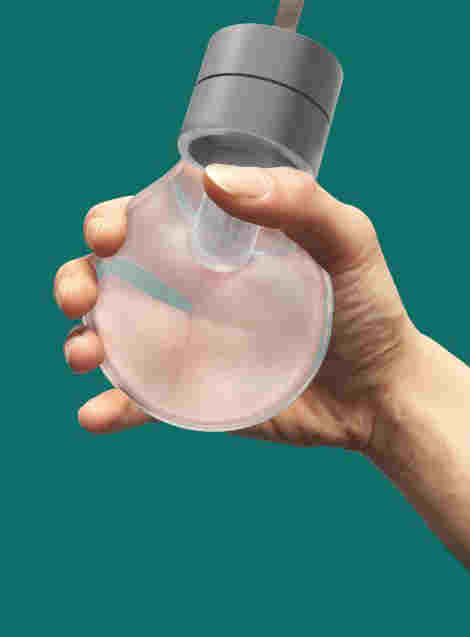 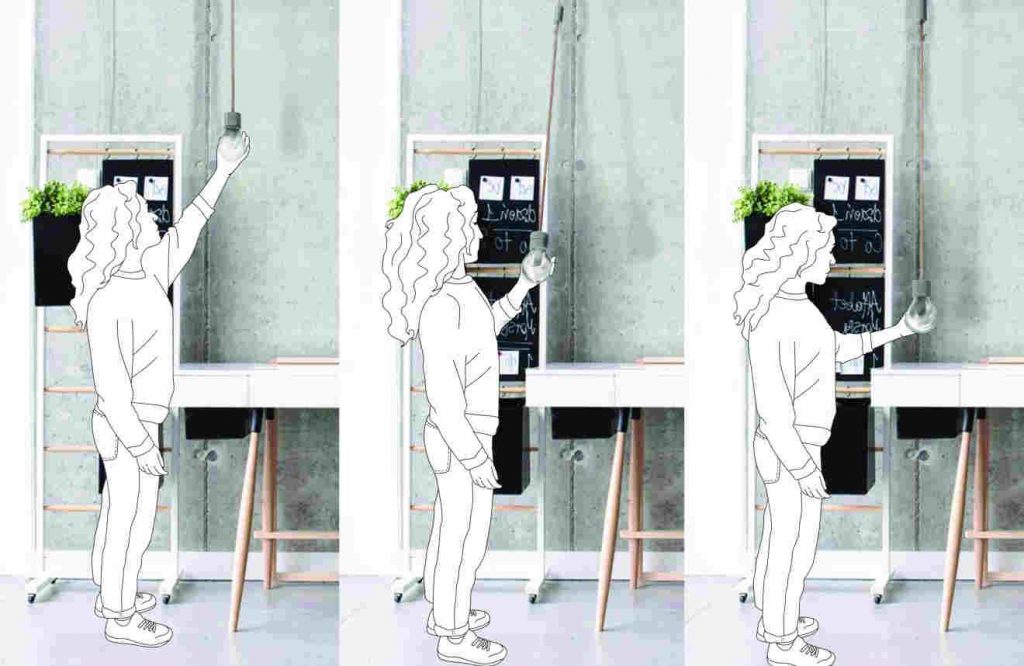 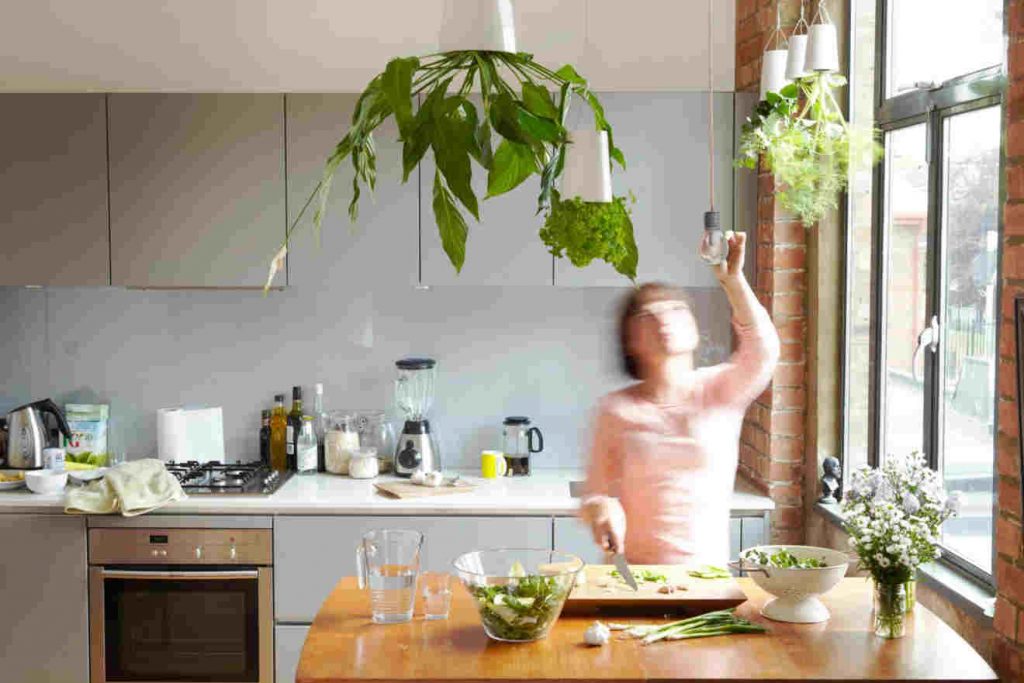 Lorenzo’s work is very sculptural. He designs furniture, lighting and accessories with distinctive volumes and bold proportions. I really liked a sculpture of his, made of two different parts: a red base and a steel arc above.

At a first glance it looks like the two parts are connected while in reality they are not. The arc lays on the base, while the two volumes at the edges create balance. So that the arc is free to rotate at 360°. The result is surprising and really elegant. 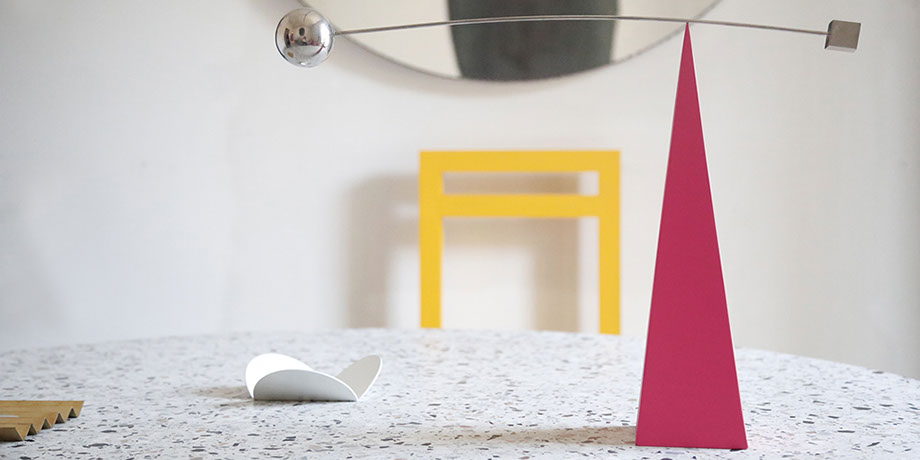 Design Soil is a design university project with the aim of exploring experimental themes.

How can we challenge ‘ordinary’ in our own design?

Their 2018 projects is called Fantasia and it’s inspired by the Munari’s book of the same name. Their designs are generated from the observation of daily life, and also some chapters from Fantasia. Orb is a sun ombrella where all parts are pure volumes that can be disassembled. Hold Me Thight is a set of brush and mirror, which can be put together, hung and brought around. 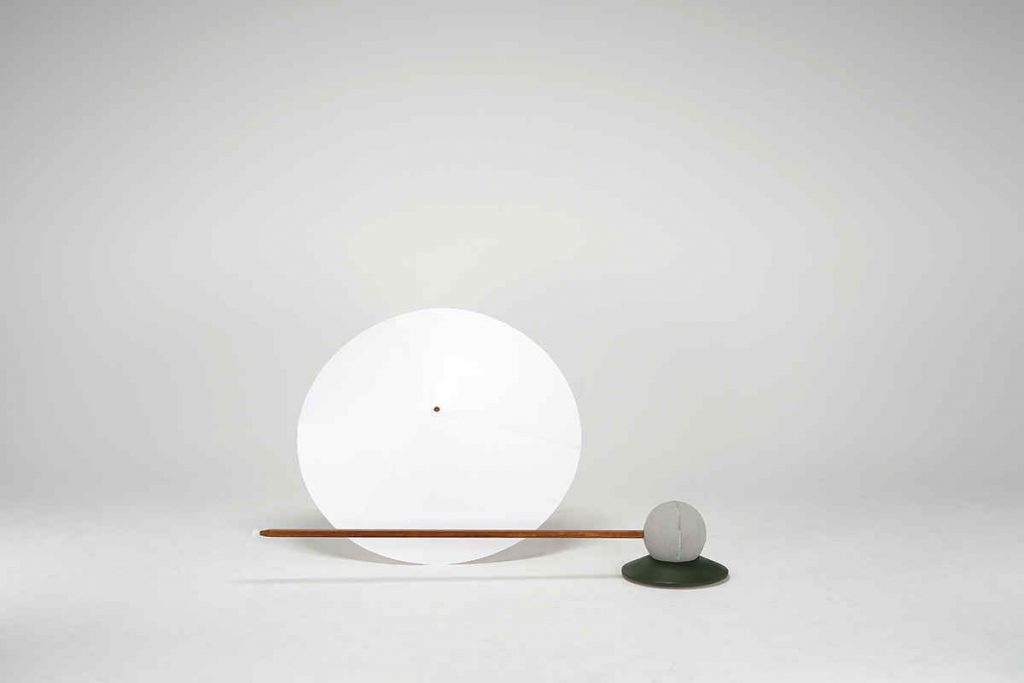 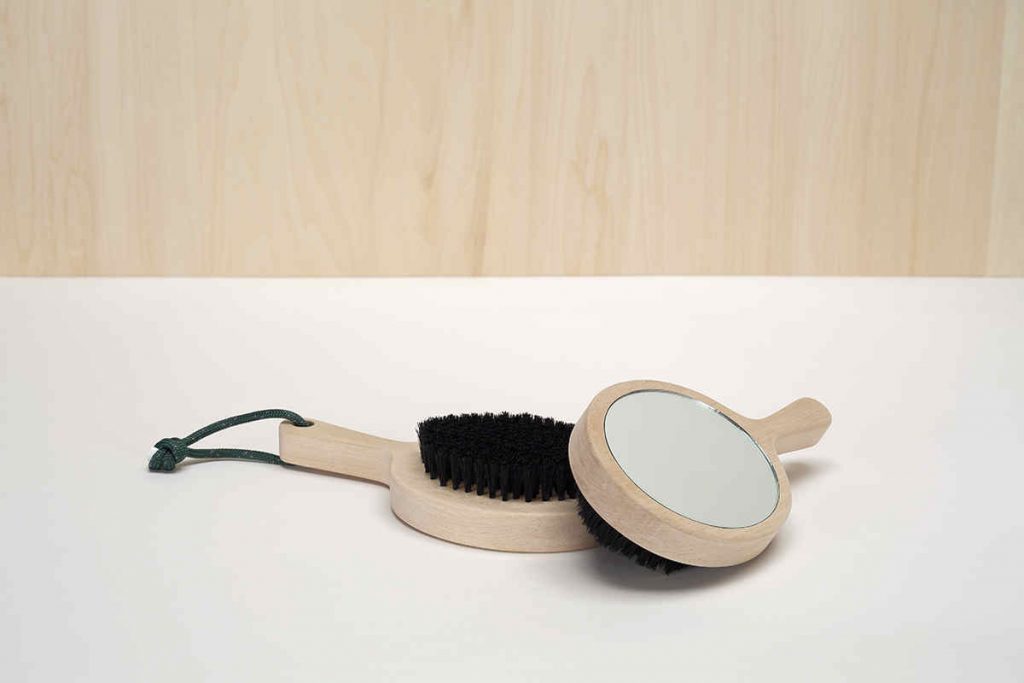 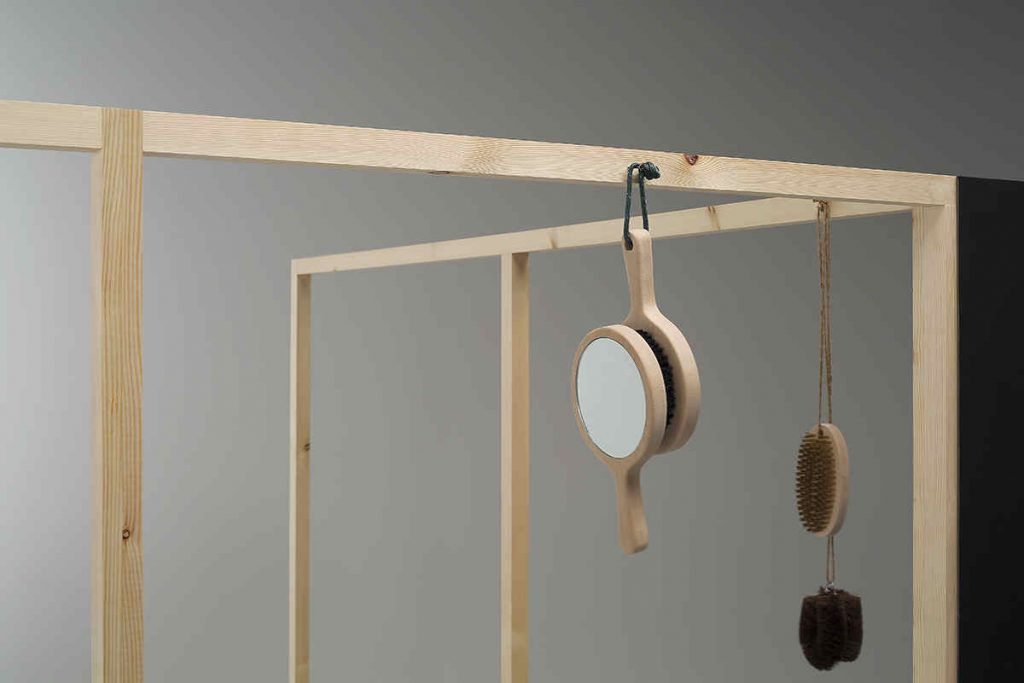 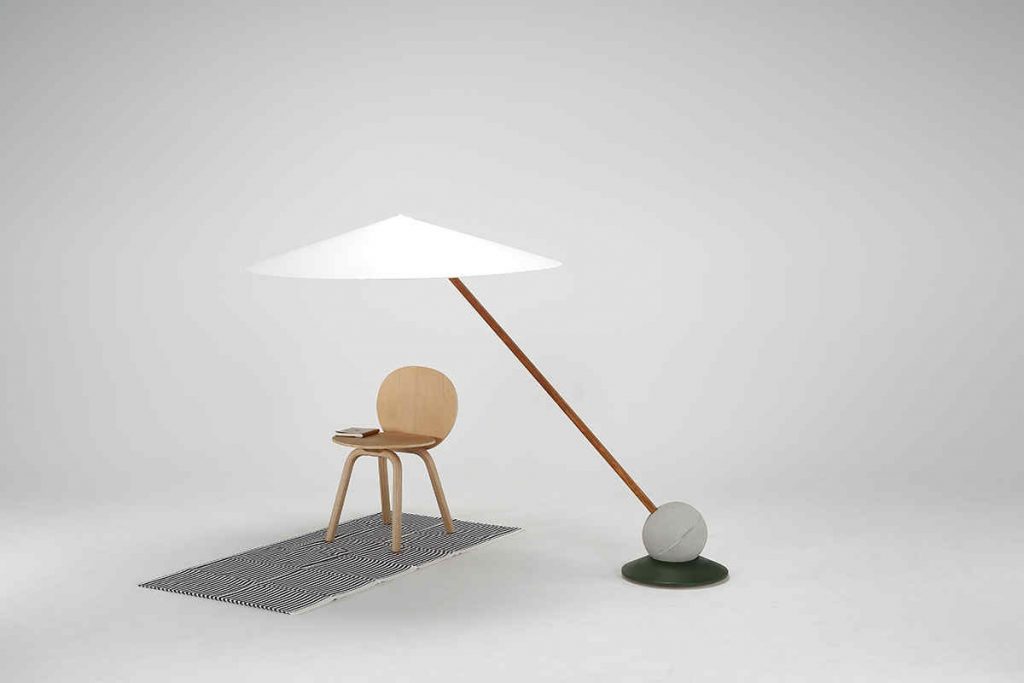 Ecopixel is an Italian project by Claudio Milioto and Jan Puylaert. It is basically a new way of recycling plastic and its strong point is the never-ending recyclability.  Thanks to its low melting point, the material can in fact be re-melted an infinite number of times without losing its properties. As a result, the ecological impact during the production is much lower than normal plastic.

The material gains a characteristic colour which is different for every piece, because it depends on the colours of the recycled materials that are available at the moment at the factory. I think that it’s quite interesting that an industrial process ends up producing one-off pieces! 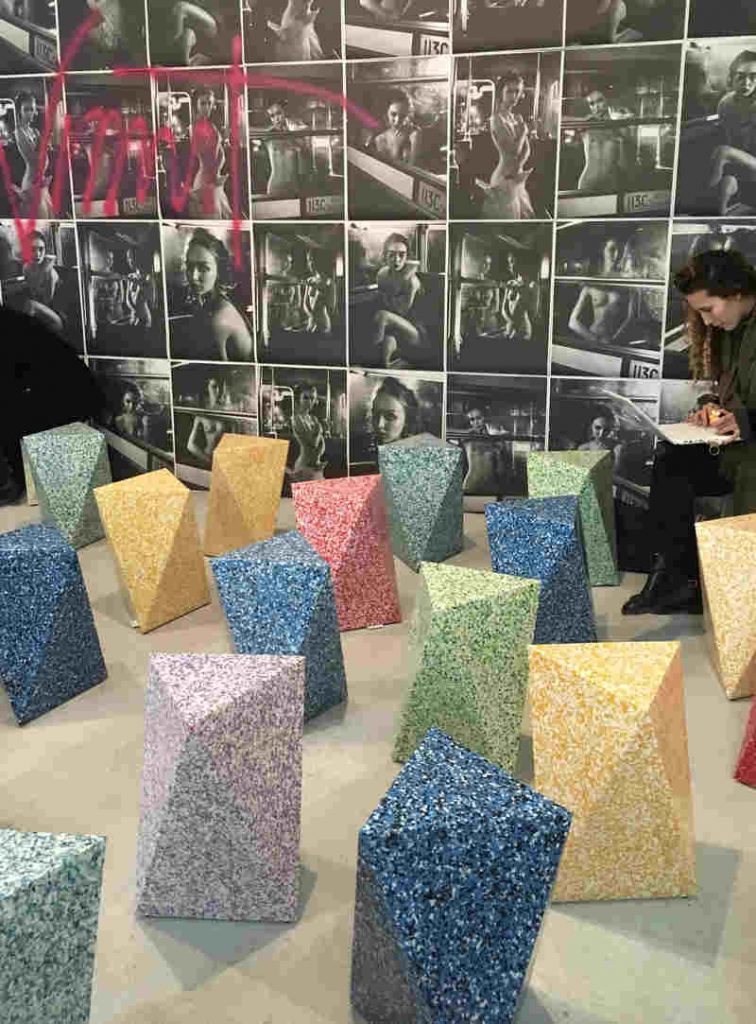 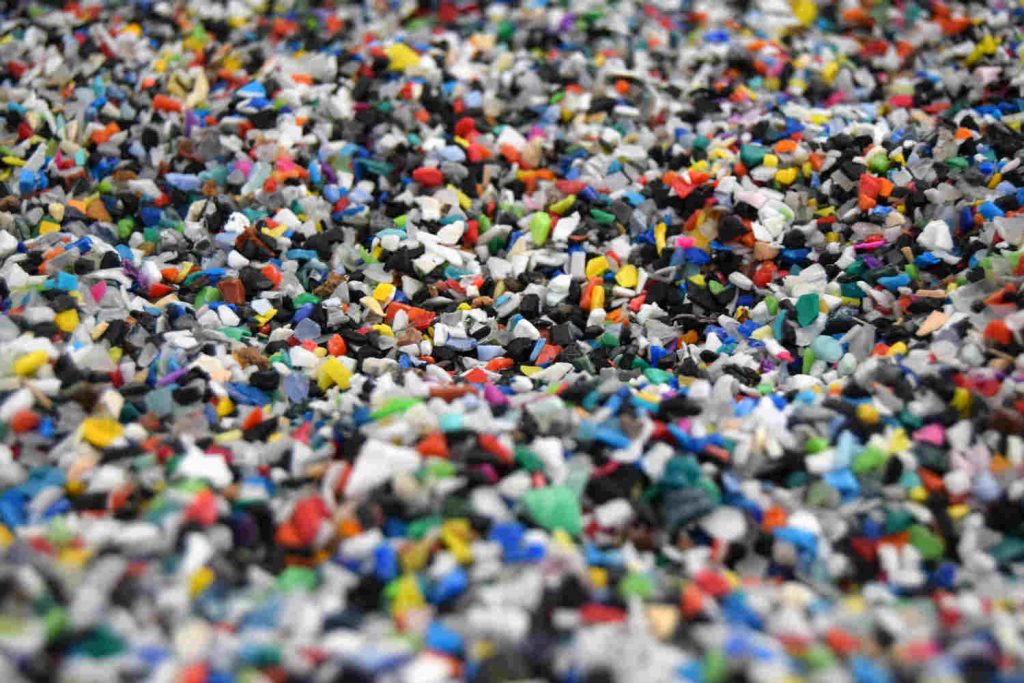 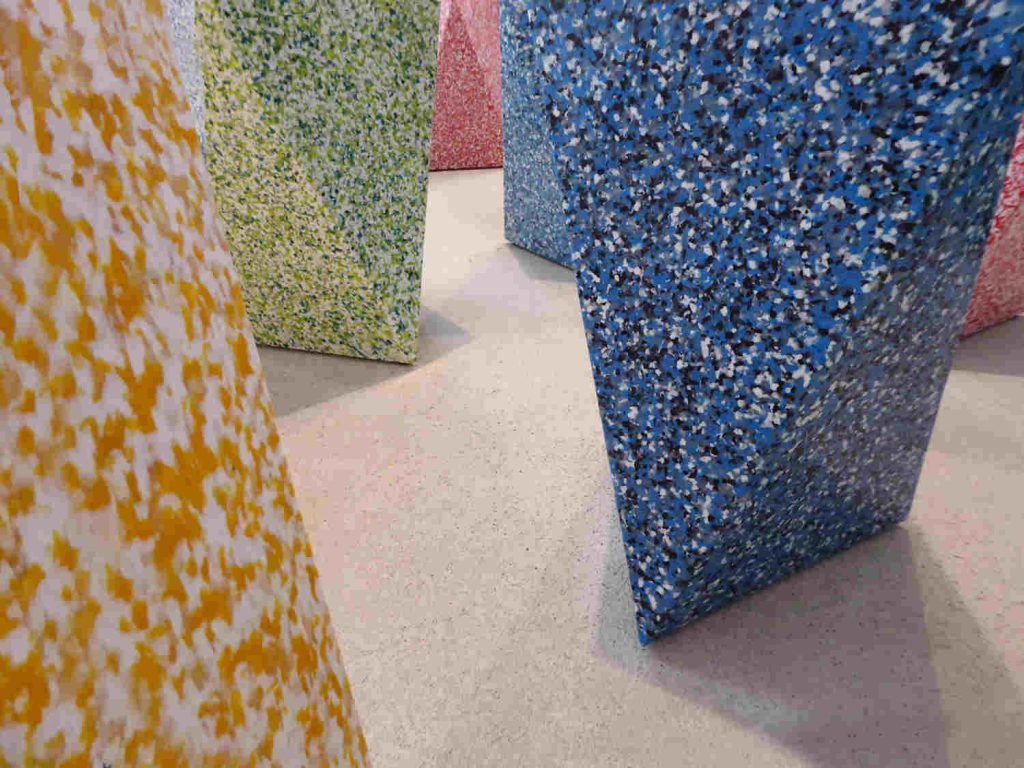 BEEM is a new lighting brand launching a new LED-bulb technology that allows to create fluid forms that were previously impossible to manufacture. Their first product is in fact called Smile and Curli, generating an emotional response from the user.

|| You can read a full interview on DeZeen here 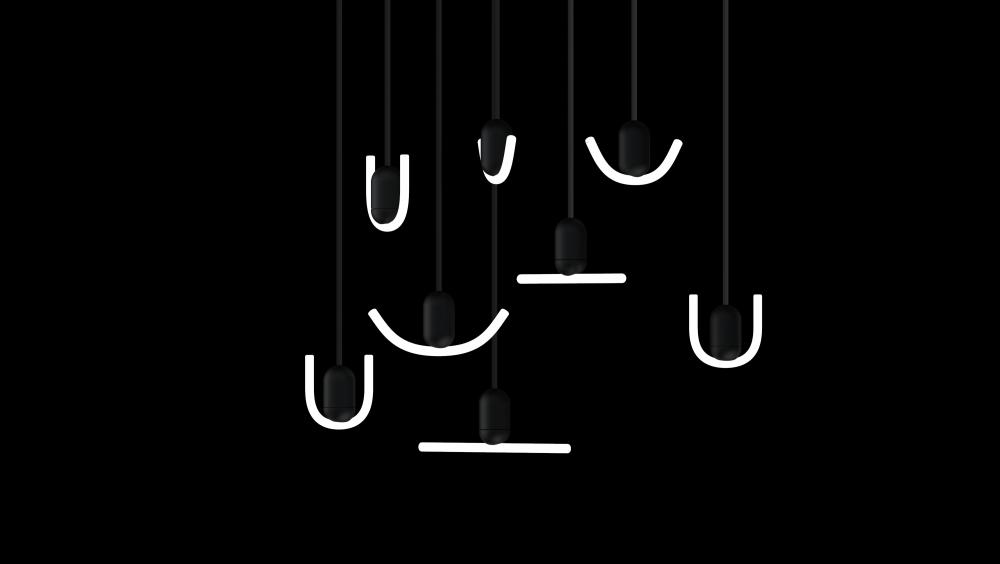 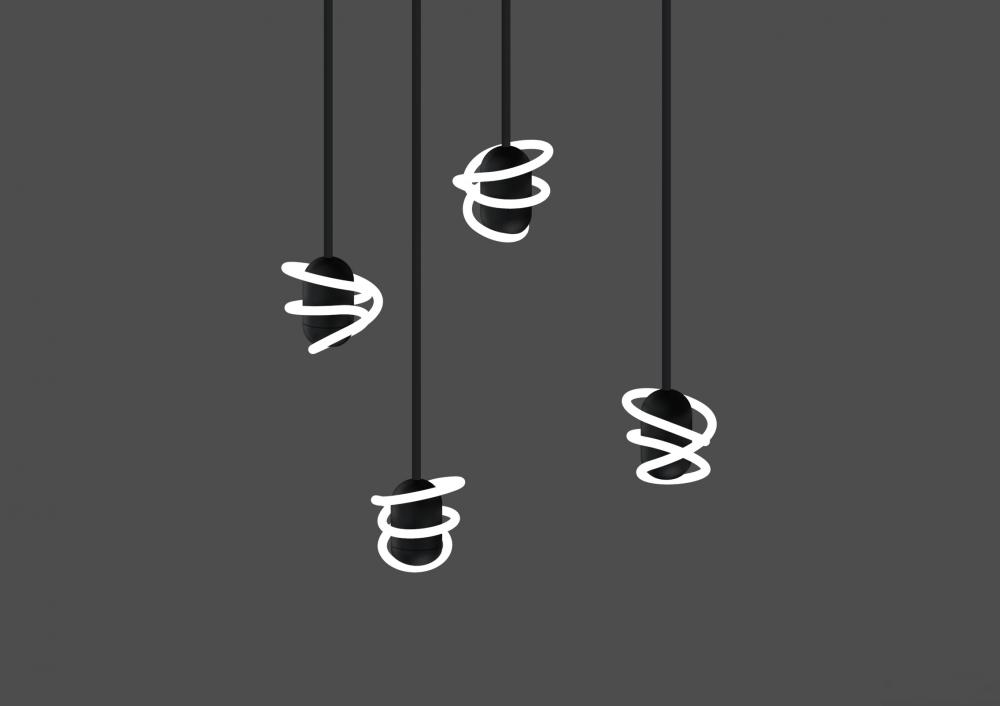 Felicia Arvid Jaeger is a Danish designer who started out in the fashion industry. Over the years she moved into the world of design, bringing her distinctive knowledge of textile. She believes that “Furniture dresses the person wearing it”.

At Salone Satellite she showcased ADDÉRA, a modular sofa-bed system extremely adaptable and flexible to suit any taste and need. Users can in fact choose the colour and fabric of the cylindrical upholstered foam cushions and select add-ons according to their ever-changing needs. The add-ons (headrest, armrest, backrest, tables and lamp) can be placed in the middle of the seating, as well as around the edges, overall preserving the coherent look of the seating. 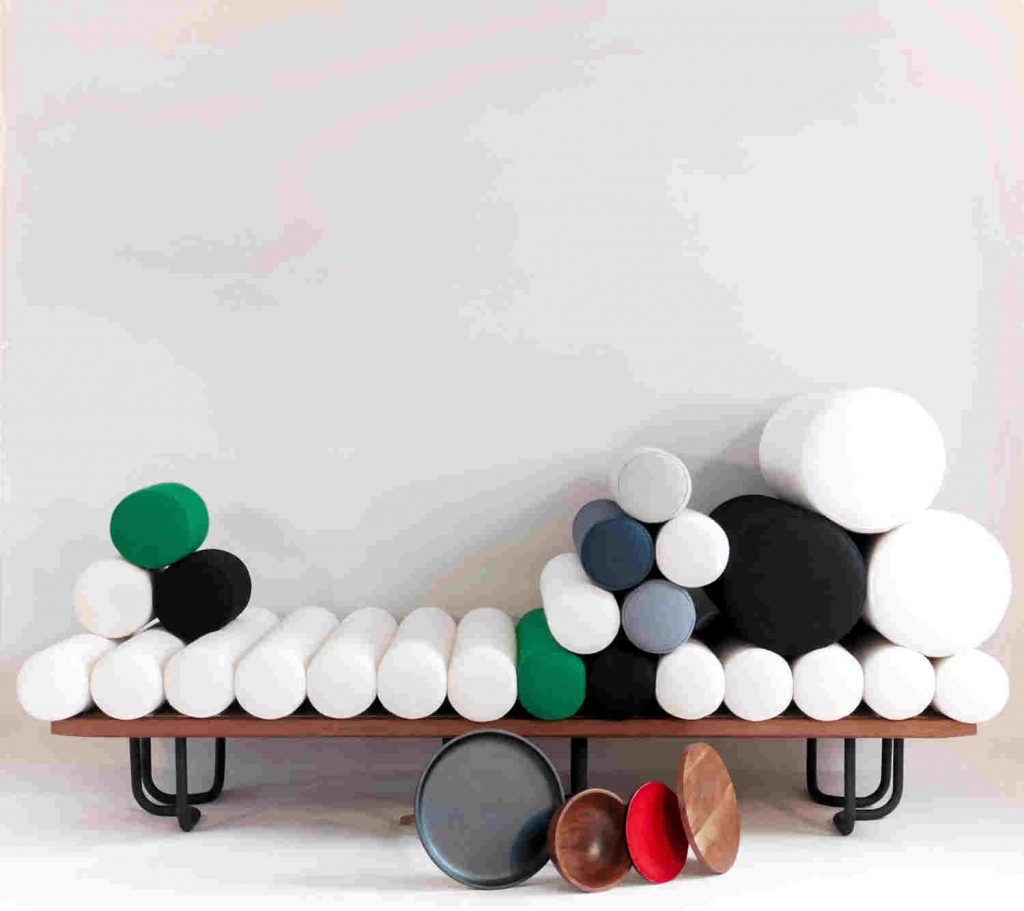 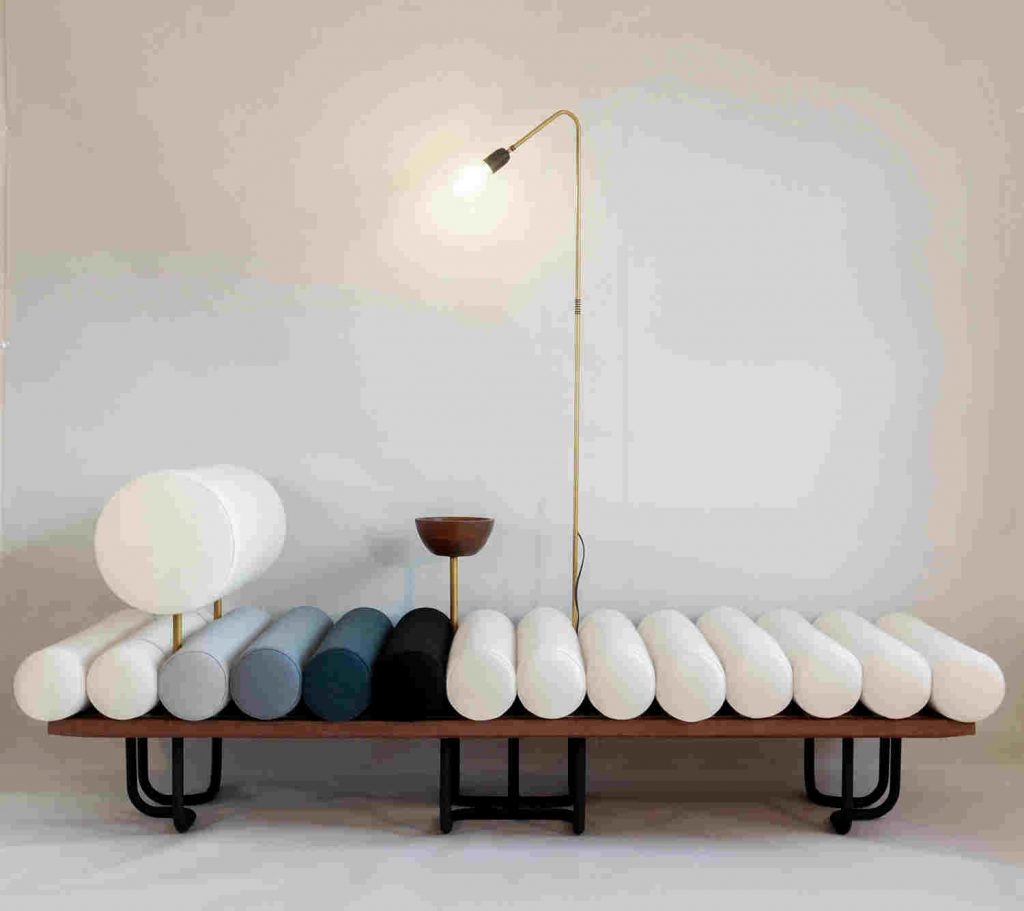 This Tokyo based designer created 1.625 m / s2, a lighting design project which is poetic and innovative, in a distinctive Japanese style.

The inspiration comes from the moon, which is the most well-known indirect lighting known to humanity.

“It receives light from the sun and gently shines above us, and is strongly associated with our feelings from ancient times” – Hiroto Yoshizoe

Just like the moon, this lighting equipment receives light from external environments (like direct sunshine if you place it by a window). It is a lighting equipment that doesn’t have a light source of its own. And it can basically be used as a shade as it’s capable of adorning existing light in different scenarios. 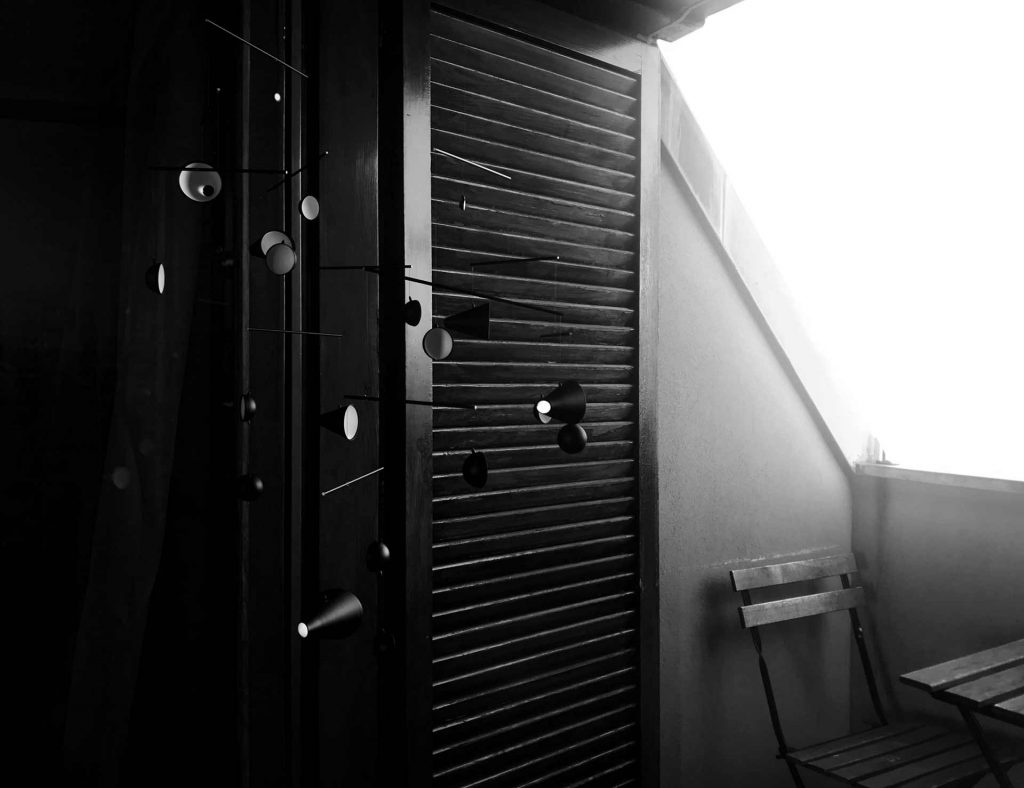 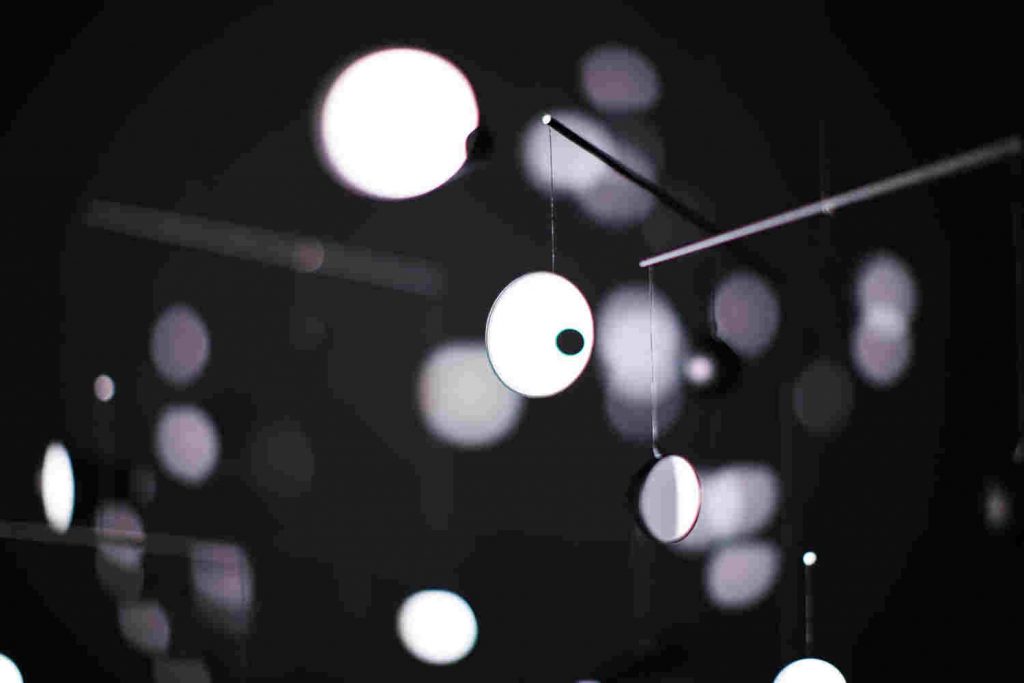 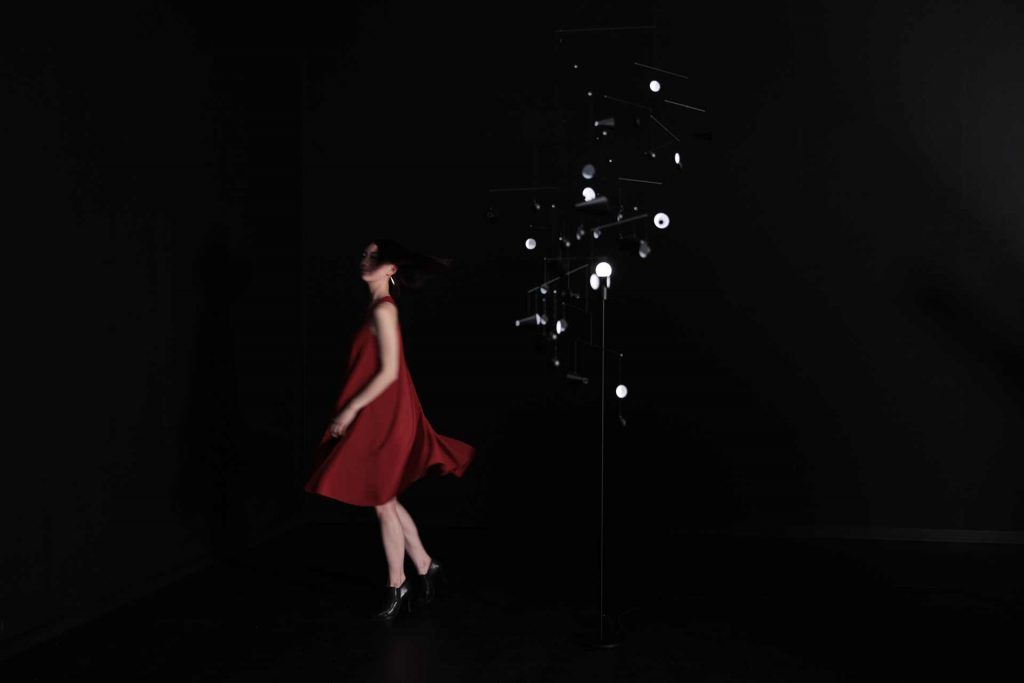 PAULINEPLUSLUIS is formed by the duo Pauline Capdo and Luis Bellenger. They take inspiration from well-known shapes, reinterpreting them in their own poetic way.

Luciole is their sculptural floor lamp and it plays with the concept of deconstruction. The light source, supported by a thin structure, is separated from the fabric lampshade which seems to fly above the light. When the light meets the fabric it becomes luminescent and the object seems to be a unique piece. 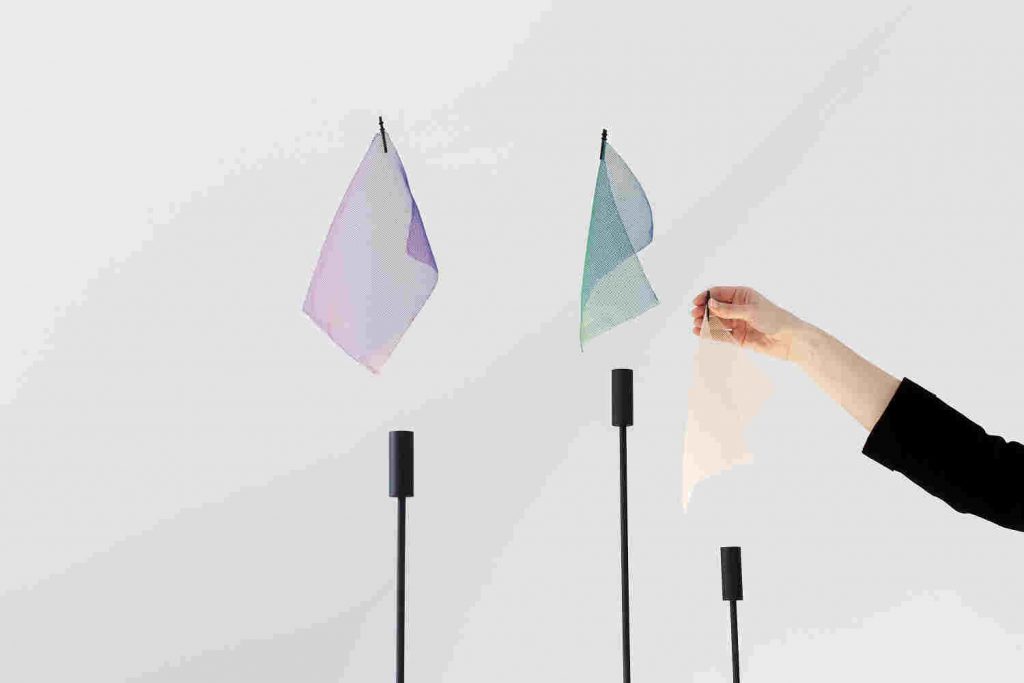 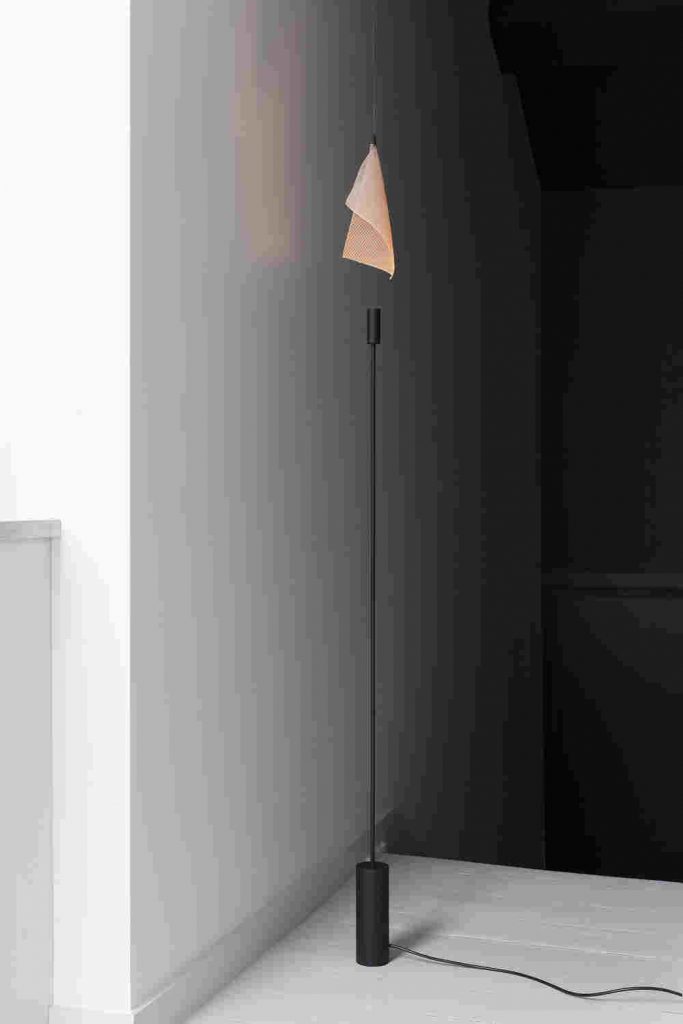 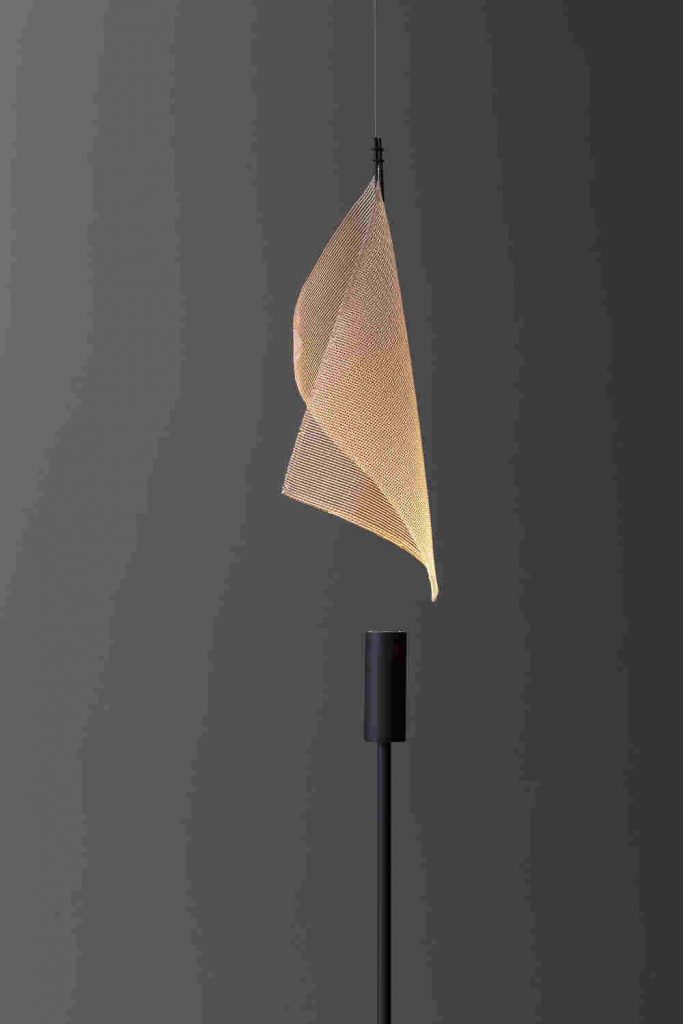 This project by Swedish studio Stoft focuses on the presence of layers throughout an object. The idea is that when an object is born the layers cover a story underneath. When the outer skin of a project peels off, it releases colourful stories inspired by our common heritage of colourful handicrafts. 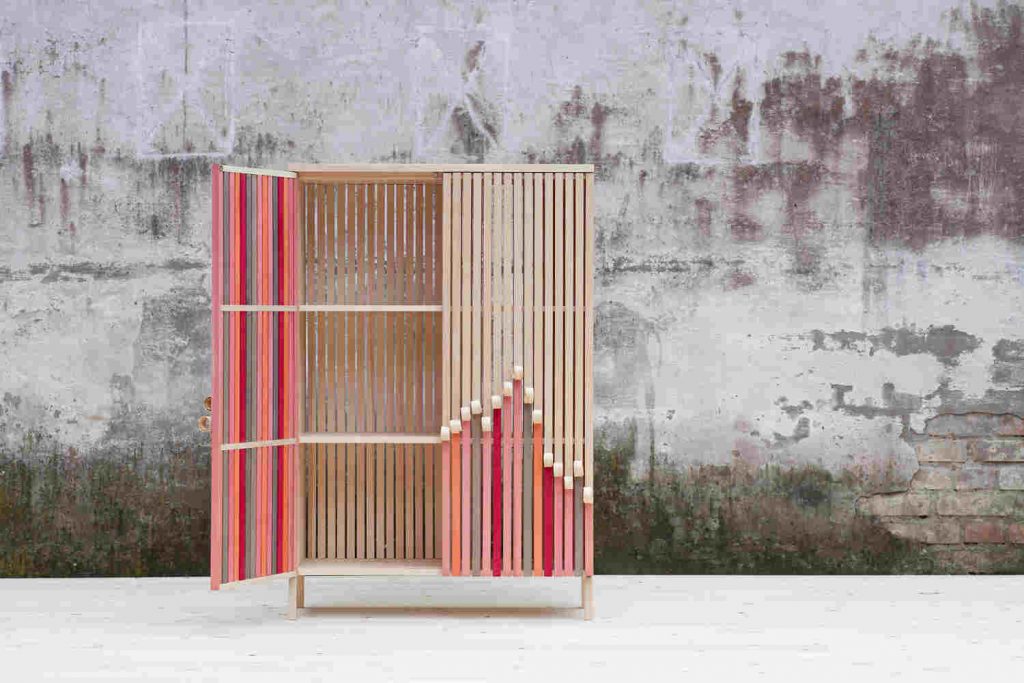 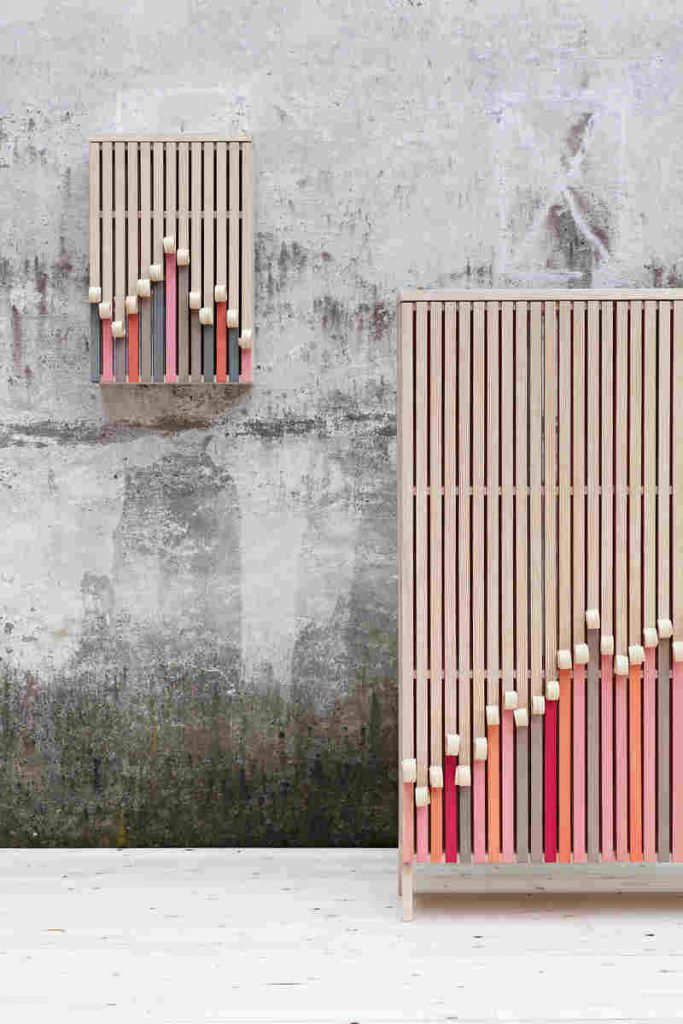 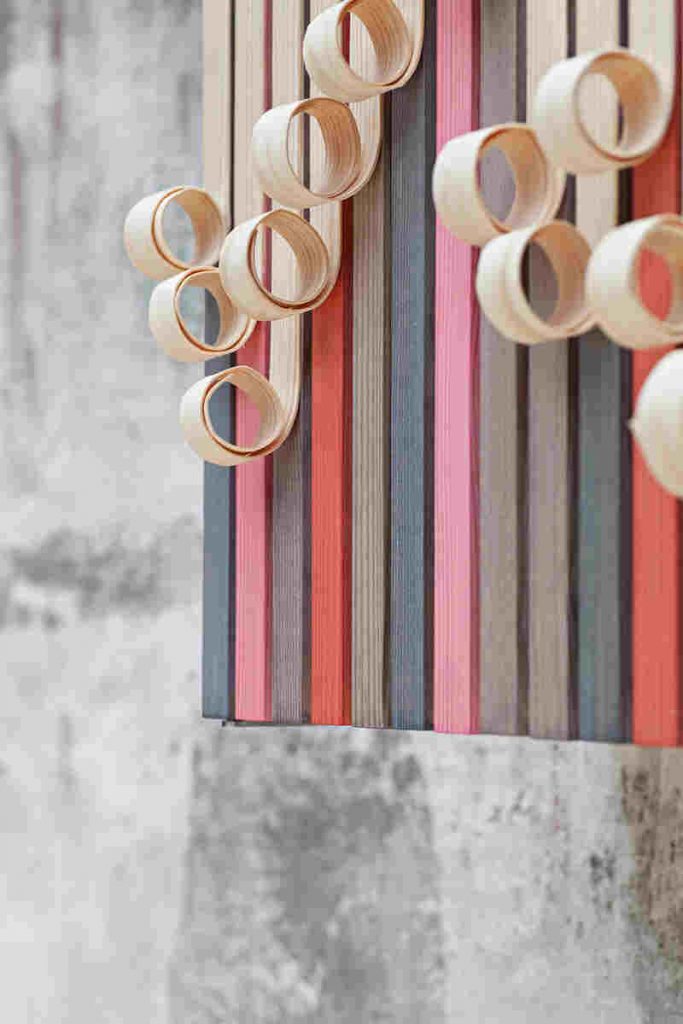 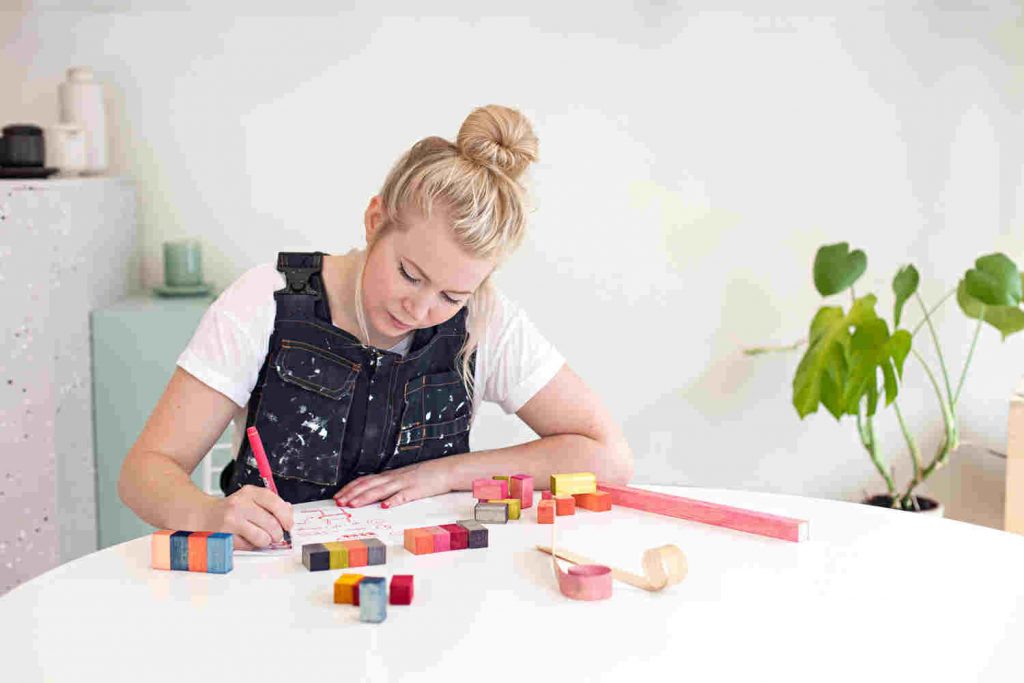 Alissa + Nienke is a material research and design studio with a unique interpretation of surface design. In fact, they create three-dimensional surfaces that stimulate interaction.

Dangling Mirror is their custom-made room divider. The extreme thinness of the stainless steel squares makes a unique ever-changing pattern which seems to be dancing. And the surface flows with an almost digital feel. 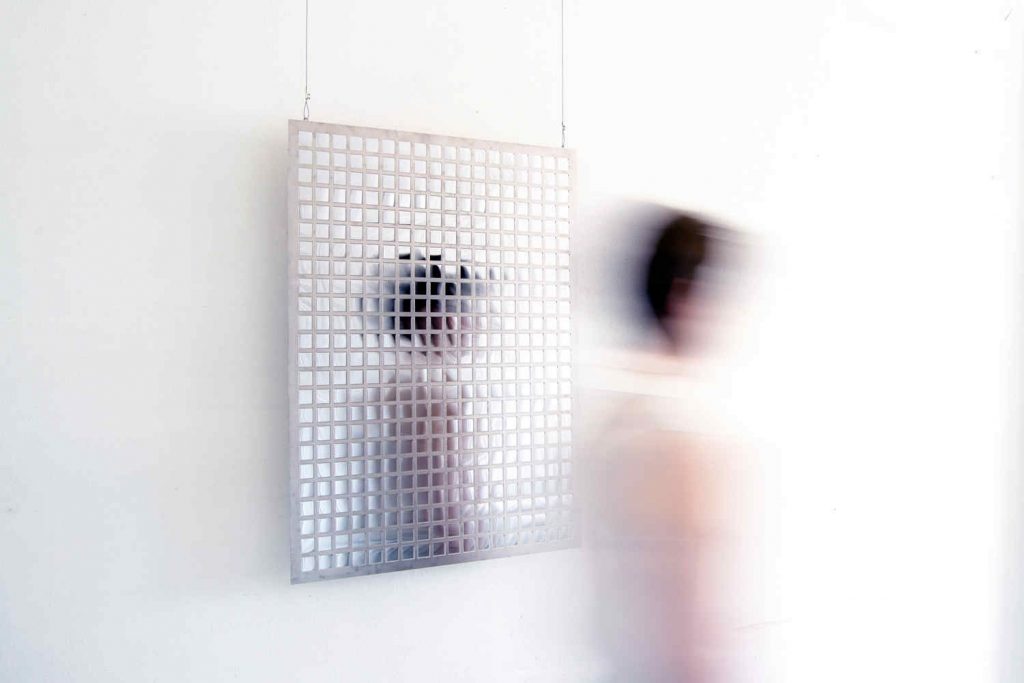 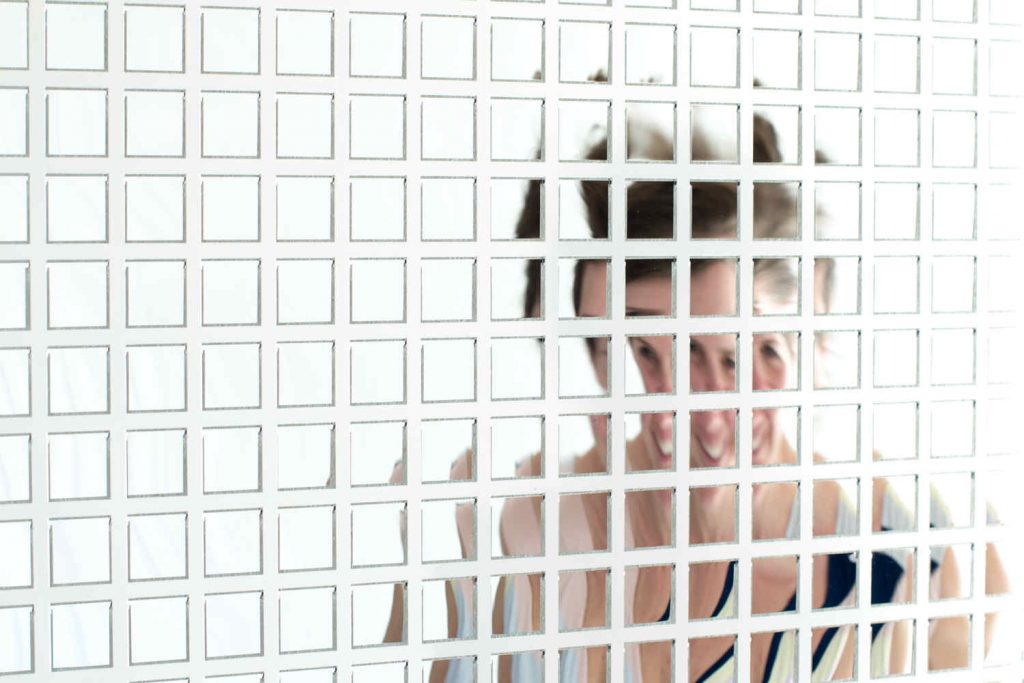 What do you think? Did you like my selection?

If you want more inspiration from Milan Design Week, you can also have a look at my selection of the top 10 design finds from Salone del Mobile 2018 here !

Martina is an Italian interior designer living in London. She works on her online platform A Designer At Heart and on ITALIANBARK writes about design and hospitality in I'd Like To Stay Here column.

INTERIOR TRENDS | This is the new Boho style

A’ Design Award: call for entries!