I stopped to marvel at a building in Milan sometime last year. The façade of Palazzo delle Poste was a vision with a blue-sky backdrop and tram chords spider webbing in front of the historic building. A few days later, I saw newly planted palm trees in Piazza del Duomo, Trachycarpus fortunei to be specific. It was a welcome spot of greenery to me, not out of place since there are many types of palm trees around a variety of landscapes in Italy from Varese to Palermo and the Italian Riviera.

Many locals had less than friendly views of the palm trees and I didn’t understand why. I later found out the trees were sponsored by Starbucks as part of their marketing plan to open the first Italian store in Milan inside the former Palazzo delle Poste.

A year later, debates are still going as Starbucks Reserve Roastery announced its opening inside the historic palazzo on Piazza Cordusio on September 6th,, 2018. 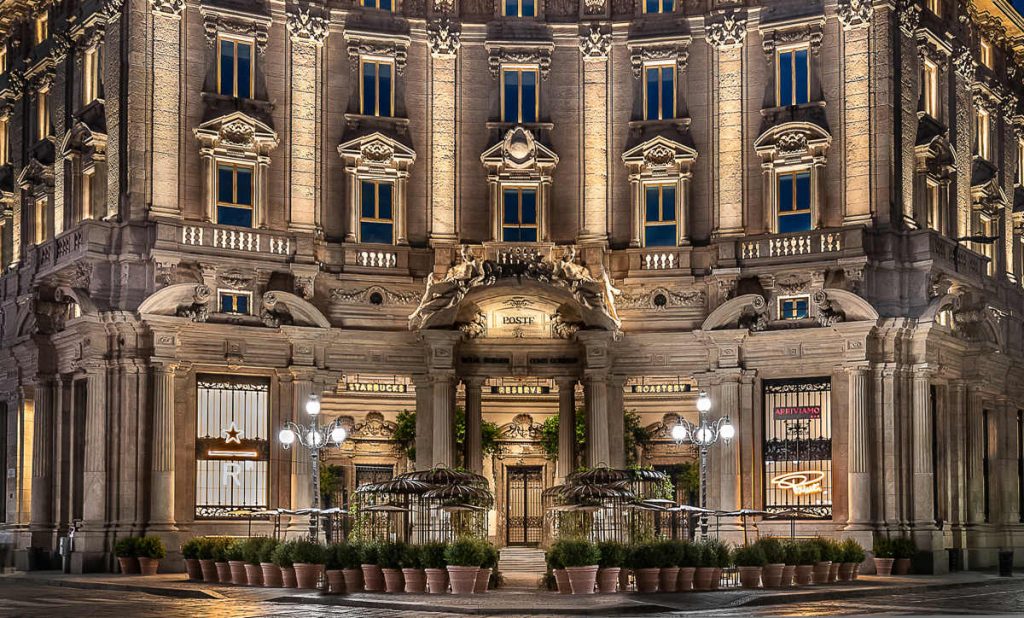 Inside, you’ll find 2,300-square-meters dedicated to the art, enjoyment, and experience of coffee culture. It’s not your regular Starbucks store, but the third Starbucks Reserve Roastery. The first Roastery opened in Seattle (2014) and the second was opened in Shanghai (2017), with locations in New York, Tokyo, and Chicago coming soon. 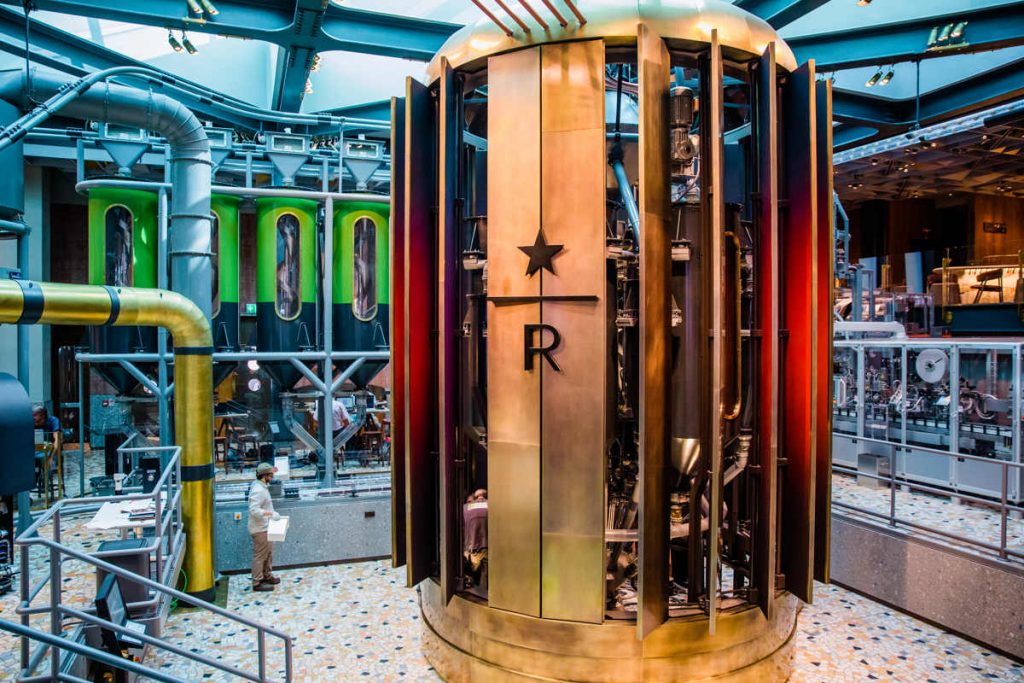 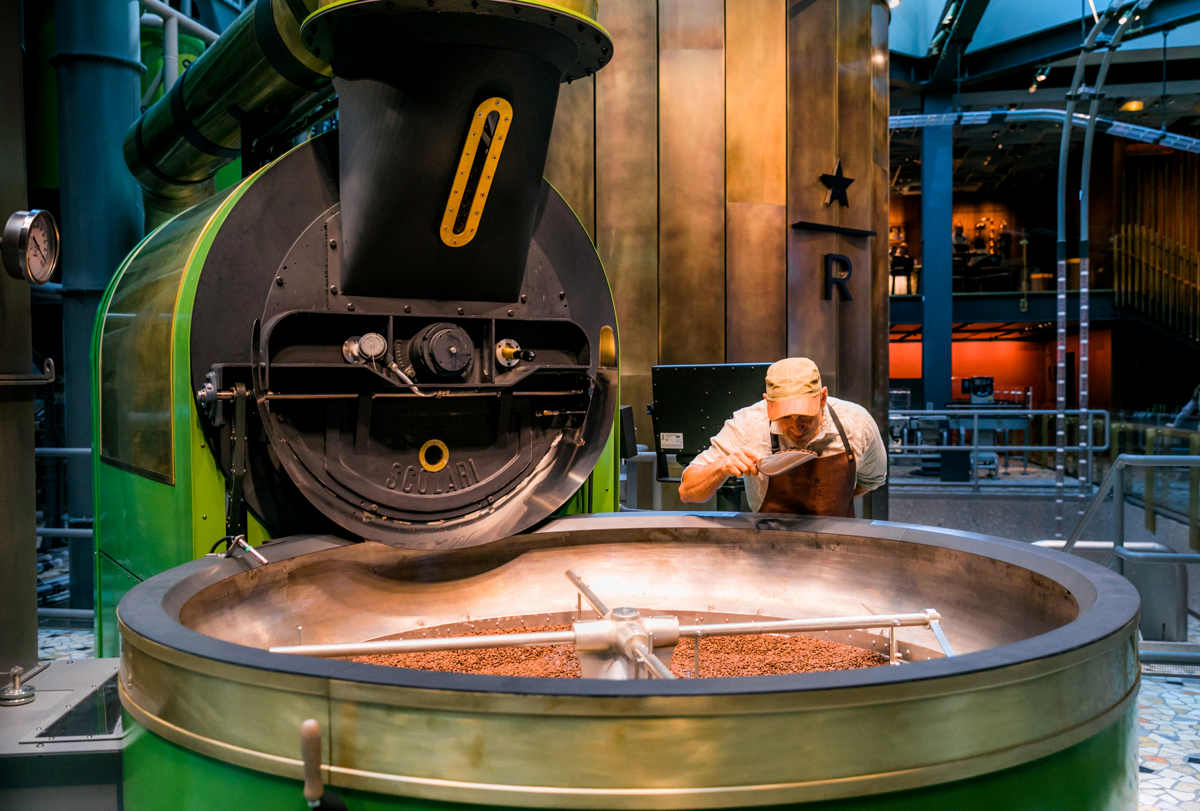 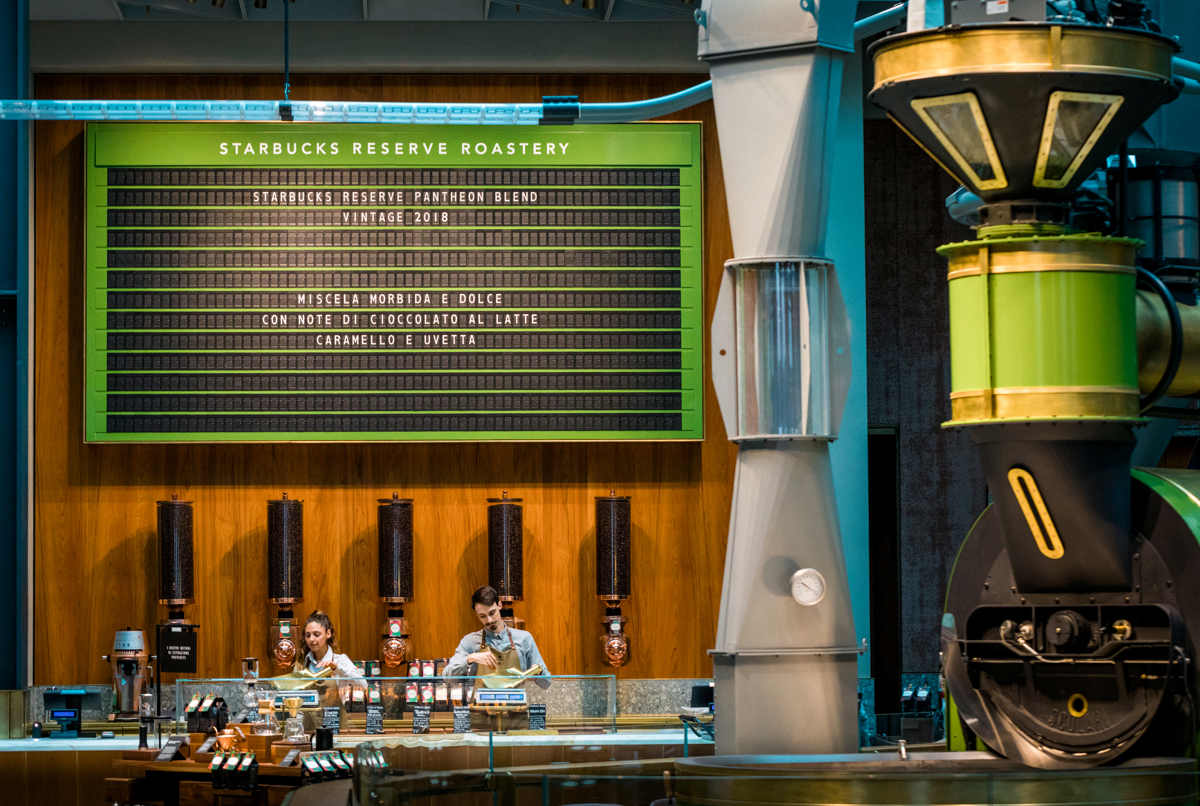 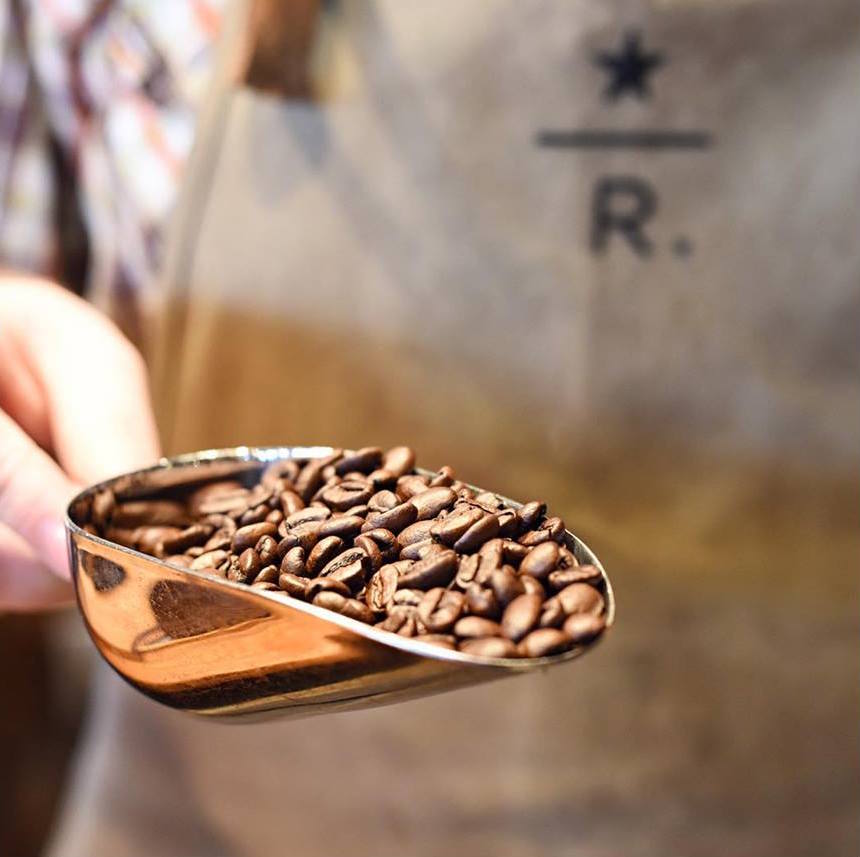 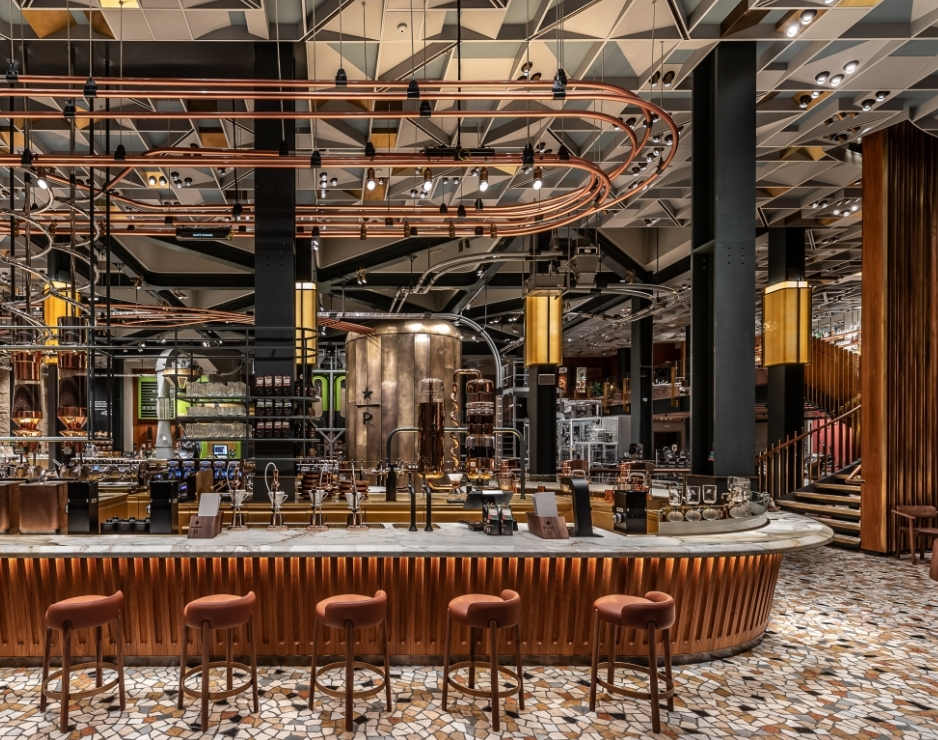 They didn’t stop at coffee, but chose to include traditional Italian treats such as gelato, aperitivo, and pastries. The freshly baked goods come from The Princi Bakery located within the Roastery, featuring a wood-fired oven built onsite. This collaboration with Rocco Princi, an Italian baker and founder of his own popular eponymous chain, which has expanded from Milan to include locations in London, Seattle, and Shanghai, is yet another way Starbucks has aligned itself with the local community. 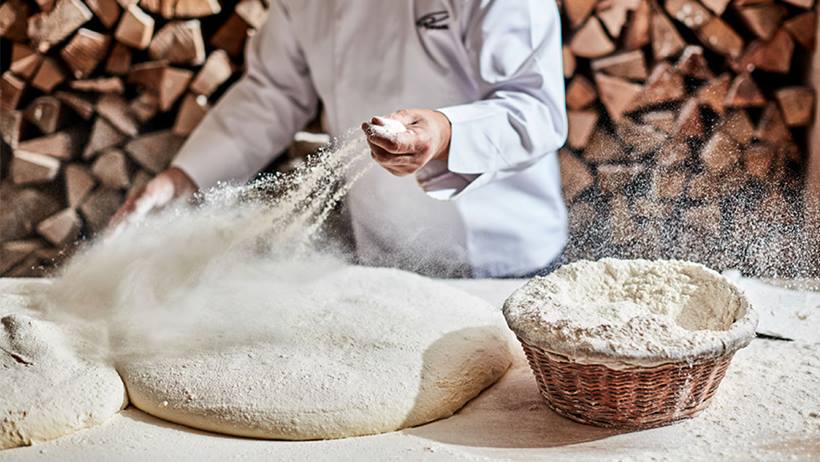 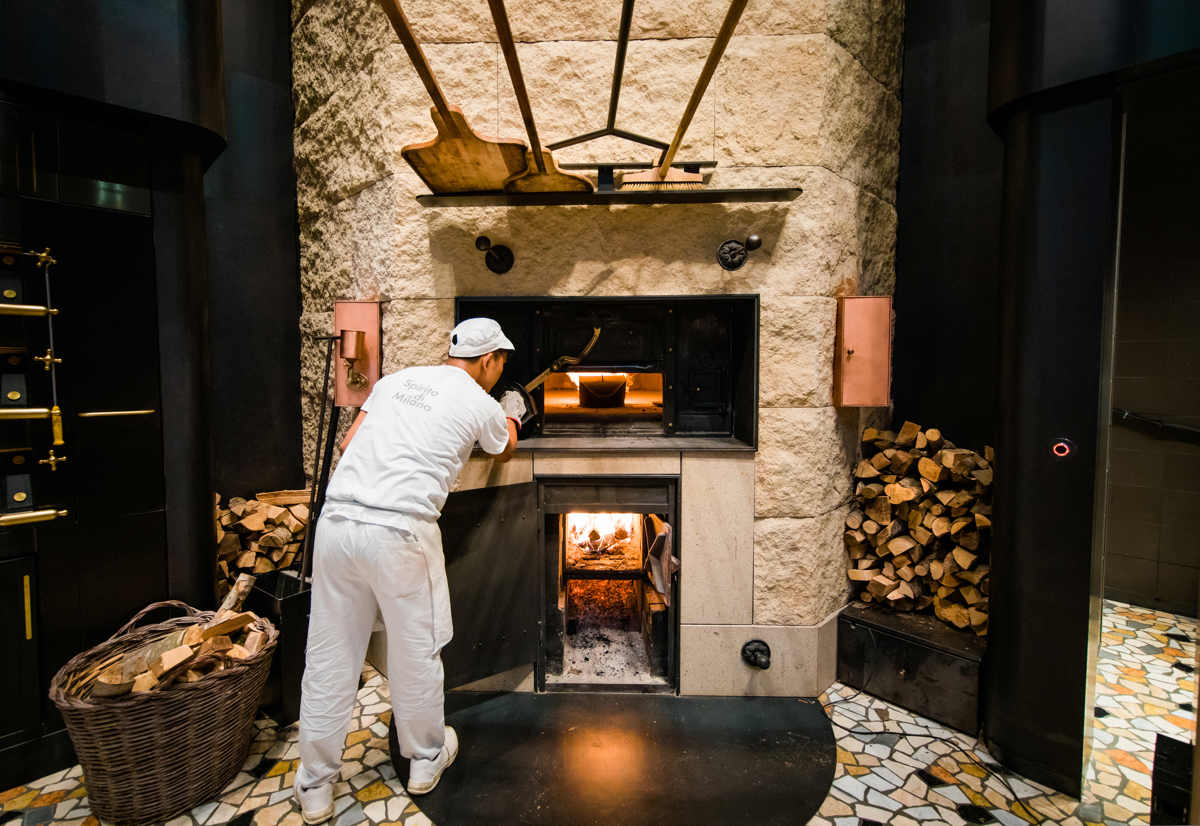 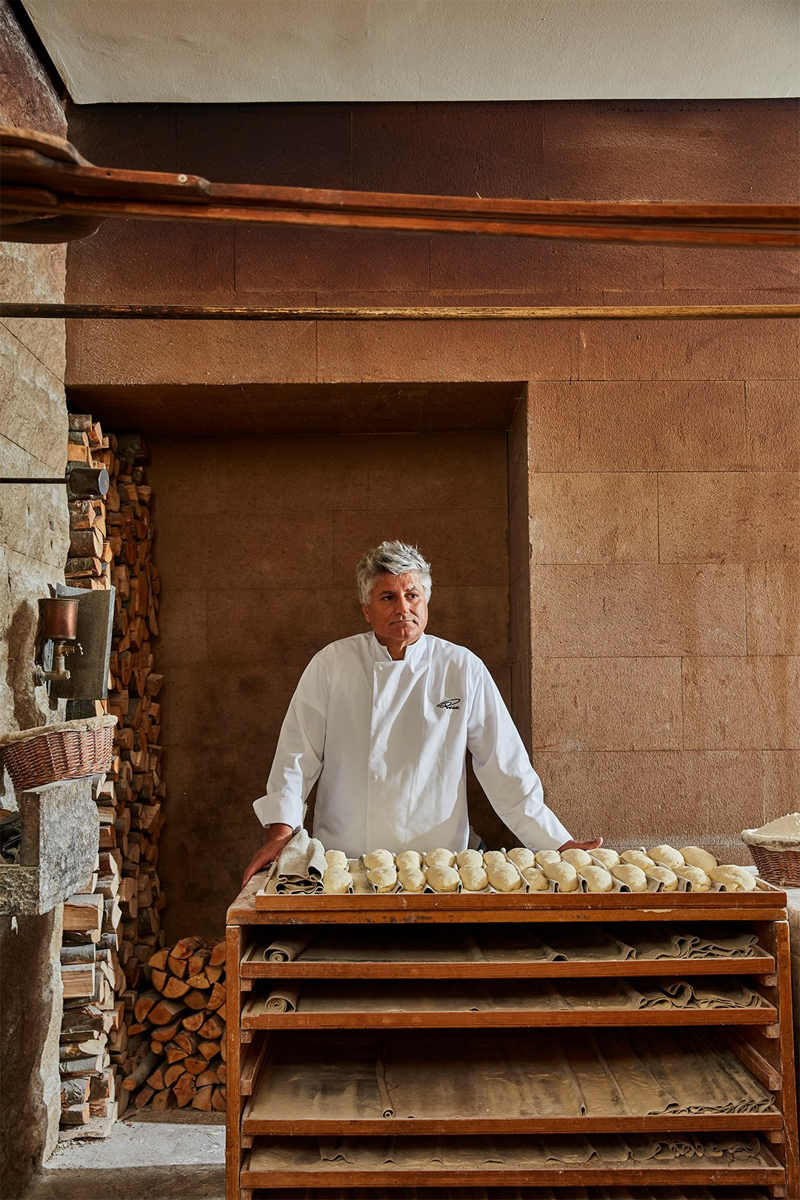 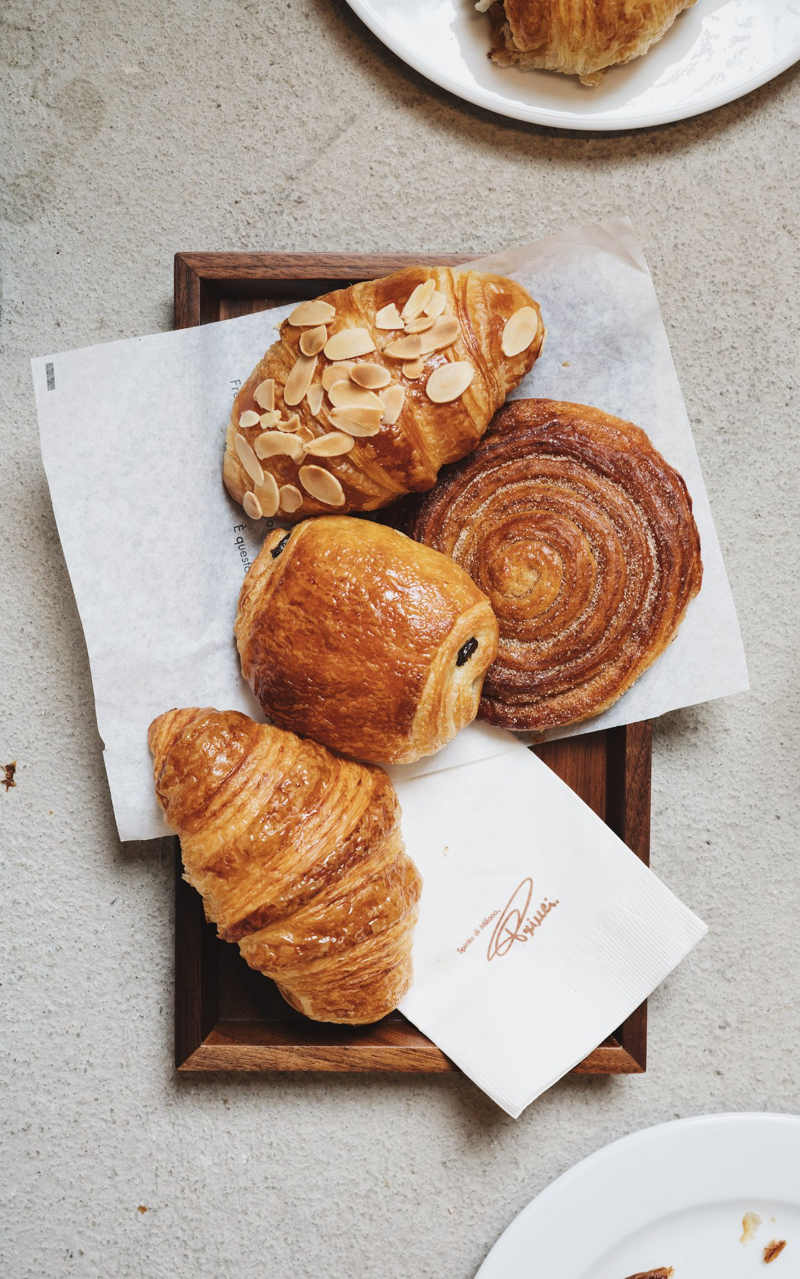 Starbucks has clearly made efforts to respect Italian heritage, working with Percassi for brand management and to understand the Italian market. Classic coffee and aperitivo options are available alongside innovative ones, created with cutting edge technology. The Arriviamo Bar features 100+ craft cocktails, to suit any situation from before dinner aperitivo to late night drinks. 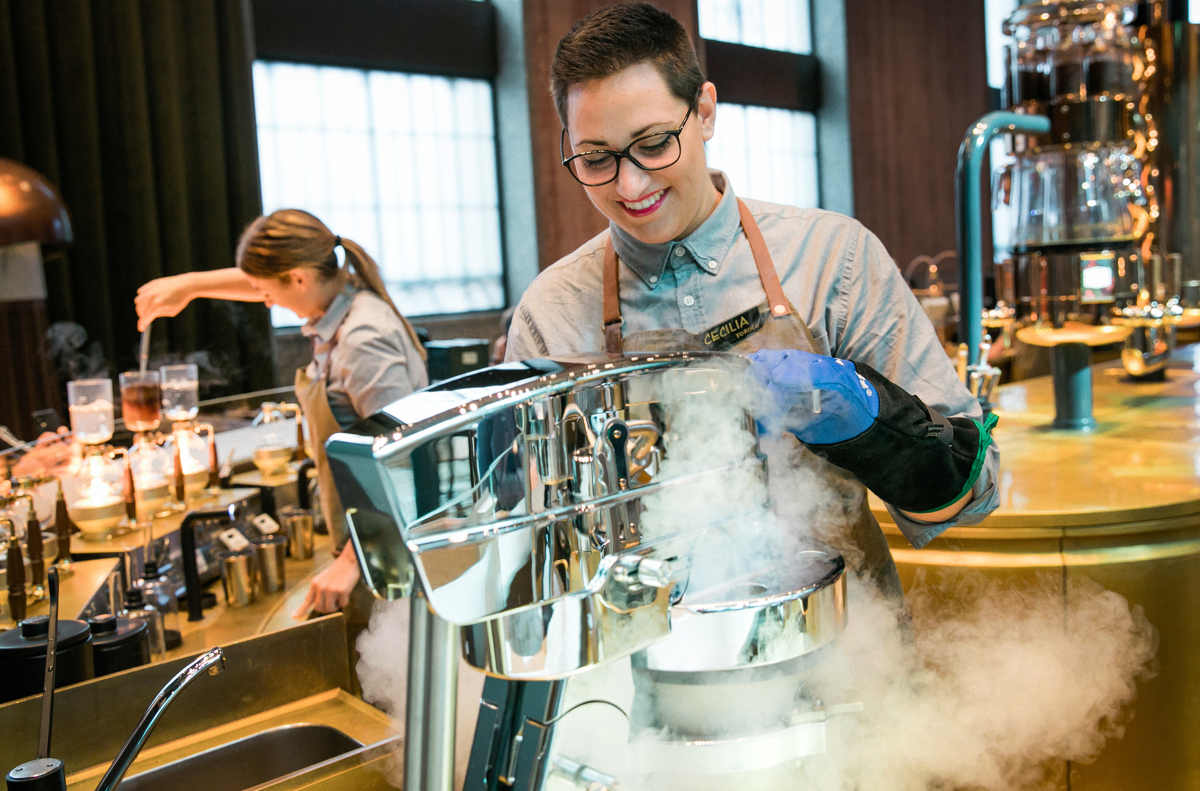 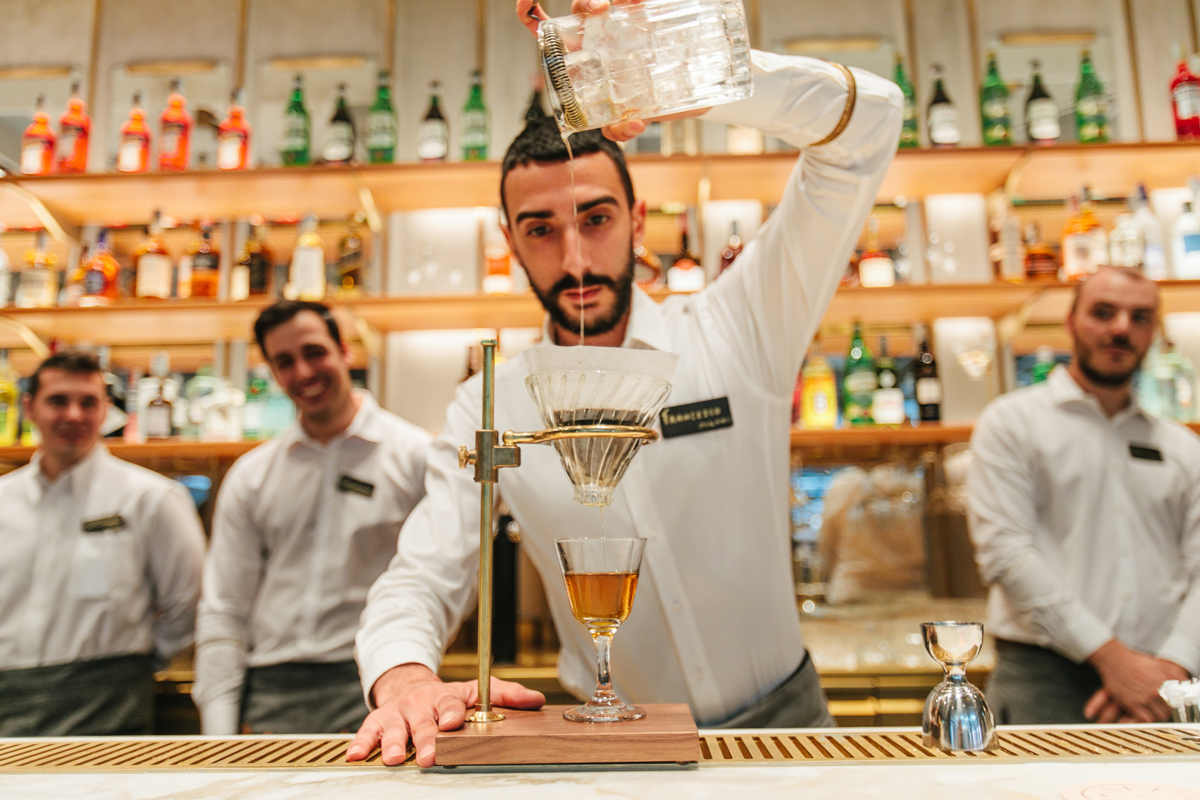 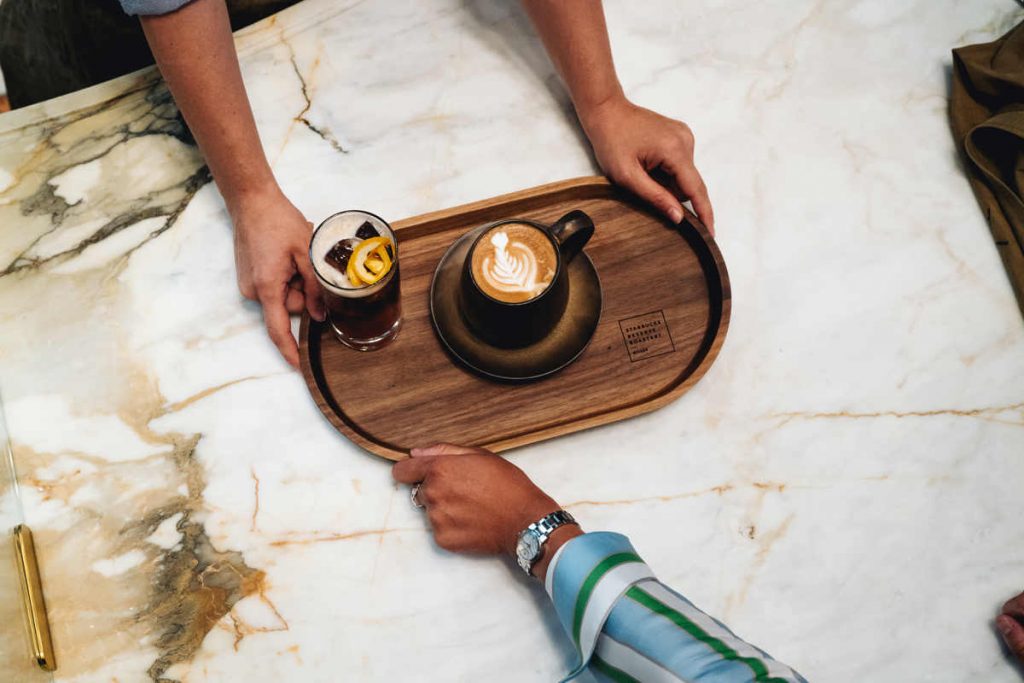 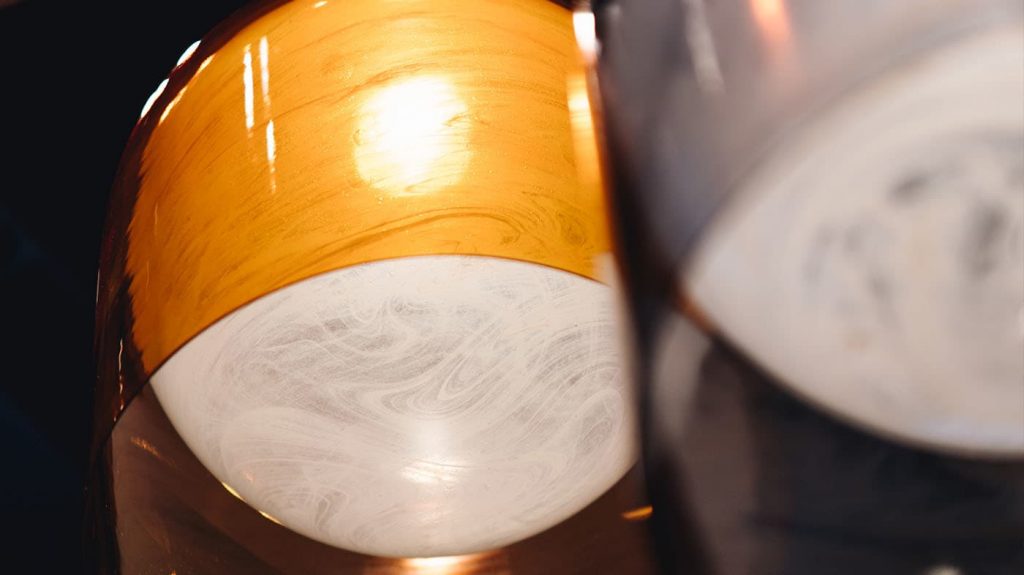 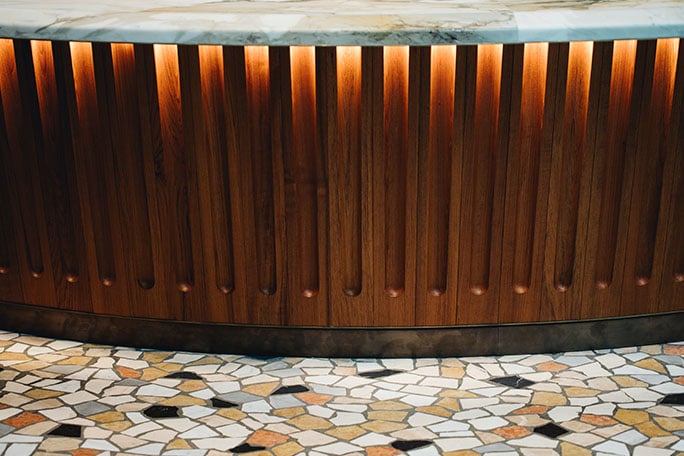 While the Roastery has curated this experience with Italian clients in mind, it’s hard to imagine more traditional Italians will change their coffee rituals. However, it will certainly make a huge difference for the nearly 8 million tourists that Milan hosts each year, surpassing Rome as the most visited Italian city. Also, the younger generation of Italians seem more intrigued, ironically due to their media exposure to American coffee culture. At least there won’t be green straws littered around the city, as Starbucks recently debuted a lid developed to easier sip the beverages on the go. 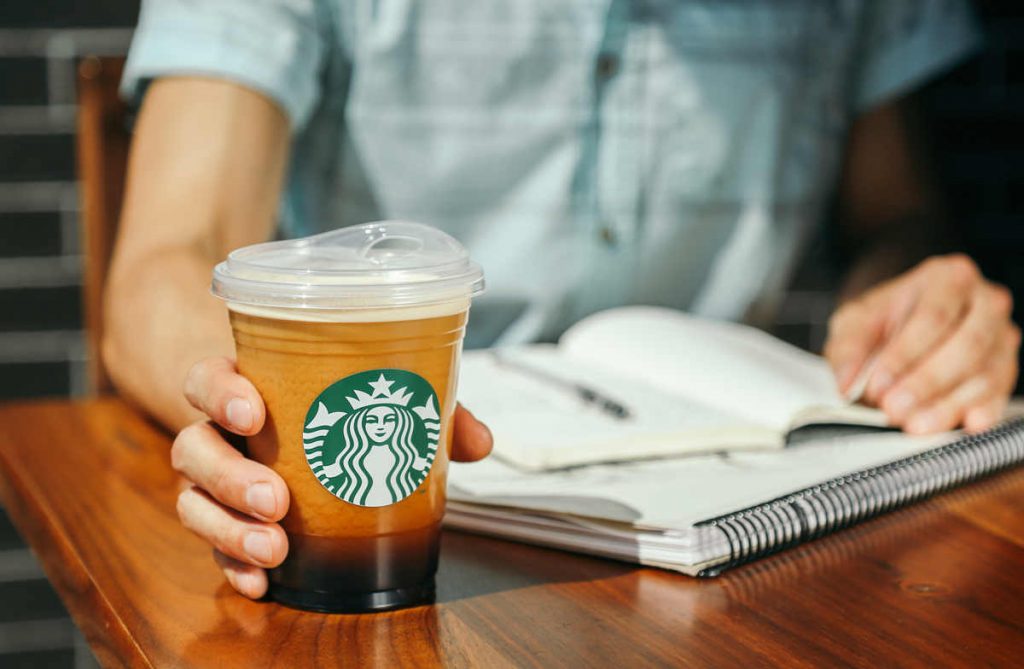 Another point of the debate against Starbucks is the cost. The price of coffee is something that has long allowed all Italians to be equal. At €1.80 for an espresso and up to €4.50 for a cappuccino, the prices are much higher than average, but it’s for the customer to decide its worth. It’s easy to celebrate or criticize, but either way the choice lies to the consumer whether or not this will be a success. 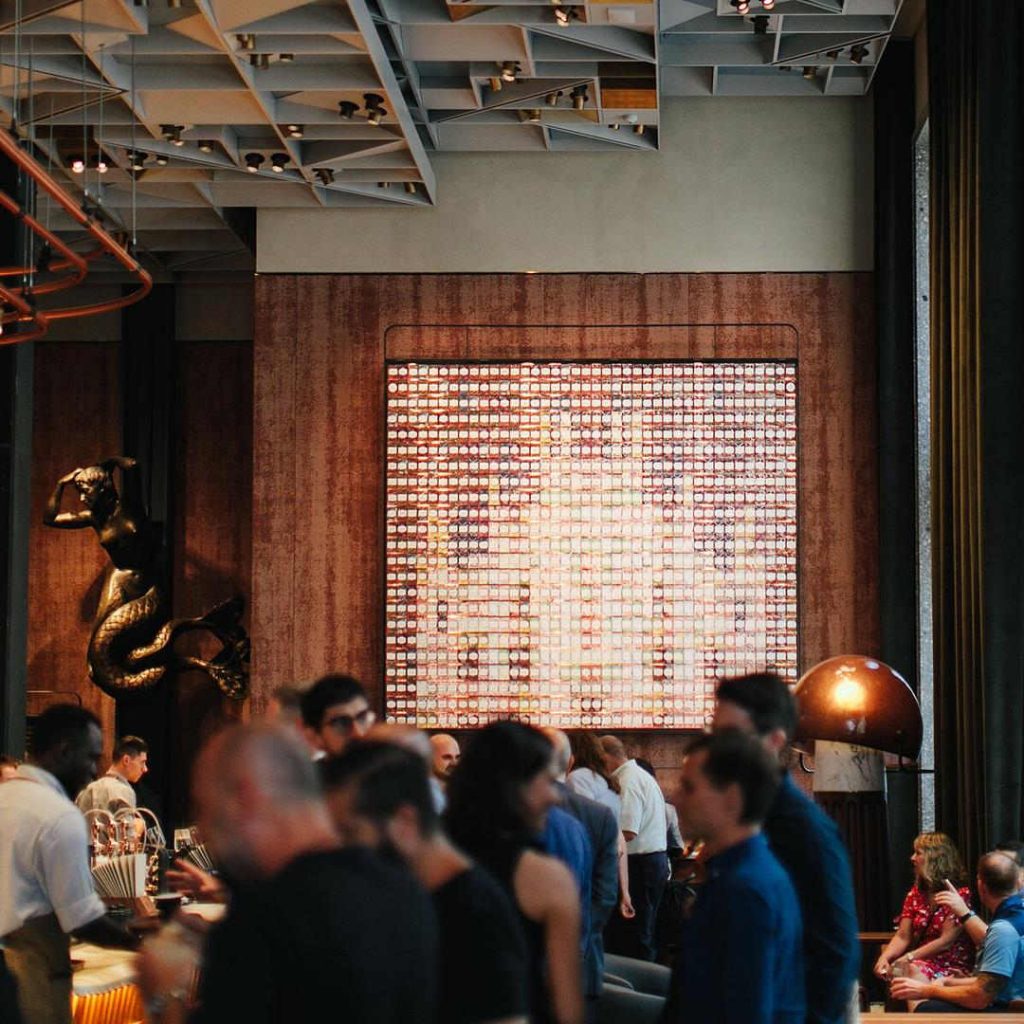 The crowds rolling in – Starbucks

Will you stop by the next time you’re in Milan? Or stick to the nearest independent coffee shop? Let us know! The menu seems enticing.

#MYHOMERESTYLING | My Bathroom Before and After

An unconventional dive in the blue with Antivegetativa