TRAVEL TIPS | A landmark in Athens by Renzo Piano

To kick off this new journey of mine at ITALIANBARK, I decided to write about a new cultural landmark my city, Athens, the Stavros Niarchos Foundation Cultural Center (SNFCC). Why

Because as Dr. Cobanli so eloquently said, “the best way to change future is to design it” and this is an exemplary case where thanks to the visionary design of the internationally acclaimed Italian architect, Renzo Piano, the lives of many people are gradually changing for a better prospect. And that’s exactly what design is all about – an ongoing improvement that enriches us in every possible way. This Cultural Center is truly a ray of light that will give way to the regeneration of one of the oldest cities in the world that I happen to live in, and I’m proud to witness the benefits of a remarkable design endeavor on a large scale such as this. 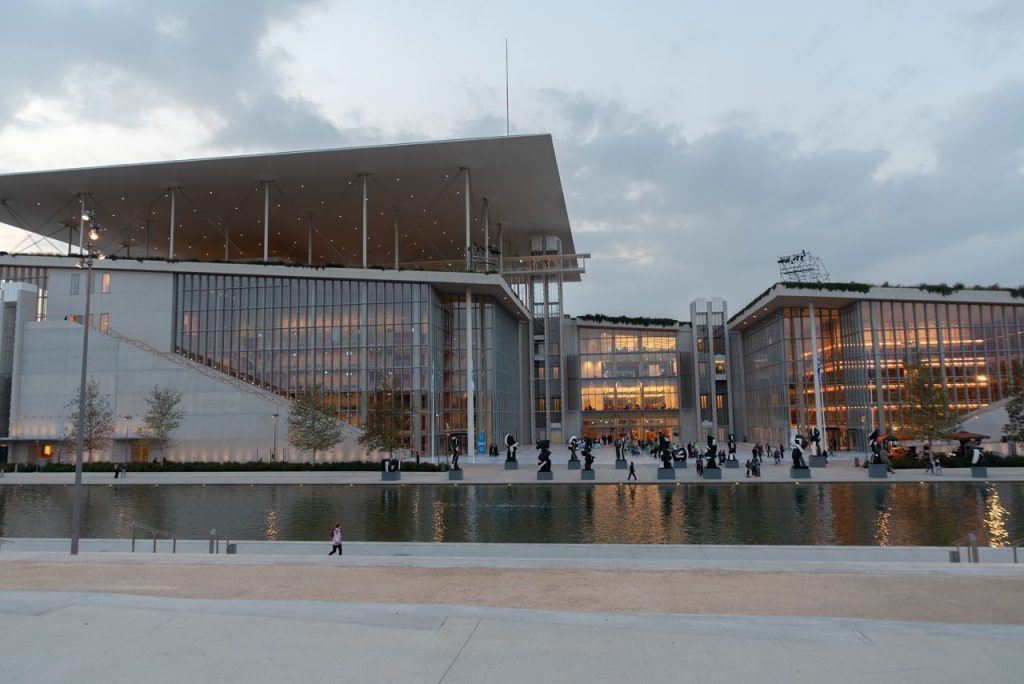 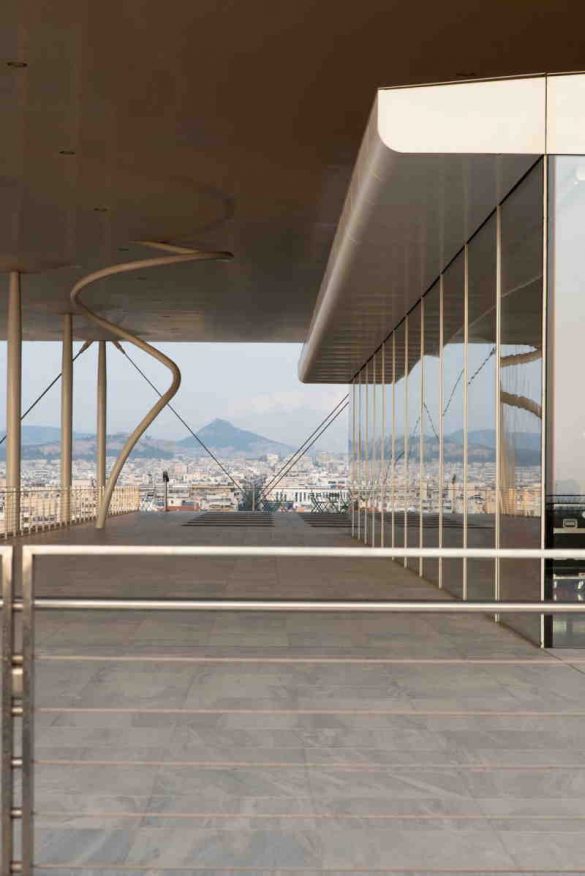 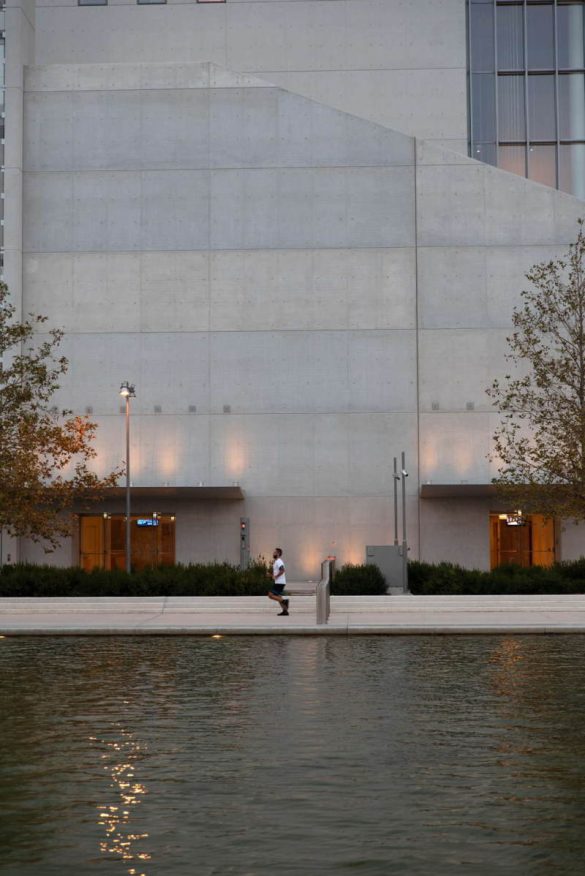 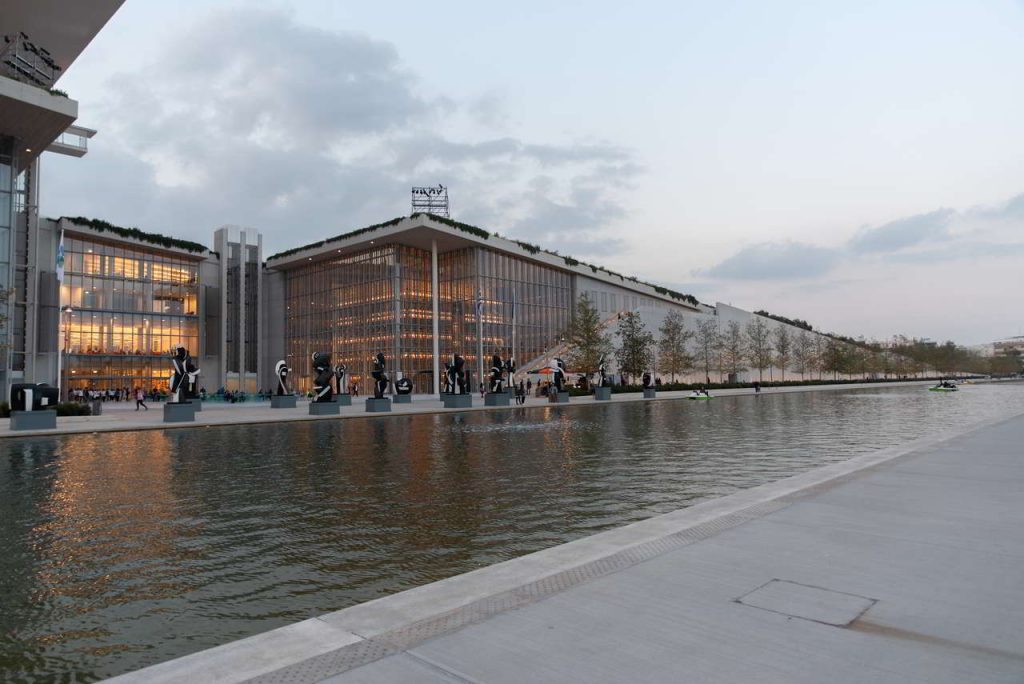 Speaking from experience, living in Athens has plenty of perks. It is a sun-spelled, crowded city with a chaotic skyline of apartment blocks, an abundance of historic sites and a sea front that gives a unique appeal to this old city.

Many times though, it feels like urban planning is a term that simply doesn’t exist in Athens. Unlike most other European cities, it has only but a few large public green spaces. Therefore, the addition of a new open space with a 400 m sea-water canal, the 210,000 m² Stavros Niarchos Park and the new facilities of the New National Library and Greek National Opera is the perfect new recreation destination. It boosts a much needed social momentum that will eventually create firm community bonds. Moreover, it promotes education and culture, while it feeds the starving need of residents like me to “breathe” and develop a better relationship with our urban surroundings.

Ultimately, it creates a sense of pride to be Athenian. Now, that is one achievement that should not be taken lightly. A sense of pride translates into a sense of belonging that enforces a deeper appreciation of a huge (in this case) legacy… 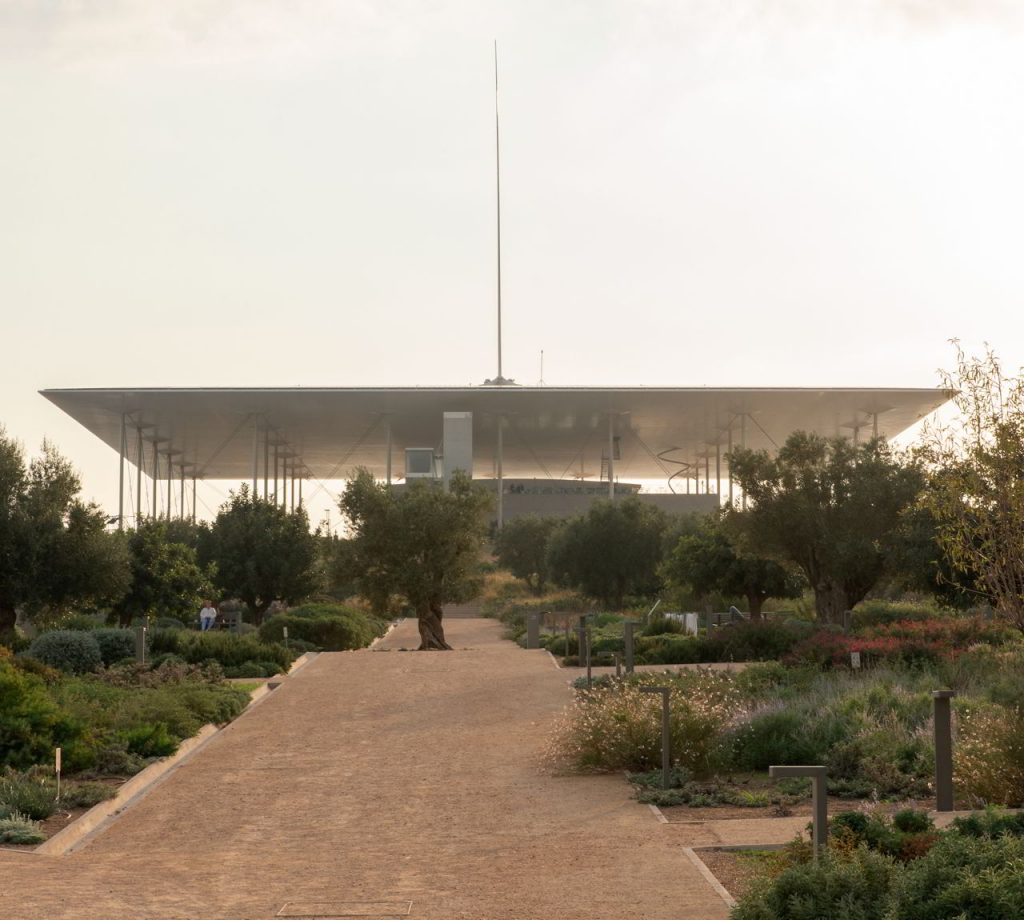 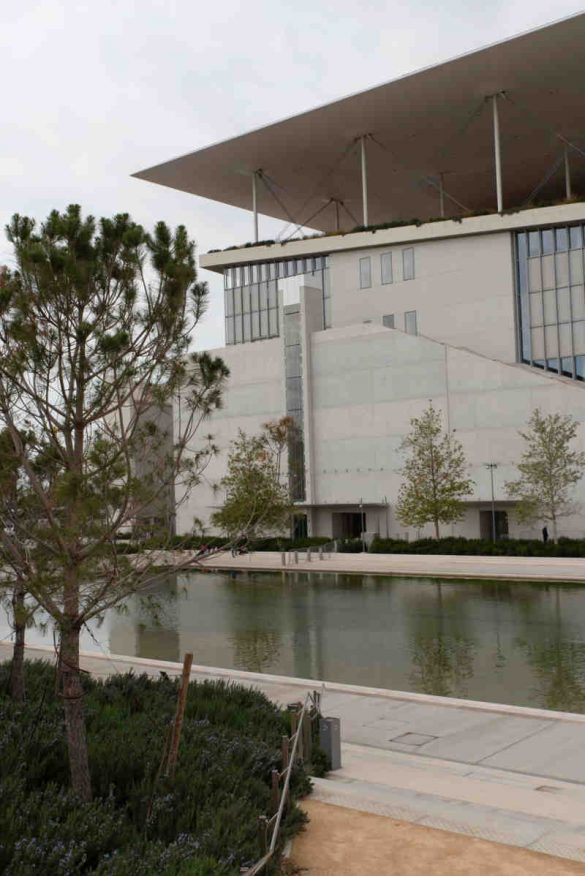 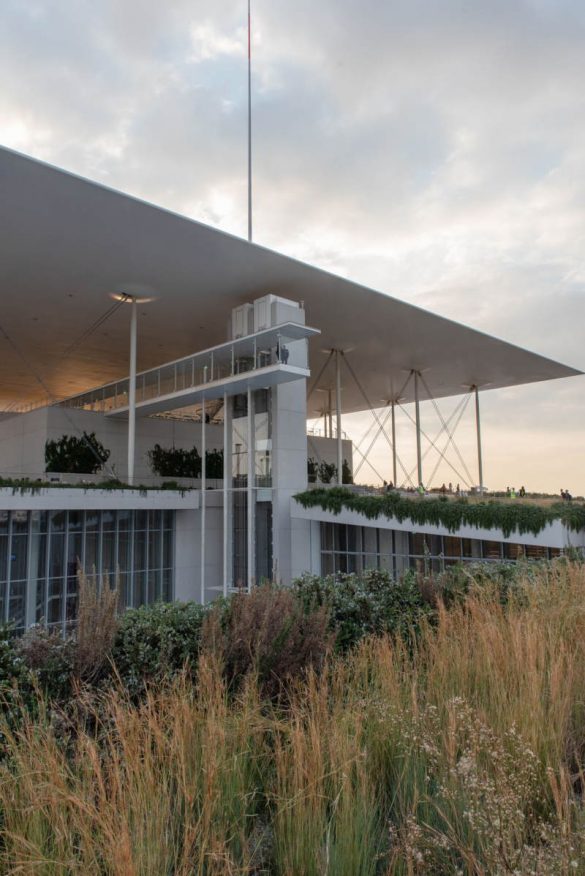 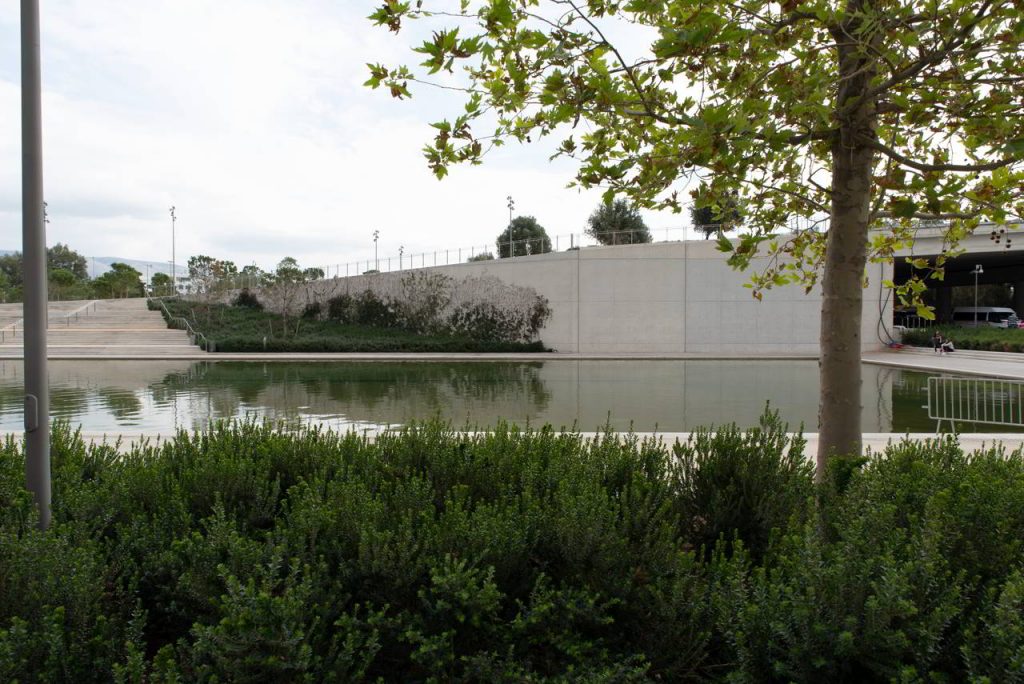 The concept of this project was to create a multi-functional, sustainable complex by the sea rising out of the ground that will yield views of Athens, the sea front and the adjacent neighborhoods.

Think of a landscaped park with a gentle slope, due to the 32m artificial hill that was constructed out of rubble that turns into a green roof over the Library and Opera. The summit of the park is shaded by a canopy topped with photovoltaic cells and is supported on 40 steel columns as it extends over the perimeter of the buildings. It is this canopy that powers all of the building below making sustainability a true feasibility. The roof is planted with thousands of indigenous resilient flora that can endure period of drought, including olive trees, lavender, thyme and rosemary. Once atop the green roof, visitors ought to go to the observatory, known as the Lighthouse, with its clear glass walls that provide 360 degree views as far as the eye can see, and “feel” the vibe of this growing city. Trust me it is an amazing spot for reflection.

The central plaza, also known as Agora, acts like a gathering spot connecting the two facilities and along with the Esplanade, that runs parallel to the glass external façade on a North-South axis, it grows in popularity with people who enjoy walking or riding a bicycle, a scooter or skateboard. Playgrounds, concerts, screenings, and festivals staged on the Great Lawn are attraction poles for every age group. Thus, everyone has an easy access and something to do at this user-friendly open space. 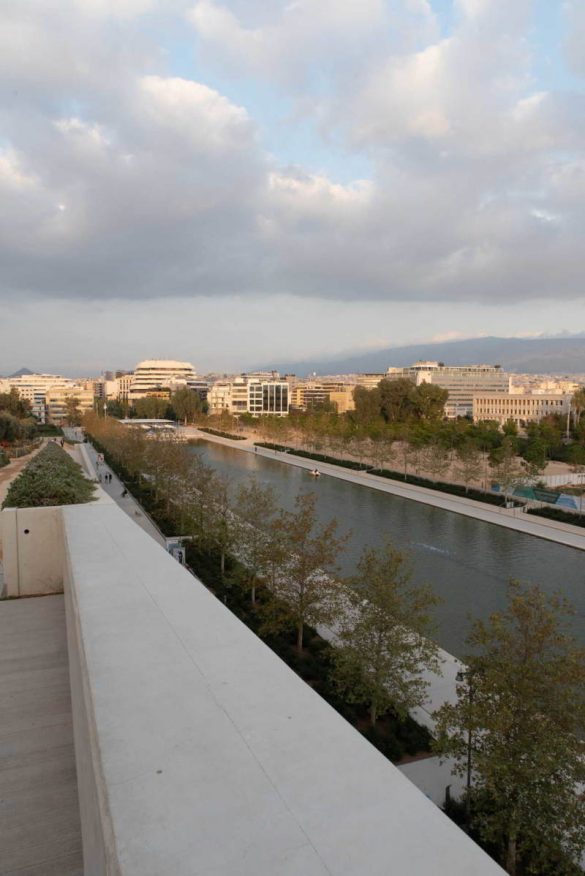 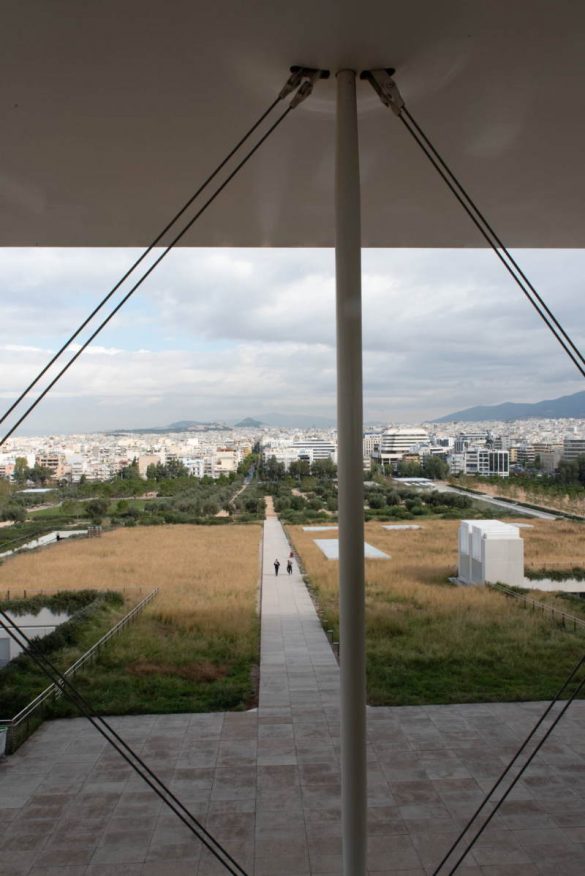 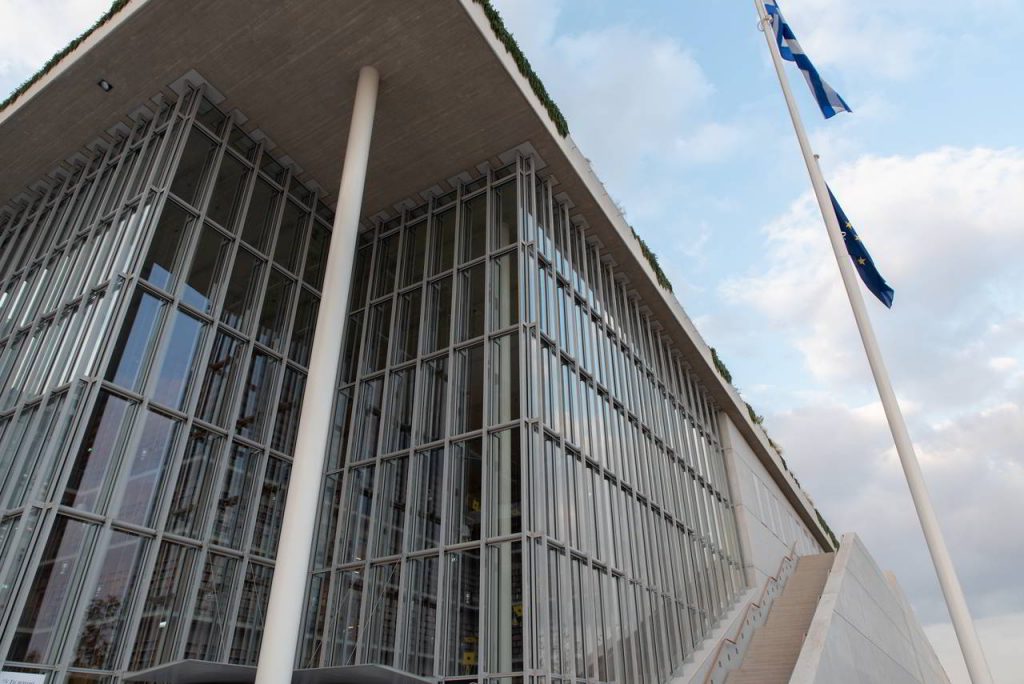 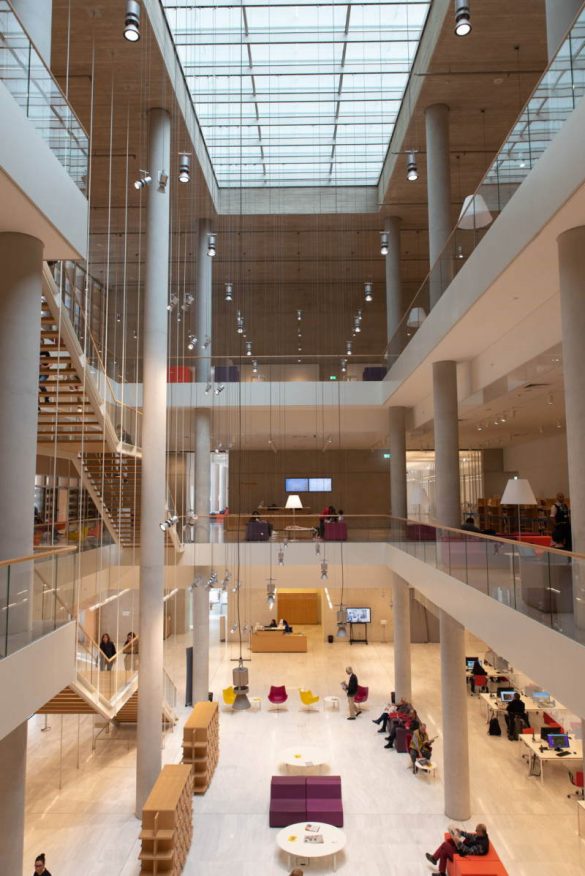 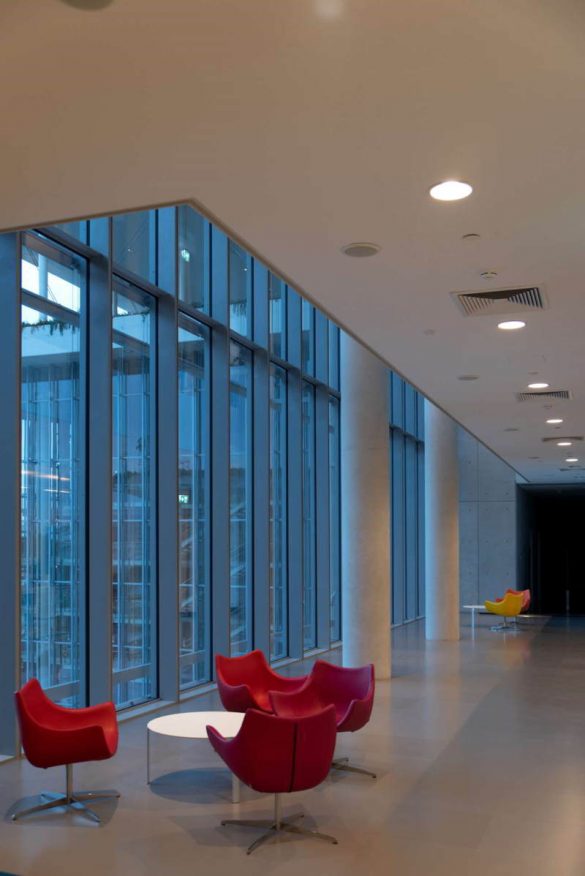 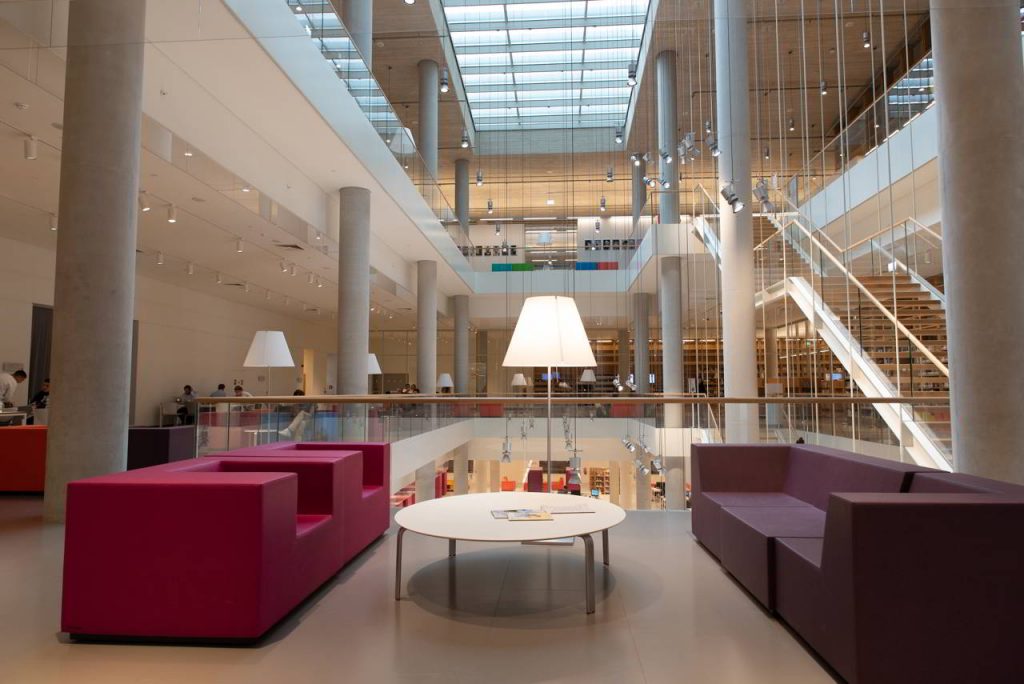 Now, the National Library that houses some significant manuscripts is flooded by natural light making it feel hospitable and aiding this interplay between space and light. All the while, visitors are able to “feel” the changes in seasons from the very colors of the changing nature outdoors.

The design of the National Opera is a real jewel. The main auditorium meant for traditional operas and ballets with its world-class acoustics, multiple stages allowing even the most difficult productions to take place, and rehearsal spaces in the backstage, accommodates for a 1,400 spectators. The second smaller auditorium hosts experimental performances.

|| In this posts you can find other beautiful libraries and bookshops: 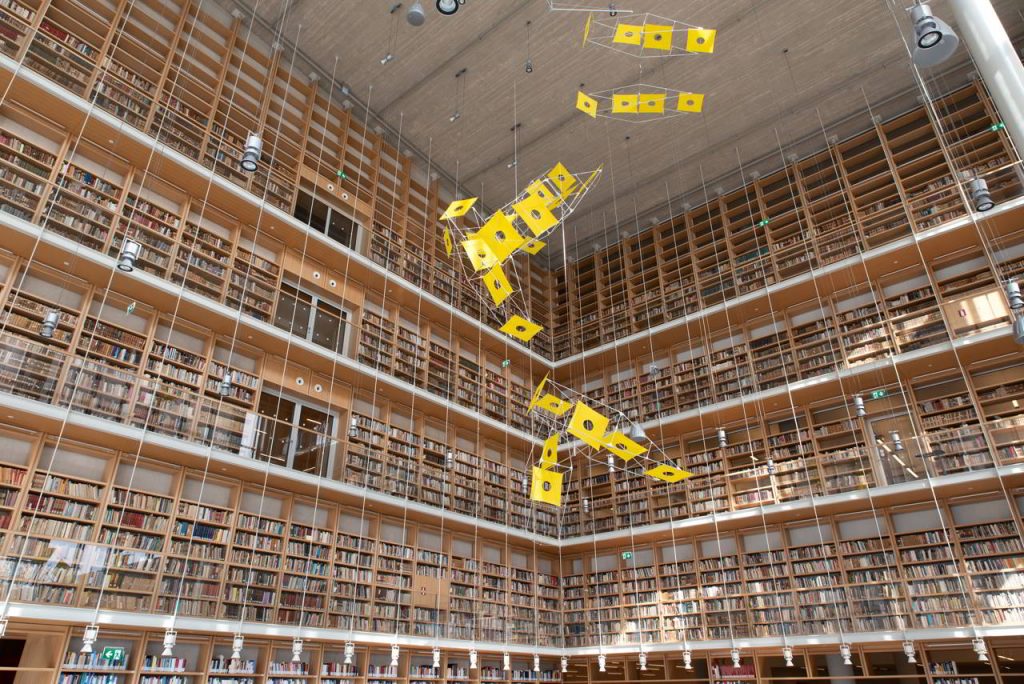 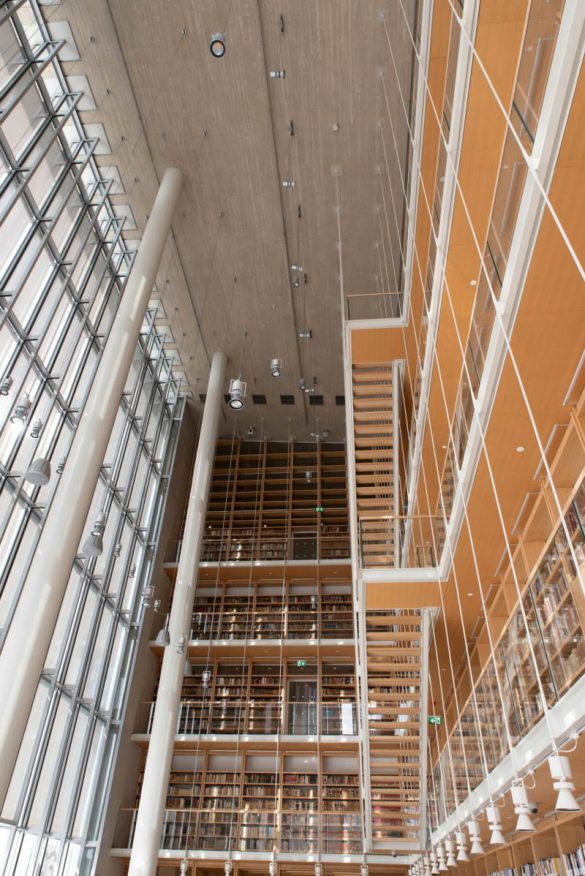 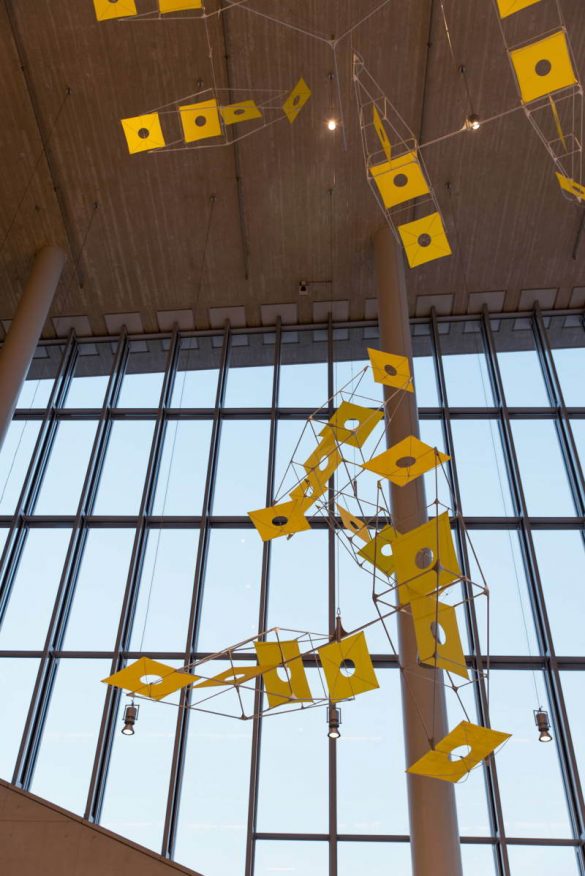 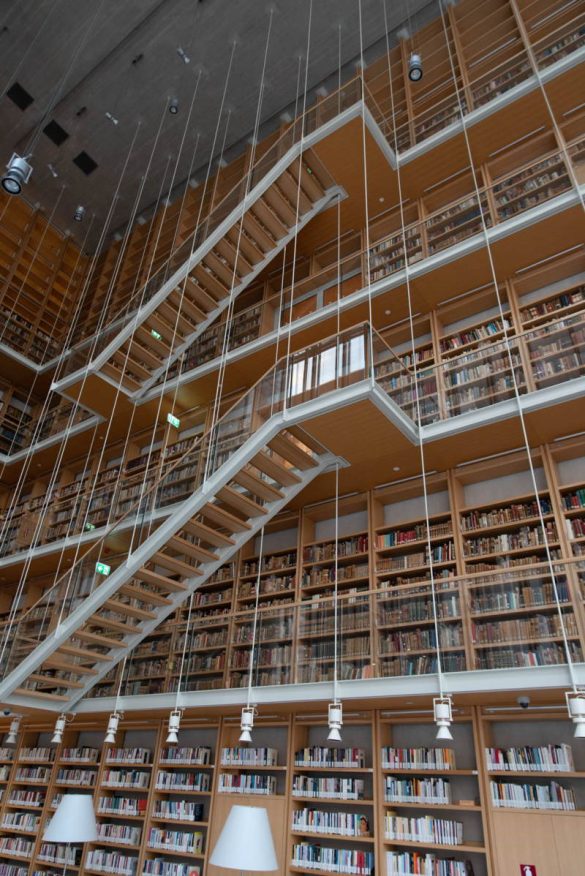 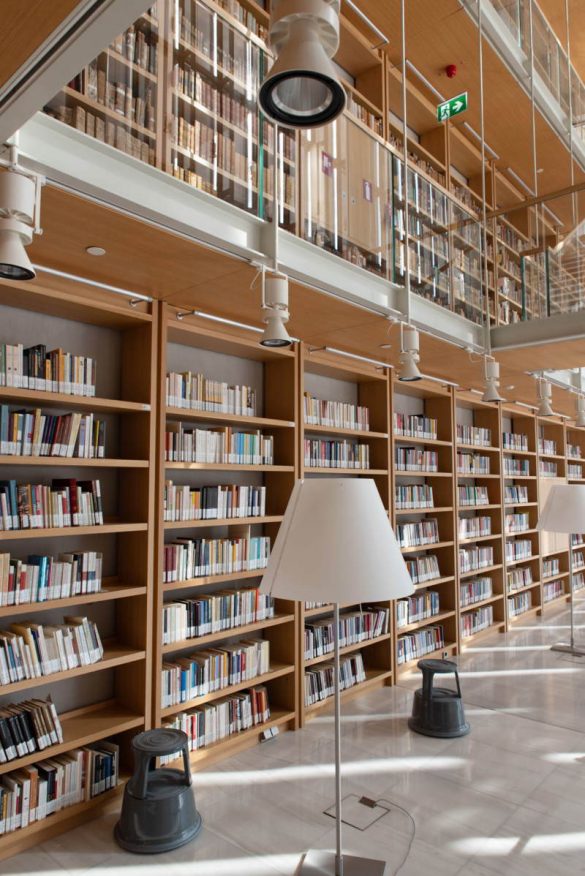 This €630m project funded by the Stavros Niarchos Foundation and donated to the Greek state in 2017, was by no means an easy one. But as they say, when there’s a will there’s a way. This project encompassed engineering innovation and sustainability in every way. SNFCC not only makes its own power making it energy sufficient during normal opening hours, but also collects rain water to be re-used for the watering needs of the park. Natural ventilation was opted when possible, while the green roof reduces significantly the heating and cooling needs of the building. Hence, it became the first cultural project of this scale to be awarded the LEED Platinum Certification in Europe, as a green building. This is the highest distinction for environmental and sustainable buildings.

This is a project that promotes community welfare above all else. More importantly it breathed new life into an almost dying concept of open air public spaces meant for gathering. That as ironic it may sound, since Athens was one of the first cities ever to embrace the institution of an Agora, had almost eclipsed altogether. Thanks though to the ingenuity of a brilliant design with a deeper understanding of the history behind this undertaking, resurfaced old meanings and values. It is now up to the new generations of Athenians to uphold them and pass them on a new. 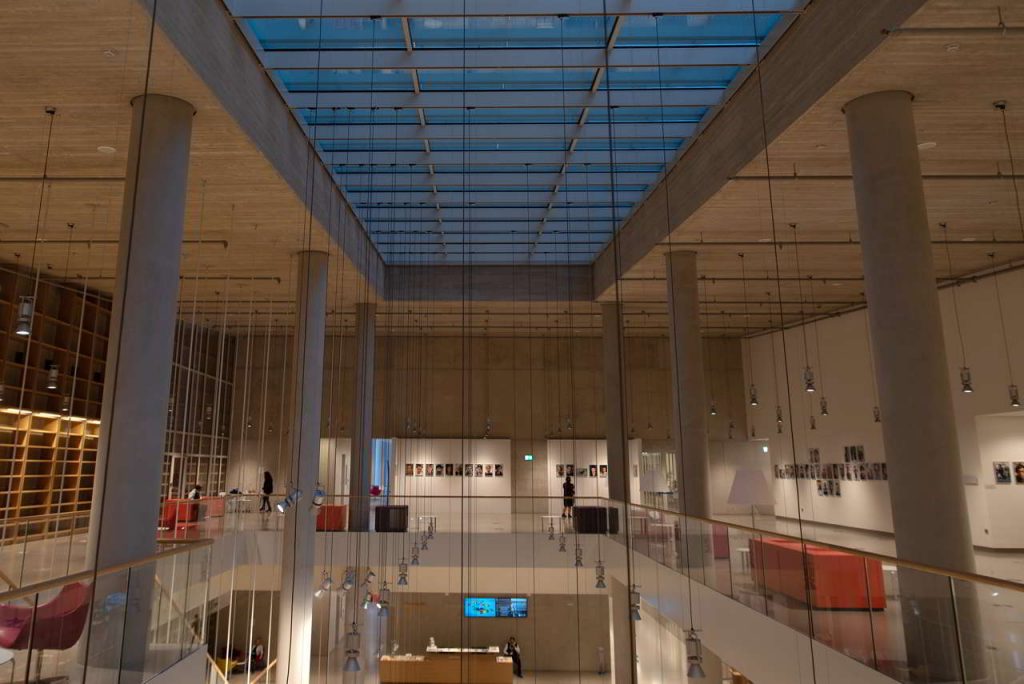 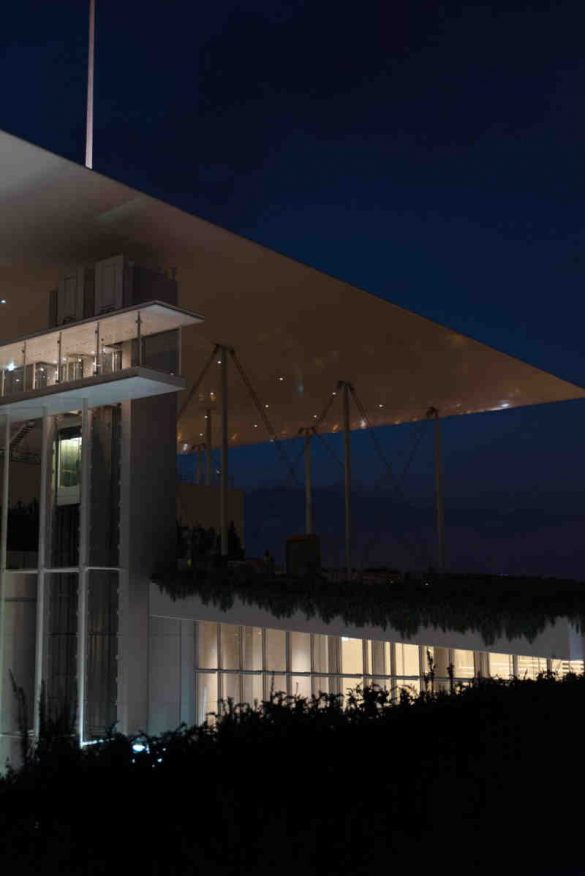 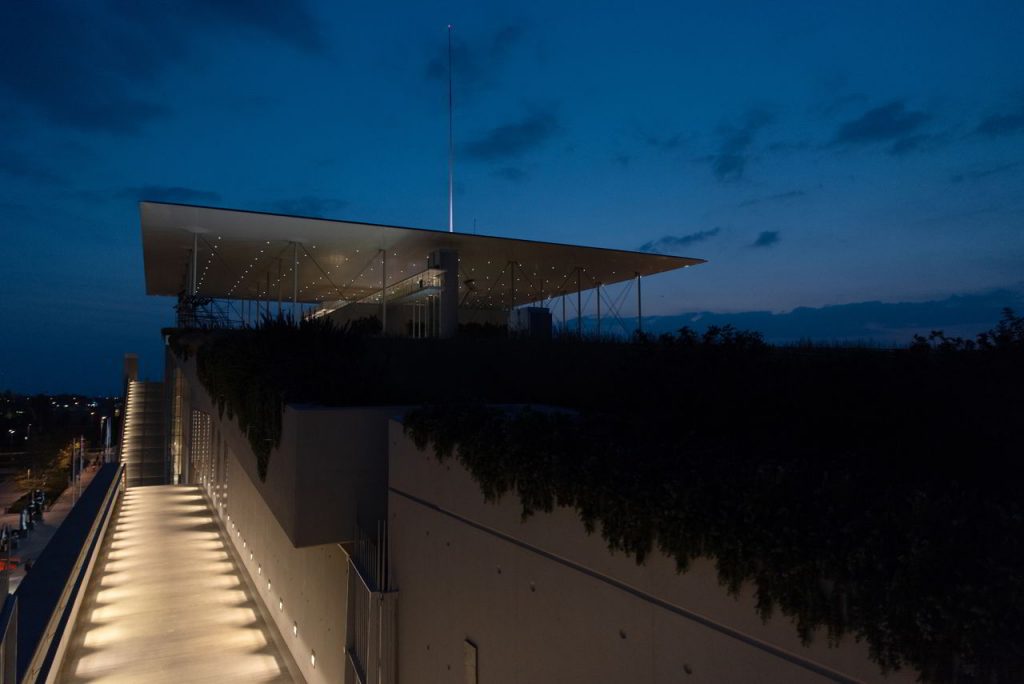 Velvet is half Greek half German living in Athens. She studied civil engineering at the University of East London and is now based in Athens, designing interiors and blogging at Te Esse by Velvet.

DESIGN TRAVELS | Four of the world’s most...

A dream destination to escape the cold this...

TRAVEL TIPS | 5 Simple Tips You Ought... 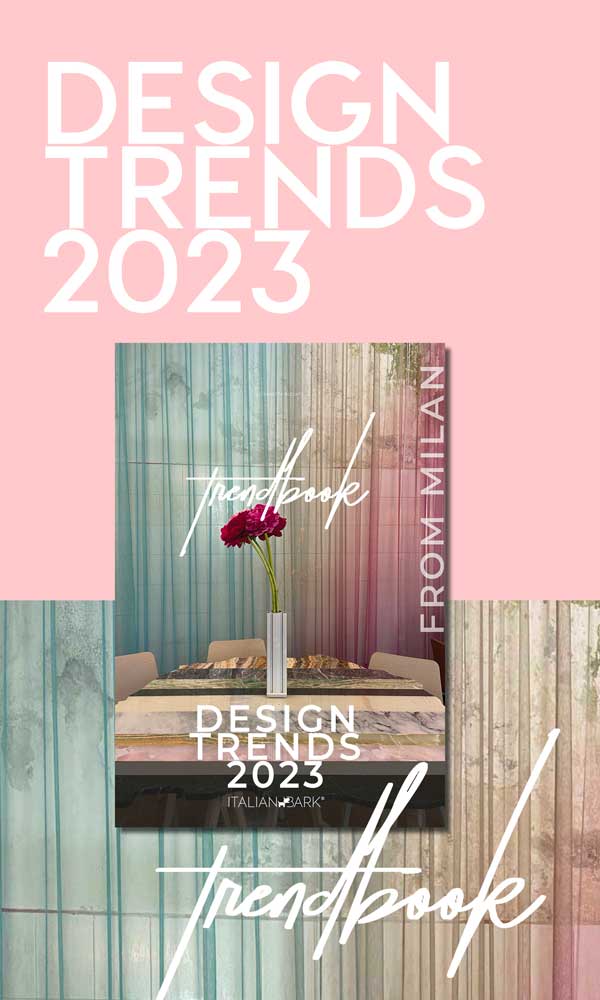 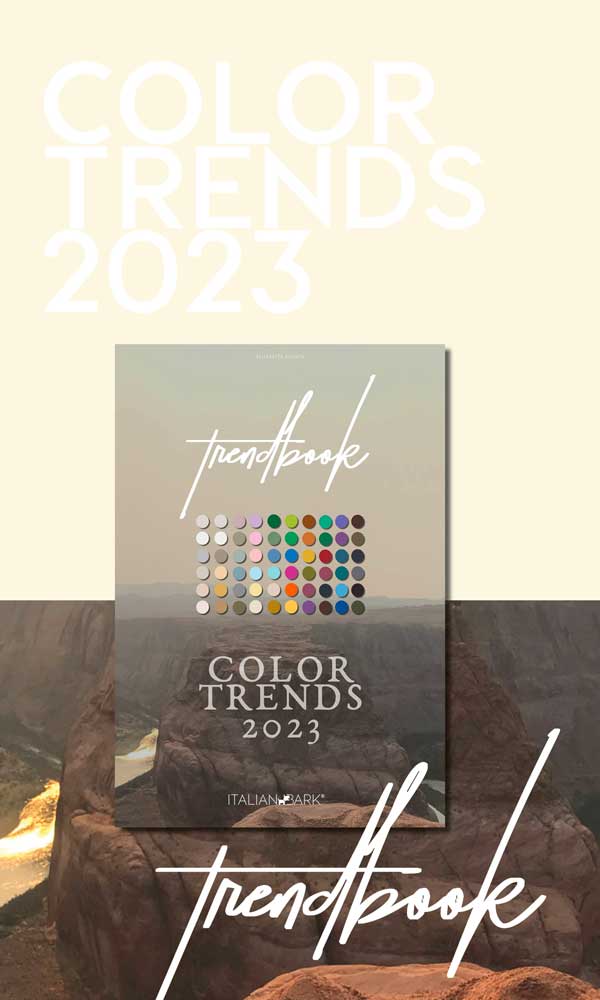 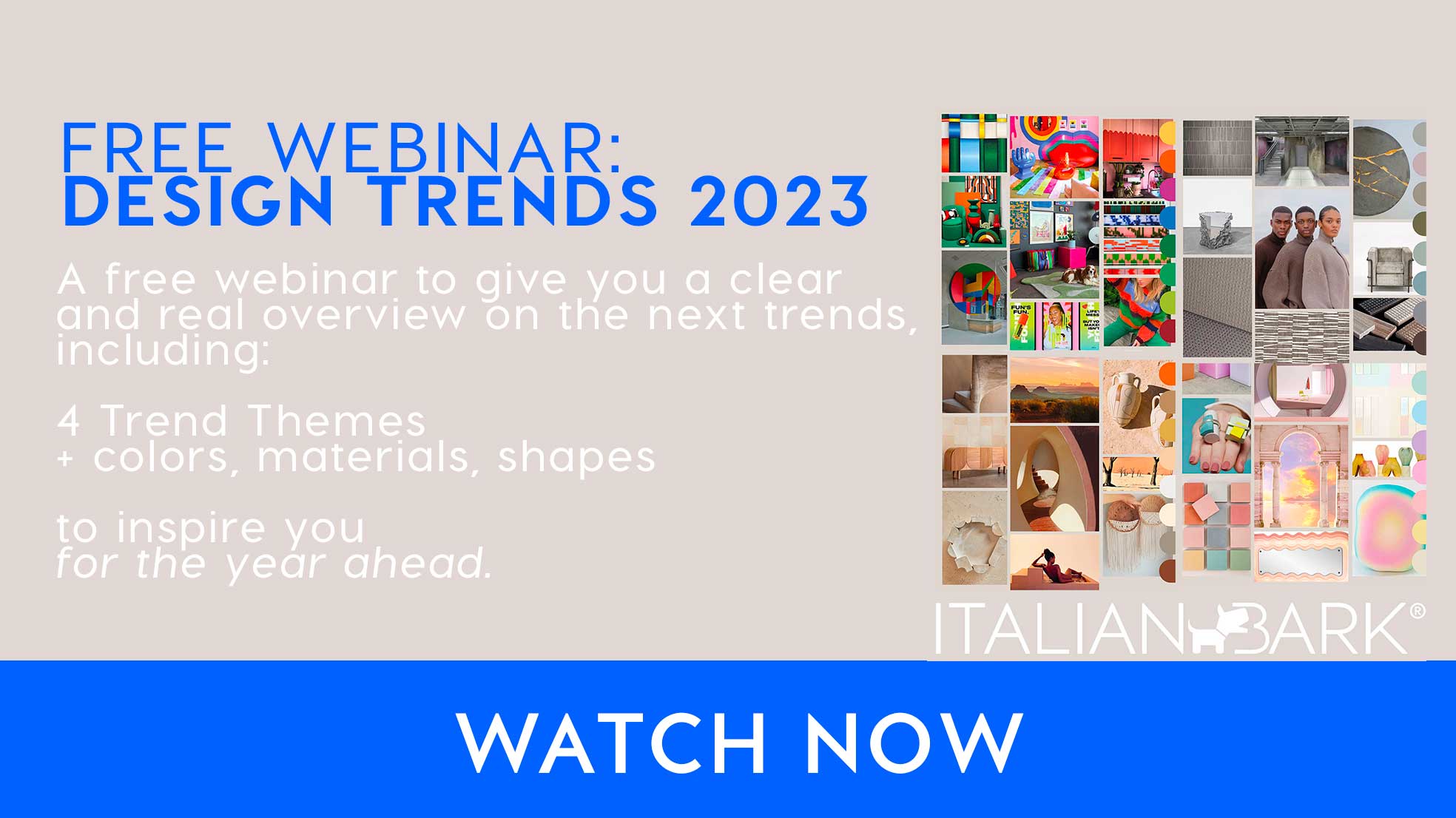