We are back after a short summer break – ready and raring to give you more colour inspiration this Autumn/Winter.

Starting this September with an old-fashioned yet at the same time absolutely contemporary: Mauve. 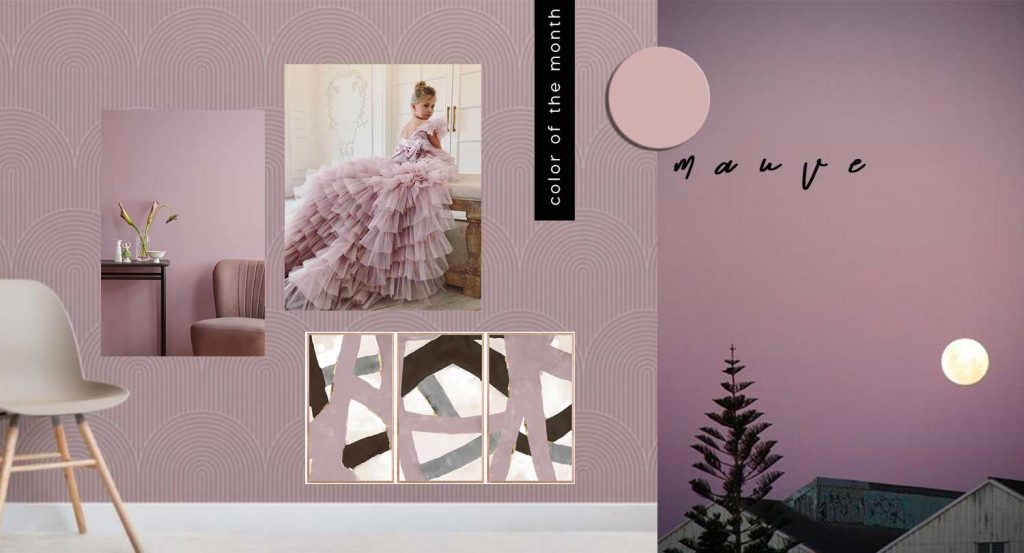 THE HISTORY OF MAUVE – IN DESIGN & FASHION

Named after the mallow flower Mauve is defined as a pale purplish pink colour with grey overtones.

The first use of the word Mauve as a colour was around 1796, however its use seems to have been rare before 1859. Until the 1950s, cloth was dyed using plant materials; a huge industry related to this, although dyes were not marvellous with colours described as quite dull and also often faded in light.

The making of Mauve changed in 1856, when one man of the name of William Perkin invented “a colour that changed the world.” In an effort to combat the ongoing worldwide malaria epidemic, Perkin experimented with the aim to make quinine; a cure for malaria, which would have made any inventor very rich. Instead he inadvertently generated an interesting mauve-coloured residue; a bright purple substance that dyed silk permanently.Perkin accidentally invented the first synthetic organic dye in history, that of the colour mauve.

Who would have thought that mauve was found by mistake whilst trying to find a cure for malaria? Originally named Tyrian purple after the historical dye but renamed and marketed as Mauve. 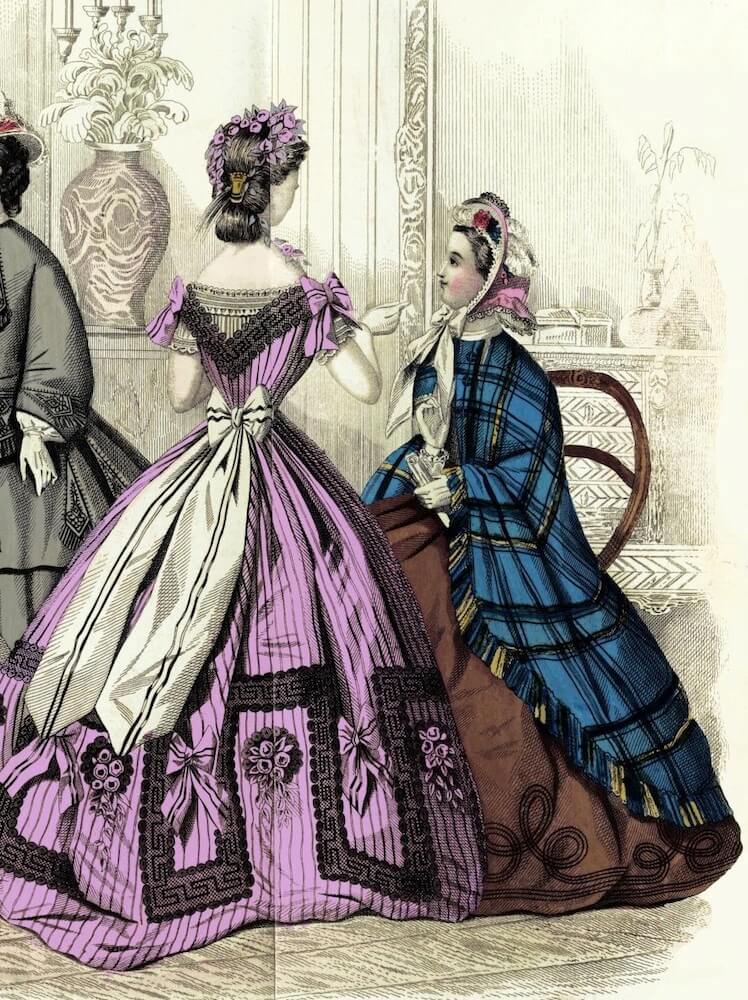 Shortly after he got his start-up into production, there was a sudden European-wide craze for the colour Mauve. Perkin earned a fortune, as purple became a fashion must have. Worn by royals and with celebrity endorsements, then as now, drove sales to new heights and “Mauve Mania” swept through Europe. The 1890s are sometimes referred to in retrospect as the “Mauve Decade” because of the characteristic popularity of the colour.

As a memory of the original dye soon receded, the contemporary understanding of Mauve is as a less-saturated, lighter version of the colour than originally known. Mauve holds most of the personality of purple,however it is not as prominent and powerful. More timid, it is perfect for people attracted towards purple but looking for a shade that is neutral and subtle.

Mauve is the colour of inspiration and innovation.

Mauve may have an old-fashioned association a bit like lavender or lilac but these are making a return. Starting from Pantone 2020 Classic Blue , when mauve was paired with the colour of the year.

For a modern take on Mauve, how about the monochrome look. Modern Monochrome goes beyond just black and white; it takes into consideration the tonal harmonies and of course brilliant for incorporating tactile textiles too!

Mauve – you would be surprised by the many and marvellous shades – delicate and dusty to truly moody. Move over pink and make room for Mauve. Modern to the New Romantic, simply Scandi to the Traditional. Whether you feel like painting a wall, or including the colour on soft furnishings and pattern – give Mauve a go. 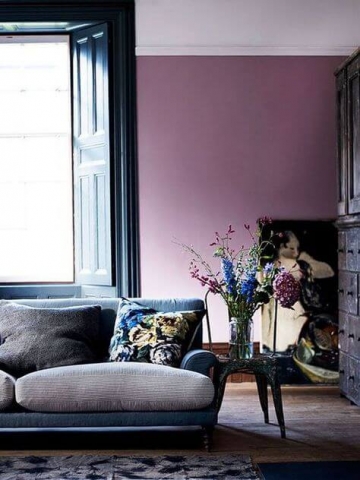 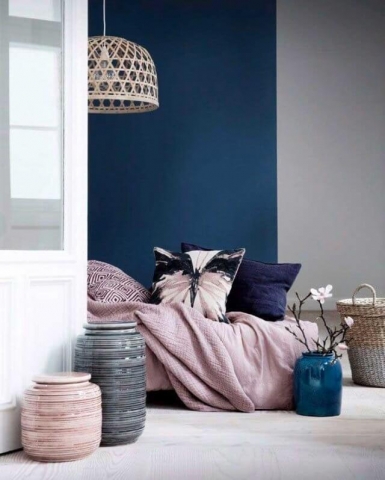 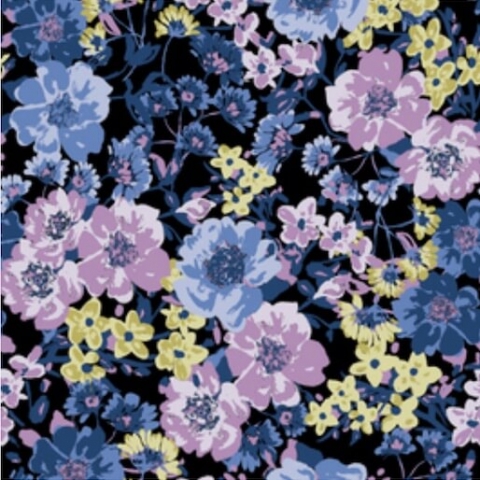 Via / ItalianBark / via / source 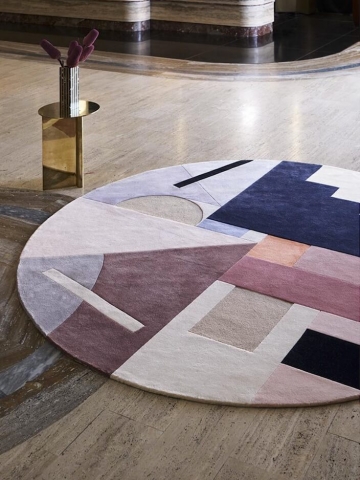 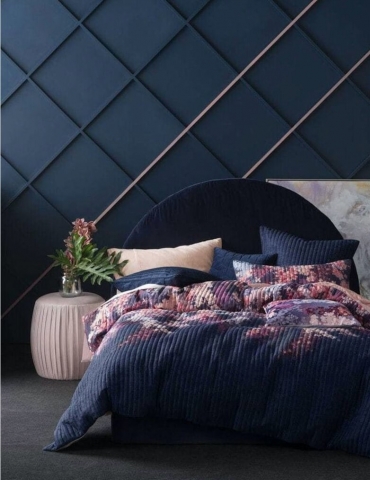 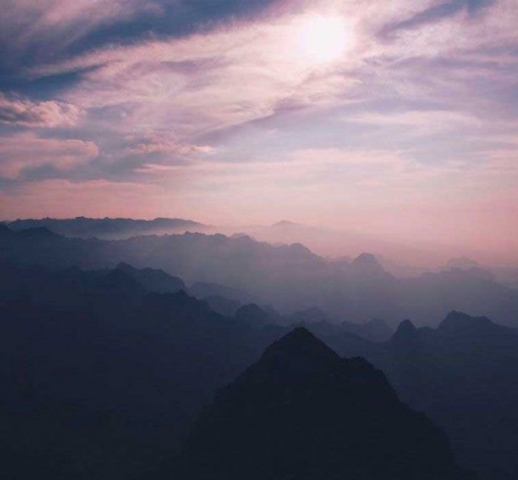 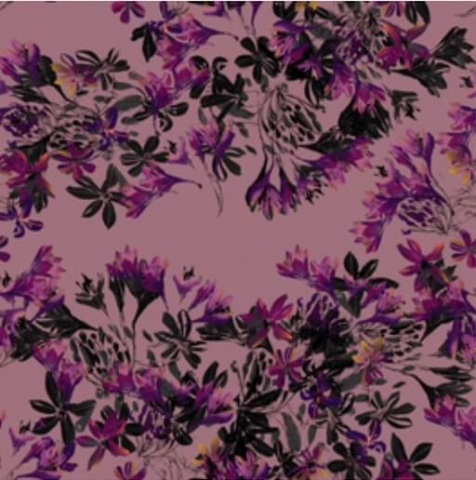 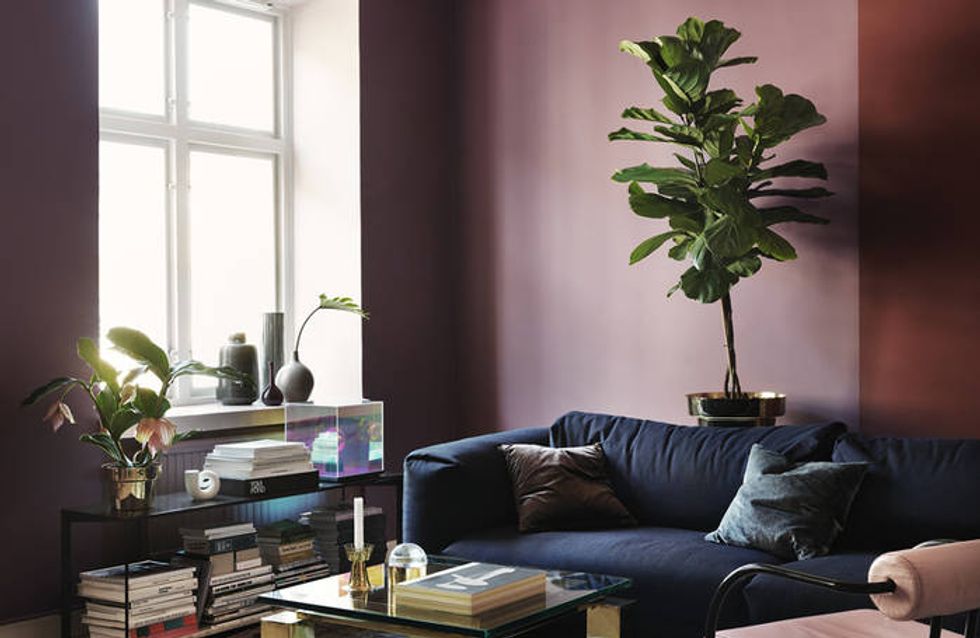 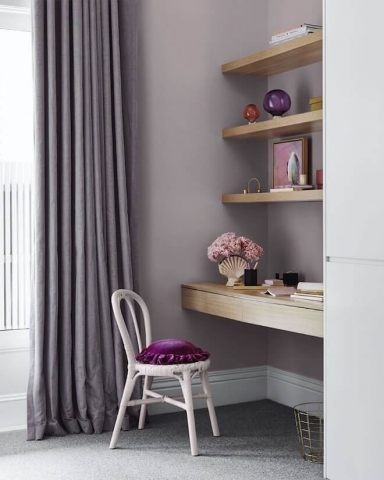 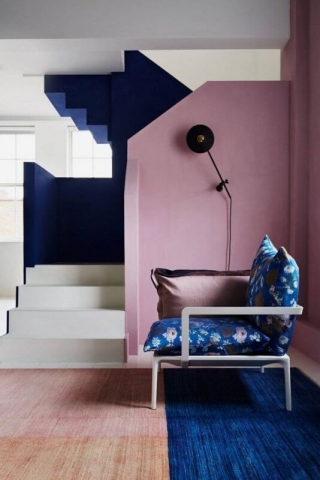 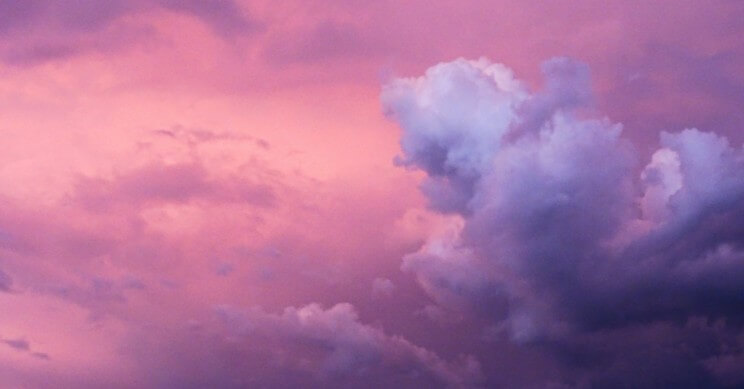 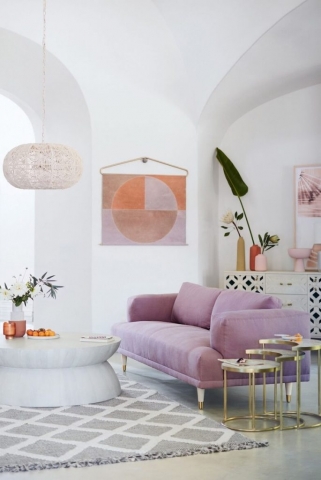 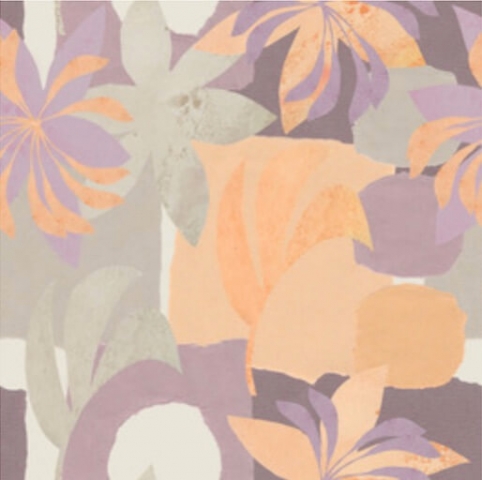 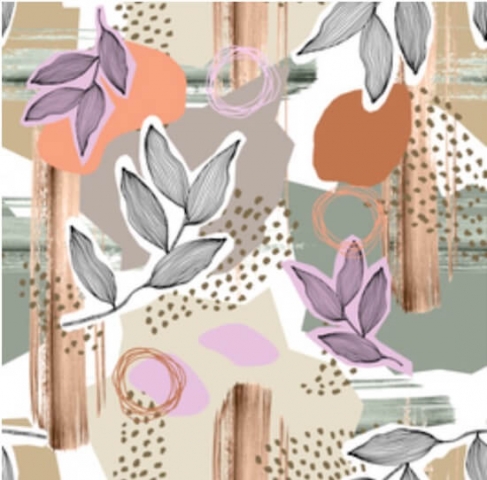 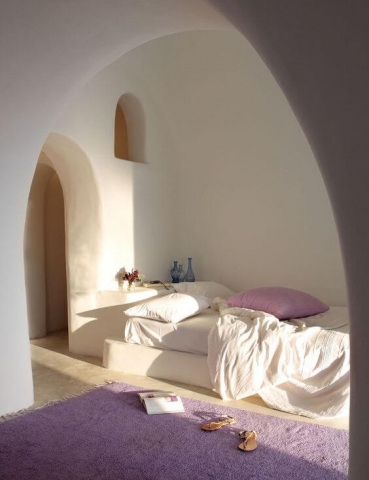 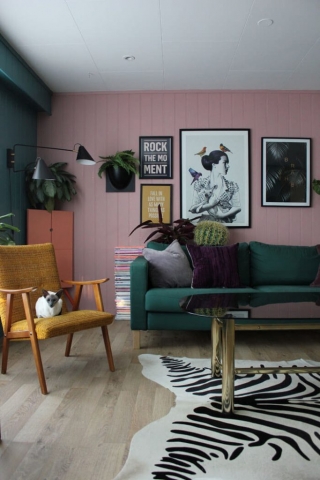 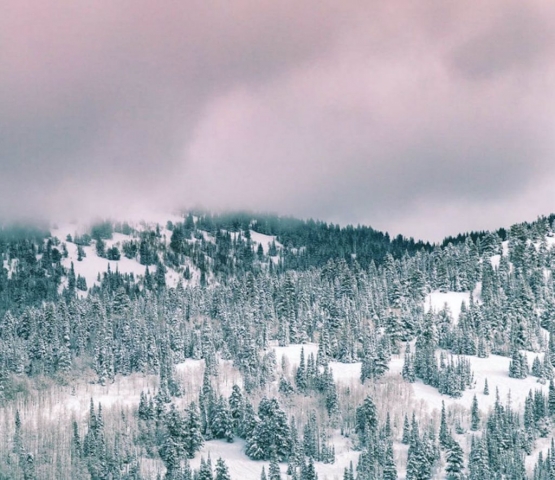 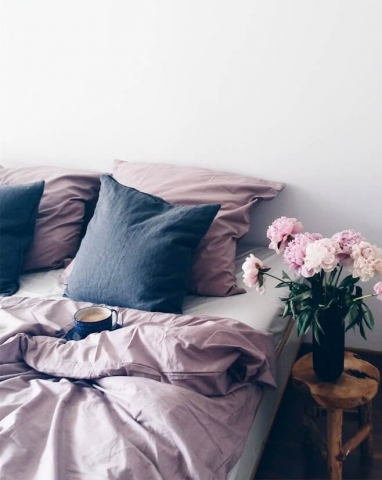 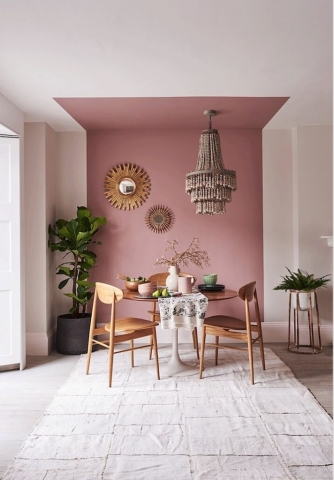 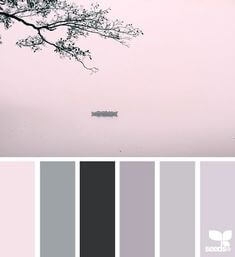 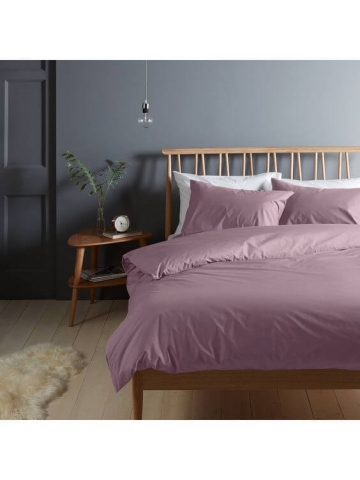 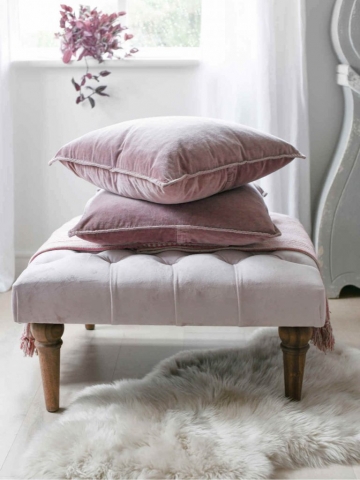 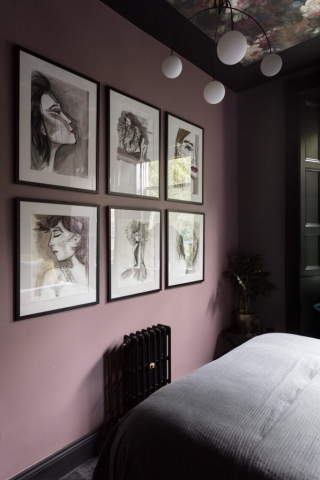 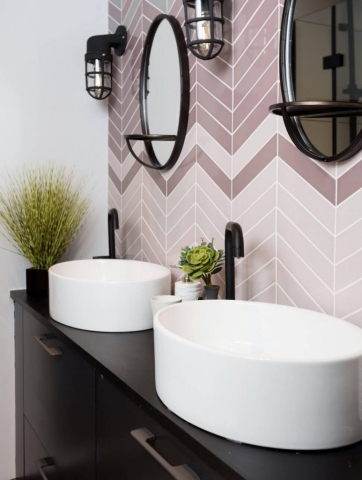